A U.S. Senator has Contacted Apple's CEO Seeking Support for 'Do Not Track' Legislation that has had a Troubled History 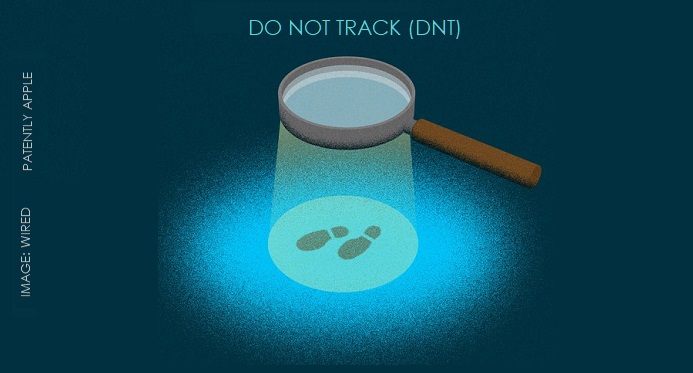 Patently Apple posted a report late yesterday titled "Apple's new 'Sign in with Apple' Security Feature caught the Attention of CBS News in a new Interview." The new security feature will be coming to iOS 13 when new iPhones are launched in September.

A new report today informs us that one particular person who is highly interested in Apple's ongoing work on fighting ad tracking software is Sen. Josh Hawley (R-Mo.). The Senator wrote to Apple's CEO to applaud Apple for their new security software feature announced at WWDC and asked for his support for new legislation in the works.

It just happens that last month Hawley introduced legislation to create a federally enforced Do Not Track registry. The bill, which has the support of Sen. Dianne Feinstein (D-Calif.), would allow Americans to opt out of companies collecting their data beyond what is “necessary” for those services to run. And companies would face steep penalties if they fail to respect that decision.

Companies facing steep penalties is the key to this law if it could ever get passed. After watching Apple's keynote (or at least learning of it), Hawley wrote a letter to Apple's CEO asking him to institute a "Do Not Track" option for Apple customers, which would allow users to opt out of any online tracking on the App Store beyond what is "indispensable" for the programs to run.

Hawley wrote that he was "pleased" to see Apple announce on Monday that it will restrict apps from permanently tracking users' location and tapping into data about which Wi-Fi signals they are using. "But you can still do better," the Missouri Republican, an outspoken critic of Big Tech, wrote.

In the letter, he urged Apple to institute a policy that would require all apps on the App Store to respect users' wishes if they choose the Do Not Track option.

The Hill noted in their report that "Previous attempts to create a federal Do Not Track registry failed about a decade ago amid industry pressure. Critics have said that proposal fell apart because it was largely voluntary — companies were asked to adopt Do Not Track measures without any threat of penalties if they refused to do so. Most of the country's largest internet browsers ultimately opted to ignore signals from customers who said they did not want to be tracked or for their data to be collected. For more on this, read the full report by The Hill here.

Wired posted a report back in February of this year on this very subject titled "A Second Life for the 'Do Not Track' Setting—With Teeth." At one point the report notes that Apple decided to remove the DNT function from Safari in iOS 12.1, citing "fingerprinting risk." Fingerprinting allows a site to identify a user based on traits specific to their devices or browser, and as Apple tried to argue, DNT could be one more setting used to track you. While the particular fingerprinting risk cited by Apple is extremely low (as Firefox’s telemetry data suggest), the message risks demonized DNT. It's a great background story on 'Do Not Track' that you should check out here if you have the time.

While Apple's CEO may or may not support the proposed legislation in its current form, Apple may be able to provide Senator Hawley with valuable insight on the issue from the perspective of a leading mobile player.