A Deeper Look at Apple Watch in 2018 shows us that even with more competition, Apple's Lead in this sector is Staggering Last week Patently Apple posted a report titled "IDC sees Growth in Wearables through to 2023 with Apple Watch Leading the Way." A new analytical report this morning on global smartwatch shipments states that this segment of the tech sector grew a healthy rate of 41% year-on-year (YoY) in 2018 driven by Apple, imoo, Fitbit, and Samsung.

More specifically Counterpoint Research Analyst, Satyajit Sinha pointed to Apple's growth. He noted that "Apple Watch shipments grew a solid 22% YoY in 2018. Apple Watch Series 4  was the star performer. It sold 11.5 million units during 2018, making it the best-selling model for the year.  We believe its success was due to its focus on health-related features like ECG and fall detection. Further, it speaks volumes of how far Apple has come with Apple Watch as a meaningful health device.

Sinha added that "The overall smartwatch segment is going through a phase of evolution of cellular capabilities, which can make it a true standalone wearable device. Players like Apple, imoo, Samsung, Huawei, Ticwatch, and other kids watch brands were the early adopters. However, Apple and imoo cellular smartwatch contributed to 13% and 10% of 2018 shipments, respectively." 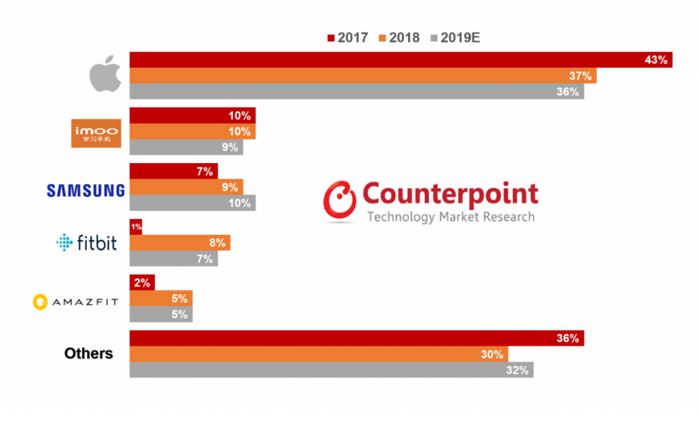 The top five best-selling smartwatches accounted for 48% of the market in 2018. 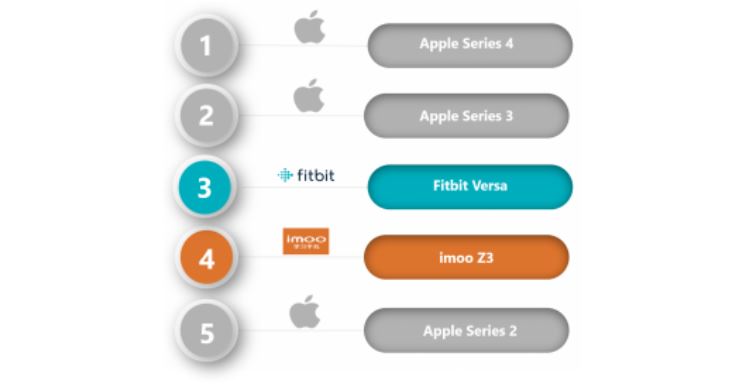