The U.S. Stance on Huawei Escalates as they put 67 Huawei Affiliates on a Blacklist banning Access to U.S. Suppliers 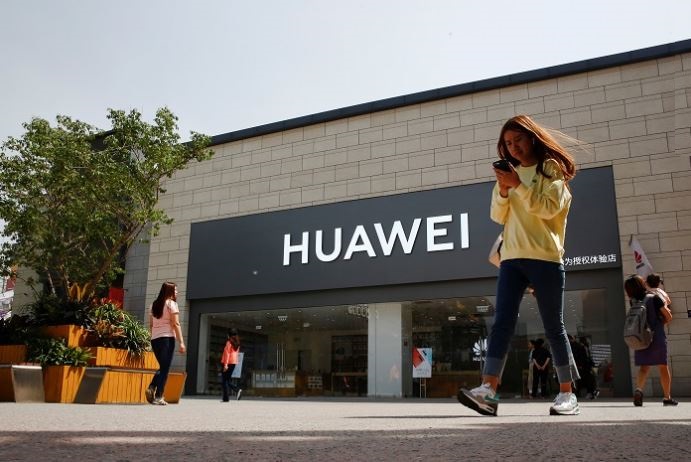 On Wednesday U.S. President Trump signed an order to protect U.S. networks from foreign espionage. We're learning today that the order lists 67 Huawei affiliates around the world that will be restricted from accessing U.S. suppliers beginning today.

A new report posted today notes that the U.S. department said it has put Huawei on an 'Entity List,' meaning that any U.S. company will need a special license to sell products to Huawei, which is the world’s largest telecom networking equipment maker and second-largest smartphone manufacturer.

Following the restrictions on Huawei’s access to U.S. suppliers, the Trump administration will come up with measures to block U.S. imports of Huawei products.

Commerce Secretary Wilbur Ross said Trump had given his department 150 days to establish a process to screen U.S. companies’ purchases of equipment from Huawei and other equipment providers with which officials have concerns.

Washington has pressured both allies and foes to avoid using Huawei for 5G networks as the company poses a significant risk of involvement in activities contrary to the U.S. national security or foreign policy interests. Though at the moment, France and Germany in particular are thumbing their nose at the U.S. position as they do on many issues at present.

Washington’s action is expected to disrupt Huawei’s production of telecom equipment and smartphones. Huawei is currently purchasing $67 billion worth of semiconductor-related parts from about 92 major suppliers every year.

If Huawei suffers disruptions in its operations, it will affect the introduction of 5G services in many countries around the world.

An employee of Huawei told Nihon Keizai Shimbun that if transactions with U.S. suppliers become more difficult, it could have a bigger impact on telecommunication devices than smartphones and that implementation of 5G services in other countries could be delayed due to a delay in supply of Huawei 5G telecommunication equipment.

Analysts say that the U.S. sanctions on Huawei are not limited to U.S. companies. In principle, the U.S. Export Administration Act of 1979 applies to all products that contain more than 25 percent of U.S. products or software. For example, even products made by a Japanese company cannot be traded with Huawei if the U.S. parts account for more than a quarter of the total parts.

Japan's Murata Manufacturing Plant, which supplies capacitors for smartphones to Huawei, and Taiwan's Hong Hai Precision Industry Co., which is the world's largest smartphone producer, are also expected to suffer.

Washington’s sanctions against Huawei are also expected to escalate the ongoing trade disputes between the United States and China. Commerce Secretary Ross said that his department’s action against Huawei is not part of China trade talks. But analysts say that the Chinese government will use non-tariff barriers to retaliate to protect Huawei.

In a new report posted by China's Caixin global today, we hear the Chinese perspective on this issue. The reports states: "Wartime generals plan for the worst. And the head of Huawei’s chip unit has drawn up her battle plan, according to a recently leaked document.

Huawei's chip unit’s CEO — He Tingbo — said Huawei foresaw years ago that the U.S. government might 'suppress' the company and cut channels for it to acquire chip-related technology from the U.S. And indeed, this fear has become a reality.

The move may especially disrupt Huawei’s chip production, which depends heavily on American components. Therefore, the chip unit, called HiSilicon, has developed 'alternative chips' for just such a scenario — though it did not expect the situation to actually happen, the letter reveals.

The letter, seen by Caixin, went on to state that "As the U.S. made the 'insane' decision to put Huawei on the blacklist "with no evidence," and "history has made the choice" to put all reserved alternative chips into formal use "in one night."

In a report that we posted back on May 10, we presented a graphic from the New York Times that showed the tariff imbalance between the U.S. and China. Why should such an imbalance be allowed to continue? This is the time to stand up against Chinese aggression. 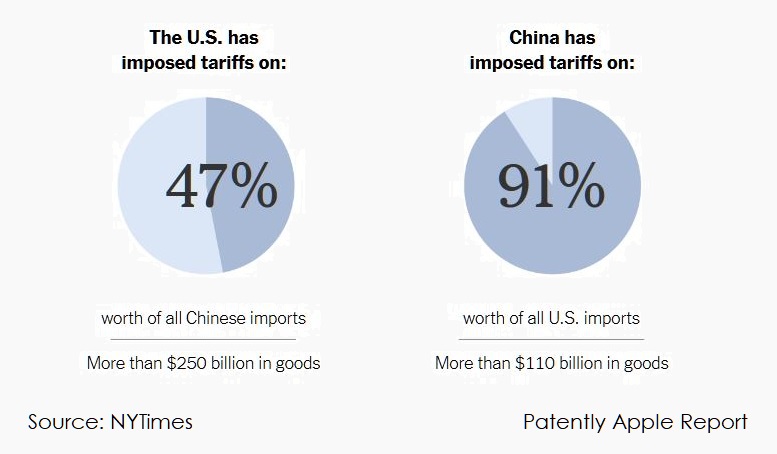 The U.S. almost had a trade deal with China last week when the Chinese decided to back out of the deal by backtracking on protecting US Intellectual Property (IP). China wants to protect their aggressive stance on stealing U.S. IP

Make no mistake about it, China is a powerful vindictive nation. For example, in Canada, for holding Huawei's CFO in Vancouver to face extradition to the United States on suspicion she violated U.S. trade sanctions against Iran, the Chinese immediately retaliated by arresting two Canadians out of nowhere. The Chinese then charged the two Canadians for espionage hours after the U.S. ban on Huawei was announced this week.

Was that coincidental? – Of course not. John Bolton was the latest ally of U.S. President Donald Trump to condemn China for its detentions of Canadians amidst a dispute with the Americans over Huawei.

Earlier this month China banned Canadian Pork and Canola over the Huawei dispute.

It's hard to feel sorry for Huawei when China is being a bully with a smaller country like Canada over Huawei. It's hard to not see China as an aggressor who will do anything it has to do to get its way.

It was reported by Reuters on Wednesday that Treasury Secretary Steven Mnuchin had stated that he would be visiting China soon for more trade talks. On Thursday China's commerce ministry spokesman Gao Feng made it clear that he was unaware of any such plans for US trade negotiations to return to Beijing. 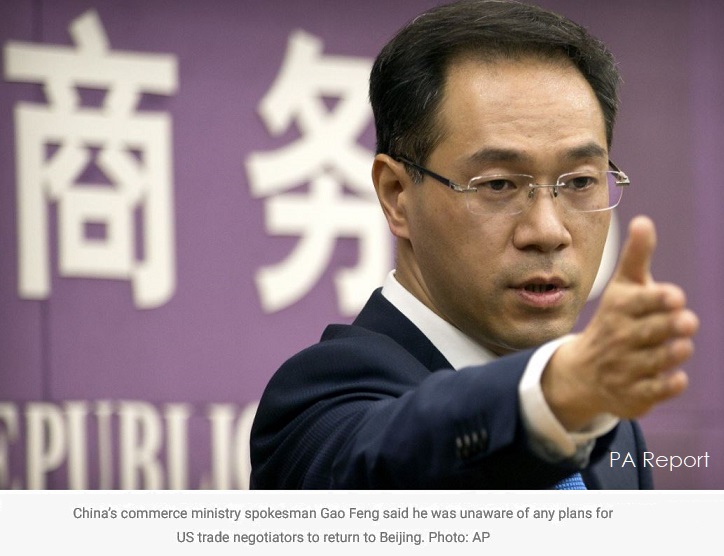 In typical fashion, China twisted the reasoning for the failed talks on its home turf by stating that "Both sides had candid and constructive communications in the last round of talks, but very regretfully the US unilaterally and continuously escalated the trade conflict, which led to grave damage to the discussions."