Home Archives Contact Us Subscribe Twitter MeWe Patently Mobile
The U.S. Stance on Huawei Escalates as they put 67 Huawei Affiliates on a Blacklist banning Access to U.S. Suppliers
Facebook has to know by now that when Left and Right Sides of the Aisle are Angry at them, they're in Deep Trouble 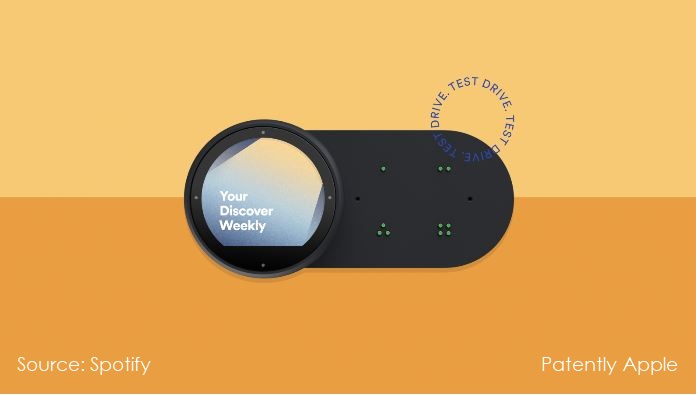 Apple competitor Spotify published a note on their website today telling their customer base about a test that they're conducting in the U.S. Their 'on the road again' notice states that "Americans spend 70 billion hours behind the wheel each year. That’s a lot of time spent on the road. So what you do—and what you listen to—to help you get through those long hours in the car matters. That’s why Spotify is trying to learn more about people’s listening habits and preferences to help create an unparalleled experience for our users.

About Spotify's Test with 'Car Thing'

Knowing Spotify, they're probably working on how to get the E.U. Commission to look into Apple's CarPlay interfering with their in-car plans or how "Home-Kit" has an unfair advantage.

Earlier this month Patently Apple posted a report titled "The EU Antitrust Commission will reportedly begin a Formal Investigation into Apple that started with a Spotify Complaint."

Margrethe Vestager, the EU’s competition commissioner who was behind Apple's €13 billion tax ruling is now investigating the latest Spotify complaint. Vestager who is currently an EU Presidential candidate wants a global push on digital taxes.

In an interview with CNBC’s Karen Tso at the VivaTech conference in Paris, Vestager, a Danish official, said that she wanted to see “fairness” in digital taxation. 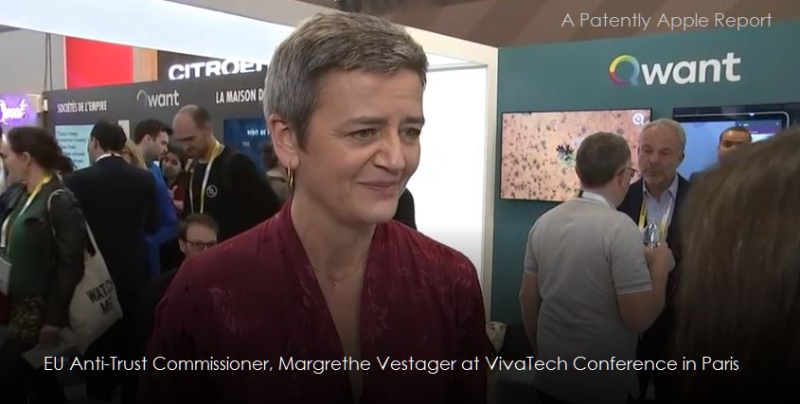 CNBC's Tso brought Apple into focus with Vestager at the conference: "There's been a lot of venture capitalists griping about Apple's behavior against Spotify, both having music streaming platforms and you've been looking at whether to launch a formal investigation. What can you say about that?

Vestager: "Spotify has launched a complaint and we're in the process of looking into that. Of course the first thing we do is that we ask the company that's being complained about. We're in the process of getting their answers back. And of course we will then dive in because this market is very important for us, because we have this larger issue at stake as well. Can you, if you are dominant in a market; you have basically won this market; can you then compete with the people doing business with on your platform. So this complaint is also a part of the larger endeavor in order to make sure that we have fair competition."

The question about "venture capitalists" being the one's griping wasn't really answered. Is the EU being pressured by "venture capitalists" to start this investigation on Apple? And when Vestager said "this market is very important to us," who is "us." Was she not saying that she will ensure a ruling against Apple because it's important to European interests? There were more questions than answers in that part of the CNBC interview.

You could learn more about this interview below where Vestager weighs in on large U.S. tech giants being broken up and more.