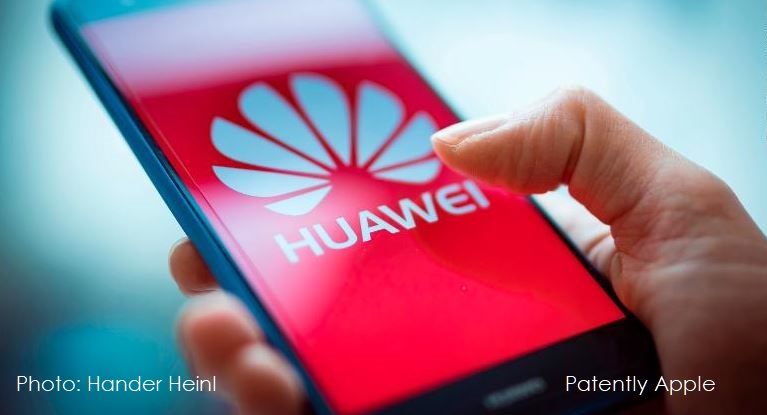 Although the market buzz for Q1 2019 was how Huawei surged in the smartphone market while Apple fell, Huawei has been able to craft a market myth that Huawei is the new leader in the market which isn't totally accurate.

Patently Apple posted two reports in April and two reports in May using different analytical report data showing that Apple remained the king of the Premium Smartphone market in Q4 2018 and Q1 2019 as presented below:

02 – April 16, 2019: A second report posted that day, based on data from Counterpoint  was titled "A Review of 2018 showed that Apple Remained the King of Premium Smartphones Worldwide."

Apple has been consistently the leader in the toughest part of the market, the Premium sector because of their intelligent holistic approach to selling iPhones based on both softare and hardware improvements; on Apple Music and iTunes; on free productivity apps; on protecting privacy; on movie sales and rentals, on iMovie, Apple Pay, Apple TV and health.

Apple delivers a top product top to bottom and their sales prove that customers like the entire package that Apple is selling to keep them the #1 premium smartphone in the world. Do some OEM's beat Apple on one or two hardware features? Perhaps, but that one or two features doesn't make the entire smartphone a leader.

On the other hand, Huawei swept the market in Q1 2019 and the buzz was deafening from the media overall. Based on shipments, Huawei rose to become the #2 smartphone OEM.

But what does that really mean in terms of leadership when 73% of their shipments were for phones below $300. In fact 43% were for phones under $200. That's what new Counterpoint data, as presented below, proves out. 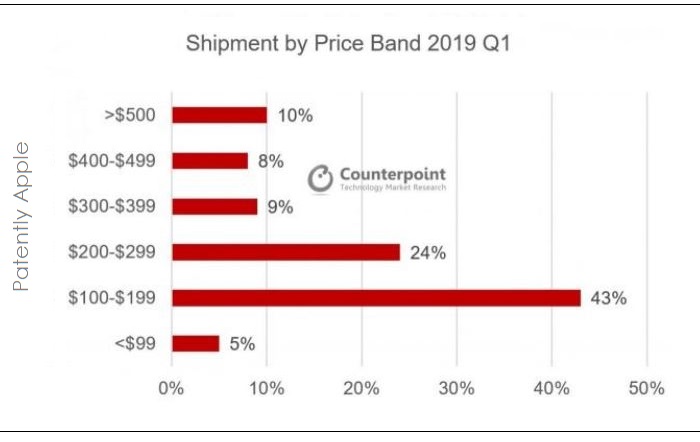 Despite their loud Huawei keynotes laughing at Apple's iPhone by showing comparison charts, Huawei's high-end smartphones that every reviewer seems to love, only took 10% of the premium market. In contrast Apple focus is delivering smartphone in the over $500 category. Huawei's mid-tier phones took 17%.

So in reality, Huawei is the leader of phones in between $100 to $199. What's to brag about with those statistics? Even if they sell a folding phone this year, how many will they actually sell? At the  price level they've set, it's clearly a marketing game. It doesn't prove leadership. Until that category is selling in the tens of millions, it's just marketing noise.

ZNet's contributor and product reviewer Matthew Miller praised Huawei's new camera on the P30 Pro for night shots and their great zoom feature as presented in the video below (audio only if you're note a subscriber to CBS. Just tap the bottom of the video to start or stop the audio review). Many tech reviewers have done the same. So I'm not saying Huawei isn't innovating, they are making a contribution of pushing the tech ball ahead. But at the moment, they're only leadership is in selling basement bargain phones.

I've always been baffled by Wall Street's love for blind stats of volume shipments, that in the smartphone market up until this day, means absolutely nothing. What kind of profit can Huawei be making on a $150 phone?

On the profits front, no one holds a candle to Apple thus far and with $150 phones leading the way, Hauwei is nowhere near Apple's true leadership. In fact, they're not even in the race.