Apple is still widely considered a hardware company, because they are. The statistics show Apple's product mix is 80% hardware and 20% services. Within Apple's hardware, they've broken it into distinct categories of iPhone, Mac, iPad, Wearables (Home & Accessories) as Statista's chart below illustrates including a breakdown of products. 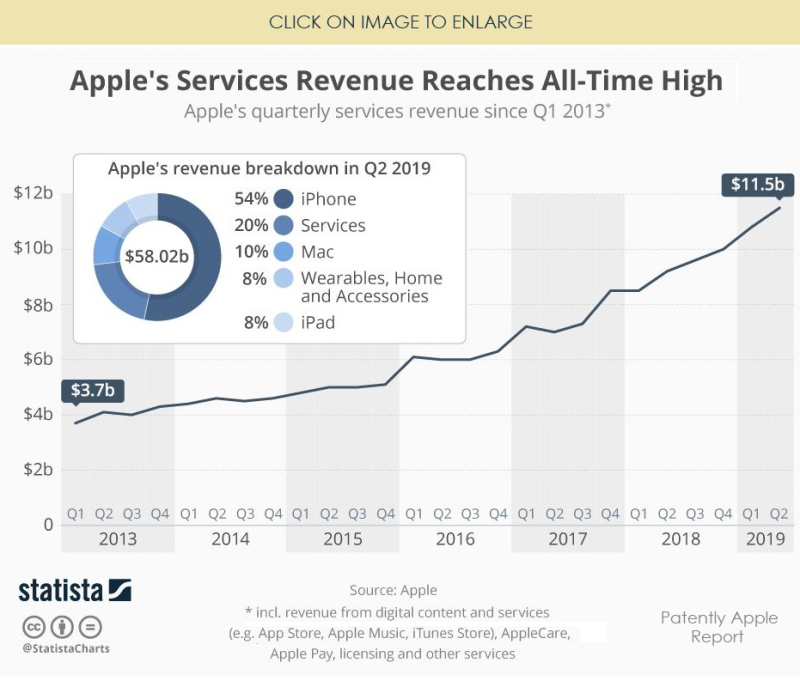 Statista adds that "Having been considered a tool to keep consumers locked in Apple’s universe and ultimately improve hardware sales for many years, recent statements and actions indicate that Apple has started embracing services as an opportunity of its own rather than an instrument to sell more iPhones.

Bringing Apple Music to Amazon Echo devices and Apple TV streaming to smart TVs would have been unthinkable a couple of years ago, as it goes contrary to Apple’s (in)famous walled garden approach. Apple's declared goal is to double its services business between 2016 and 2020" - and it's not that difficult to see that playing out on cue as Apple has forecasted.