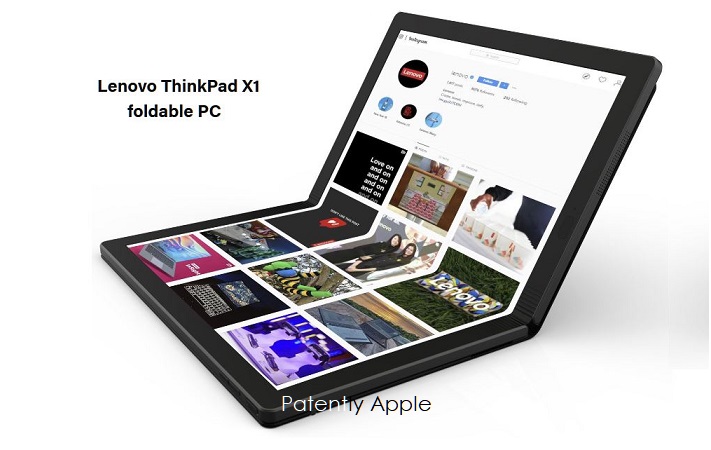 Last Wednesday Patently Apple posted a report titled "Intel Ramps up 'Project Athena' in a Symposium promoting Future Notebooks with 5G Connectivity, AI and new Form Factors." The report noted that "Project Athena will support dual display notebook designs as one of the new form factors, something that Apple patents tell us could be a possibility down the road (01, 02 & 03). One of Apple's designs for a dual display MacBook is illustrated below. 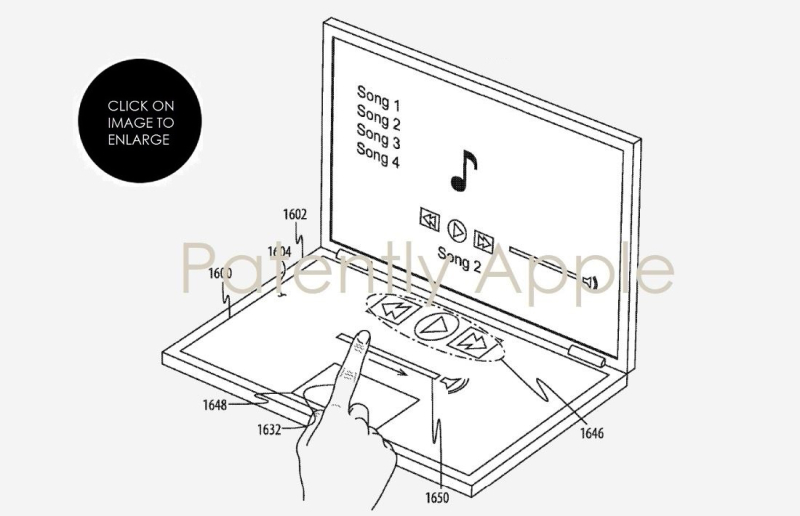 The second phase of Project Athena involves the inclusion of notebooks with "foldable displays." One such design is presented on the left side of the photo below. 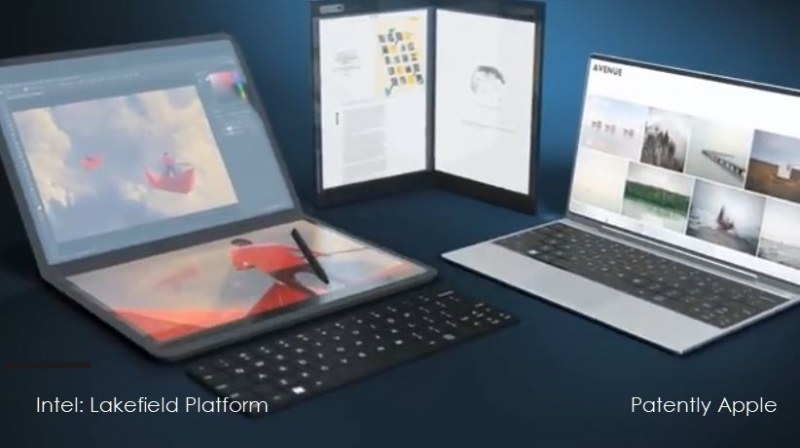 The report further noted that Joshua D. Newman, Intel's general manager of mobile innovation and vice president of the company's Client Computing Group, had said about foldable notebooks is that "the difficulty surrounding the technology means it will take 'at least some two years' for the foldable laptops to reach consumers."

Lenovo sent out foldable notebook prototype units to Windows Central, Engadget, PCMag.com and others to demonstrate that they are well of the pack in developing this next-gen form factor. 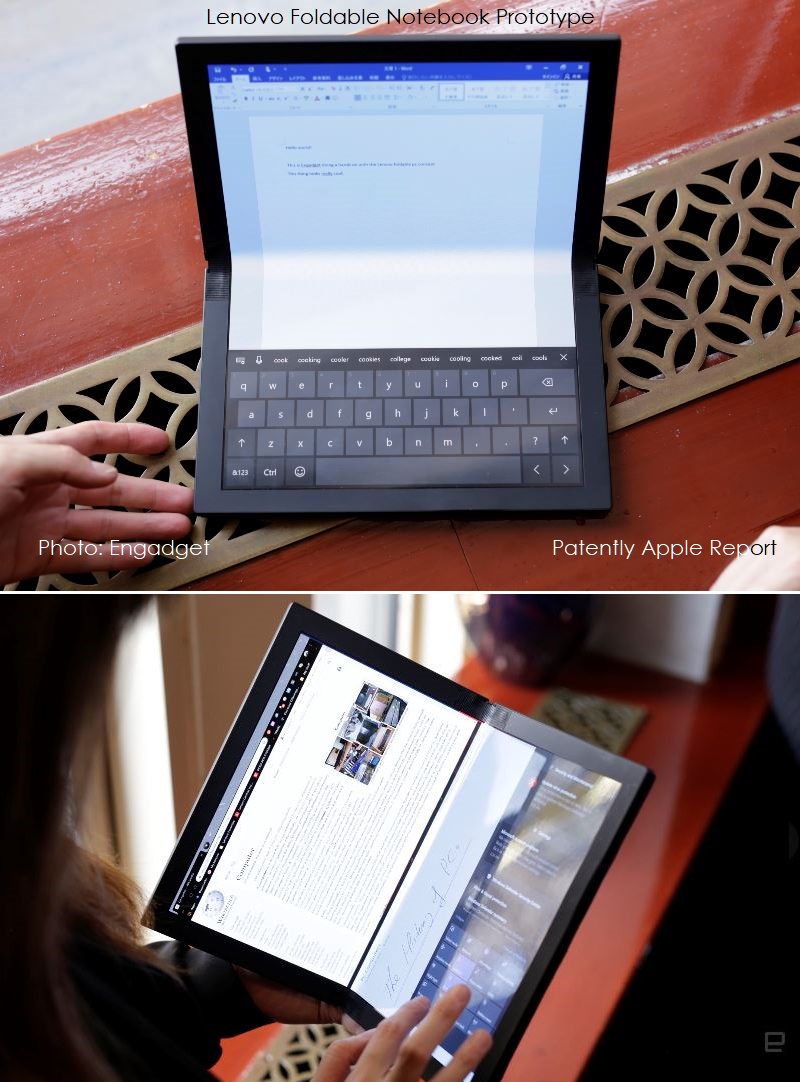 It's a "Windows-based" device being that it's associated with Intel's Athena Project. It's a 13.3 2K OLED display that supports both touch and ink. It offers a Wacom pen and system, stereo speakers, 2 USB Type C ports, Front-facing IR camera with Windows Hello and weighs less than 2lbs.

Below is a video of Lenovo's prototype from Windows Central

At the end of the day, Project Athena foldable devices will likely find an audience for those looking for a notebook for light work or messaging and using it for multitasking as one of the photos above confirms. It will also provide users with a large single display when opened that will support video gaming and more. It's display will dwarf that of a folding smartphone from Samsung and Huawei. Intel notes that it will provide 5G connectivity which means it's out to disrupt foldable smartphones powered by Qualcomm.

It's a new category of device that Apple is likely to consider in the not-too-distant future. Their many patents tell us that they've had their engineers working on this project for years.

For more on Lenovo's foldable notebook device you could read the reviews from Windows Central and Engadget.