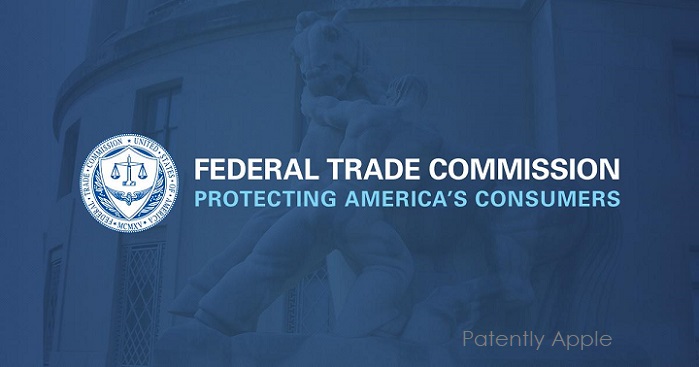 U.S. judge Koh has ruled that Qualcomm has unlawfully suppressed competition in the market for cellphone chips and used its dominant position to impose excessive licensing fees, , sending the company’s shares down 11 to 12 percent in pre-market trade as shown in the chart below under "pre-market" that you can view here for updates throughout the day as the stock price fluctuates. 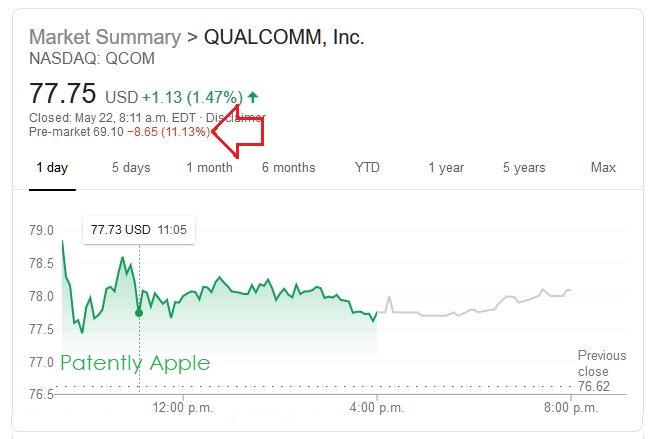 Reuters is reporting that "Qualcomm’s licensing practices have strangled competition in the CDMA and the premium LTE modem chip markets for years, and harmed rivals, OEMs, and end consumers in the process,” U.S. District Judge Lucy Koh wrote in a ruling on Tuesday.

Koh sided with the U.S. Federal Trade Commission, which in 2017 filed a lawsuit against Qualcomm, accusing the company of using 'anticompetitive' tactics to maintain its monopoly on a key semiconductor used in mobile phones.

In its complaint, the FTC said the patents that Qualcomm sought to license are standard essential patents, which means that the industry uses them widely and they are supposed to be licensed on fair, reasonable and non-discriminatory terms."

Bloomberg's report adds that "Judge Koh said Qualcomm must be subject to monitoring for the next 7 years to make sure it follows guidelines to ensure fair competition.

Qualcomm tried to resolve the FTC’s claims starting months before the case went to trial. But Bloomberg News reported that the company hit a wall with U.S. officials in February, failing to win over a majority of the FTC and its top officials despite extensive negotiations."

While Apple and Qualcomm settled their legal battle late last month, it would stand to reason that Apple will be happy with Judge Koh's verdict as this was their goal from the very beginning to see that Qualcomm was ruled a monopolist using anticompetitive tactics harming both business and consumers alike.