China's Commerce Ministry Announces that it is Set to Retaliate against the U.S. Huawei Affiliates Blacklist 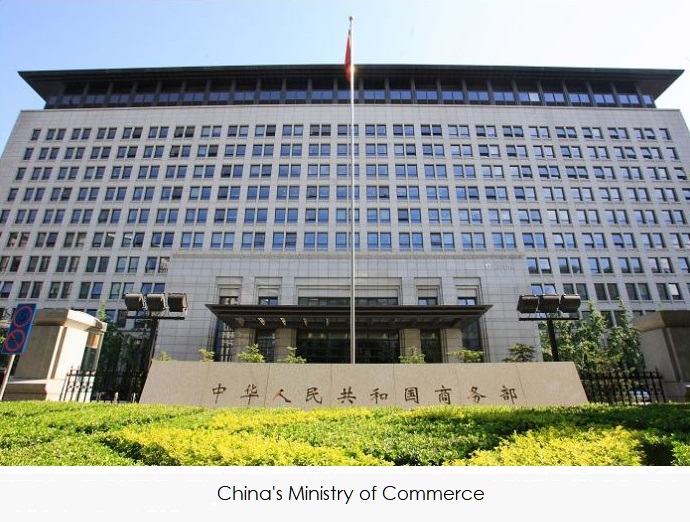 The U.S. is currently pressuring Germany while the President is planning to pressure the UK in June to stop using Huawei's 5G infrastructure. In the latest sign of escalating trans-Atlantic tensions over trade and security, Pompeo, on the first leg of a five-day European tour, said that while countries would take a "sovereign decision" on which equipment to use, that decision would have consequences.

In a news conference in Germany, Reuters is reporting that Pompeo stated that "(There is) a risk we will have to change our behavior in light of the fact that we can’t permit data on private citizens or data on national security to go across networks that we don’t have confidence (in)."

On May 17th Patently Apple posted a report titled "The U.S. Stance on Huawei Escalates as they put 67 Huawei Affiliates on a Blacklist banning Access to U.S. Suppliers. Soon after Google and ARM announced that they would stop their work with Huawei.

The Verge posted a report this week titled "China has no good options for retaliating against Trump’s Huawei ban." And yet today we're learning from a Chinese publication that the Chinese Government has in fact decided to retaliate against the blacklist created by the U.S. administration.

Caixin Global reports that "China plans to place foreign companies considered to have damaged the interests of Chinese companies on an "unreliable entity" list, the country’s commerce ministry said Friday.

China’s own list, which will also include organizations and individuals, will target entities deemed to have blockaded or cut off Chinese companies from suppliers for non-commercial reasons, Gao Feng, spokesperson of the Ministry of Commerce, said, promising further details soon.

In a second report published today by Caixin, they write: "Tit-for-tat tensions have spread to research groups. China’s leading computer science research community announced Thursday it will "temporarily suspend communications and cooperation" with a unit under the world’s largest technical community, the Institute of Electrical and Electronics Engineers (IEEE). The move comes after U.S.-based IEEE confirmed earlier this week that it is banning Huawei staff from being editors or reviewers during the peer-review process for research papers, to comply with the U.S. government’s "Entity List" as a New York-registered "non-political and non-profit organization."

Apart from the communications and cooperation suspension, CCF recommended that its members neither submit papers to any ComSoc-led conferences or journals, nor participate in its scholarly events, such as paper-reviews.

Morgan Stanley on Apple and Trade Tensions with China

Morgan Stanley analyst Katy Huberty, a real bull on Apple, cut her price target on Apple in a note distributed to investors this week, marking the latest downgrade for the iPhone maker, according to a CNBC report.

"Given the risk of further restrictive trade measures ... we expect shares to remain choppy, with a near-term floor around $160," Huberty wrote in the note. The stock is currently trading around $177, and is down more than 15% since May 1.

"In the event Apple is unsuccessful in persuading the [U.S. trade representative] to remove key categories from the final list of taxed goods, Apple’s representative will have to submit a request for each particular product they’d like to be excluded, and provide a rationale as to why it should be excluded from the tariff list," according to the note.

It continued: "The situation remains extremely fluid and we admit that quantifying the overall impact of geopolitical tensions on Apple is difficult given the unknowns around timing, demand impact, retaliatory measures, exclusions, etc."