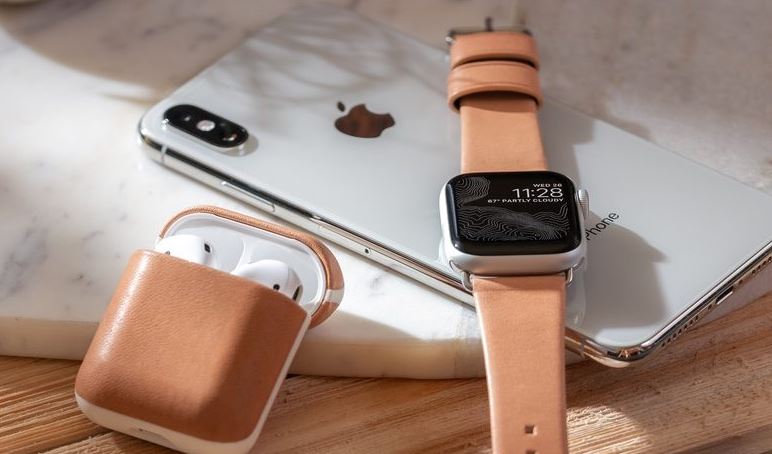 During Apple's Financial Conference Call for Fiscal Q2 2019 Apple's CEO Tim Cook noted in his opening statement that "it was another sensational quarter for wearables, with growth near 50%. This business is now about the size of a Fortune 200 company, an amazing statistic when you consider it's only been four years since we delivered the very first Apple Watch."

He further noted that "Last month, we introduced new AirPods, the second generation of the world's most popular wireless headphones, and demand has been incredible. This is nothing less than a cultural phenomenon. With a new Apple-designed H1 chip, the new AirPods deliver faster connect times, more talk time, and the convenience of hands-free "Hey Siri."

Today, IDC's stats for wearables for calendar Q1 2019 shows that Apple has a commanding lead and did in fact grow near 50% as Cook had stated by coming in at 49.5% on IDC chart below. 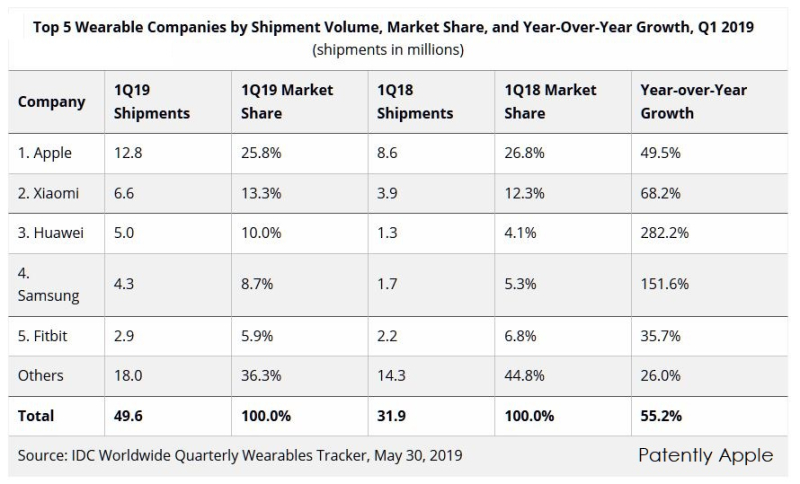 IDC note in their report published today that "Apple maintained the leading position as the company offers three product lines; Apple Watch, AirPods, and select Beats headphones. The Apple Watch in particular has proven to be highly successful at capturing unit share, but more importantly dollar share as the average selling price (ASP) of these watches has increased from $426 in 1Q18 to $455 in the latest quarter. Apple also seems to be employing a similar strategy in its wireless headphone lineup as the latest AirPods are now available with wireless charging and an increased ASP."

Xiaomi in the number two position at half of Apple's volume depended on its Mi Band that sells on Amazon for about $27.00. It's market cheapware.

In the big picture, IDC notes that the global shipments of wearable devices reached 49.6 million units during the first quarter of 2019 (1Q19), up 55.2% from the previous year according to data from the International Data Corporation (IDC) Worldwide Quarterly Wearable Device Tracker. While wrist-worn wearables accounted for the majority of the market with 63.2% share, ear-worn devices experienced the fastest growth (135.1% year over year) and accounted for 34.6% of all wearables shipped.

Apple's fortunes are likely to increase over the next quarter with their new PowerBeats Pro, AirPods alternative, that began shipping. The reviews have been great. As an example, Mashable's review titled "Beats Powerbeats Pro review: Better than AirPods in every way except one."

At the top of the month we reported on Apple Watch stats singled out in a report titled " Apple Continues to Dominate the Smartwatch Sector with Samsung finding Success by copying Apple's Focus on Health."