The U.S. Patent and Trademark Office officially published a series of 65 newly granted patents for Apple Inc. today. This report covers 2 granted patents, 2 iPhone design patents and more. We wrap up this week's granted patent report with our traditional listing of the remaining granted patents that were issued to Apple today.

The first patent covers a method of forming 3D structures that could be employed in embodiments including heat sinks, housings, speaker or vent covers, and springs and made with liquid metal. More specifically Apple notes in their granted patent that "the structures may be formed by molding or casting, in which a mold or cast is employed to form the three-dimensional structure from a fluid substance, such as a liquid metal or plastic."

Apple first introduced Touch ID to authenticate users on an iPhone and iPad and then introduced Face ID with the iPhone X.  Way back in 2010 Apple invented a system for the iMac using a system that recognized a signet placed on the display as noted in the patent figure below that looks like a lifetime ago. 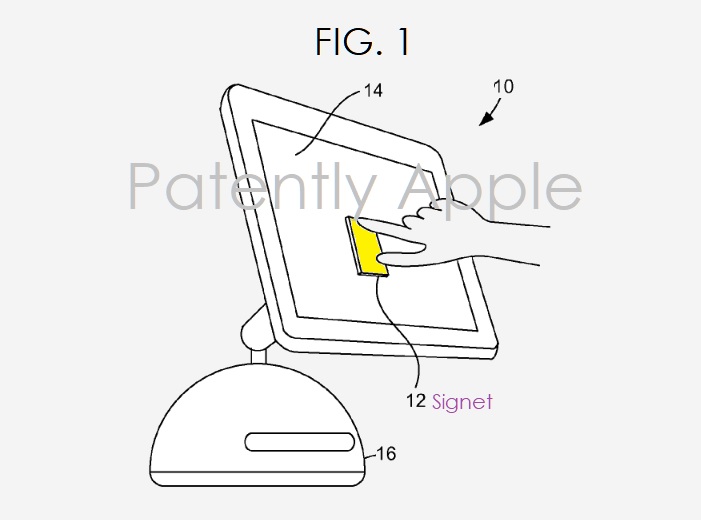 The actions, may for example, include logging onto a computer or a computer network, permitting authorized individuals access to restricted areas of the computer or computer network, loading a user profile associated with a user's preferred arrangement of the computer desktop, permitting access to web content, launching a particular program, opening a file or document, viewing a menu, making a selection, executing instructions, encrypting or decoding a message, operating an input/output device operatively connected to the computer and/or the like.

In 2010 Patently Apple covered this invention under the title "You Might Need a Secret Decoder Ring to Log on to Future Macs." See our original report for more images and details or review granted patent #10,296,126 granted to Apple today by the U.S. Patent and Trademark Office. Did it take long enough to finally get this invention granted?

Apple was granted 3 design patents relating to iPhone X and figures from two of the patents are presented below. The other design patent cover an Apple Store table to Apple Watches stored in drawers under the table. 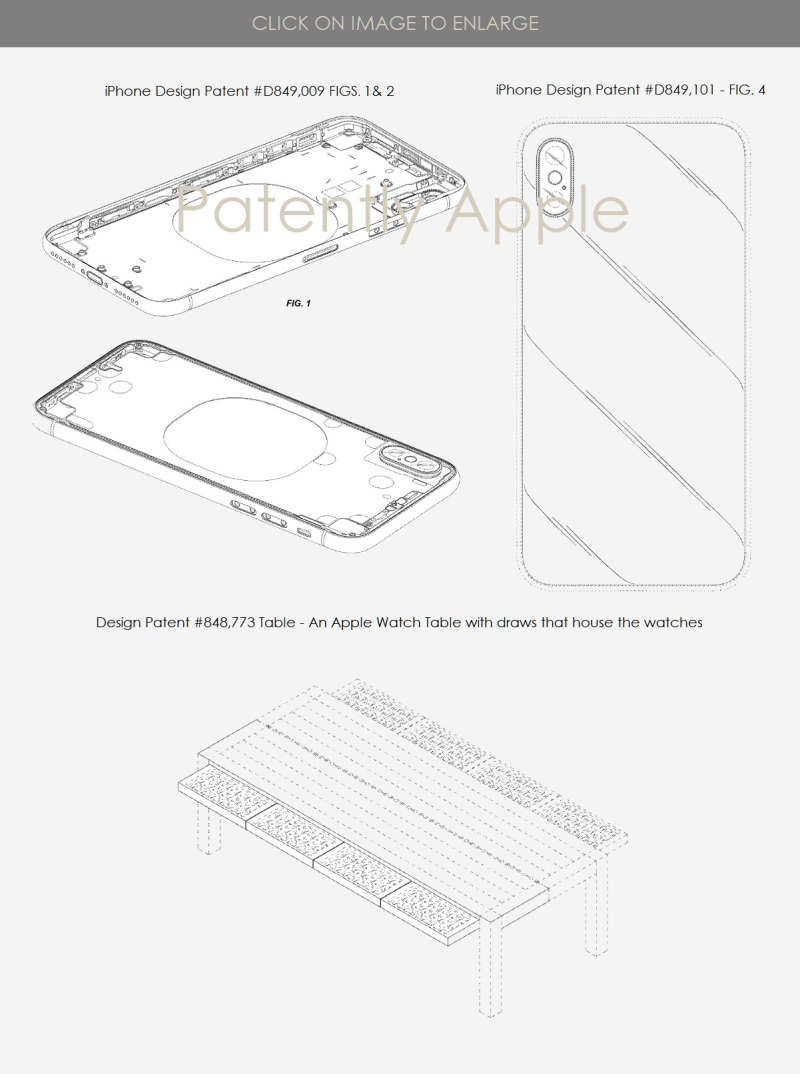 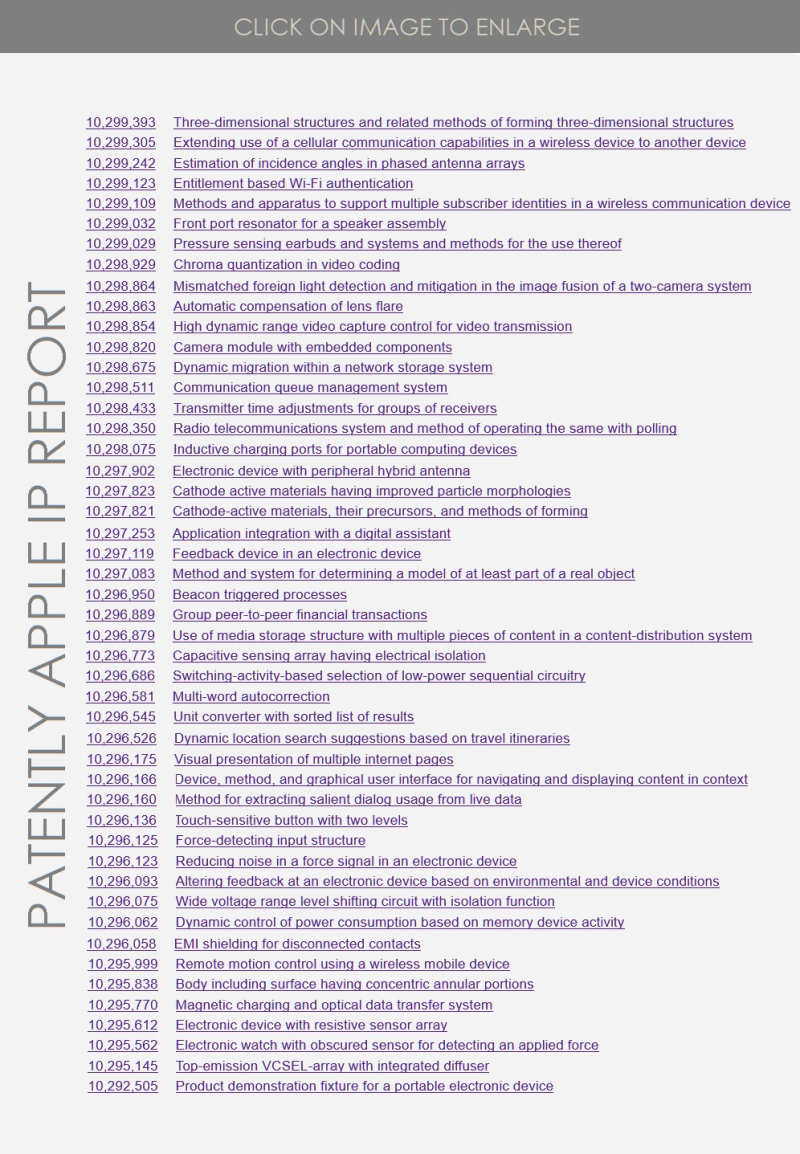