Apple wins Patent for their 'Cultural Phenomenon' known as AirPods 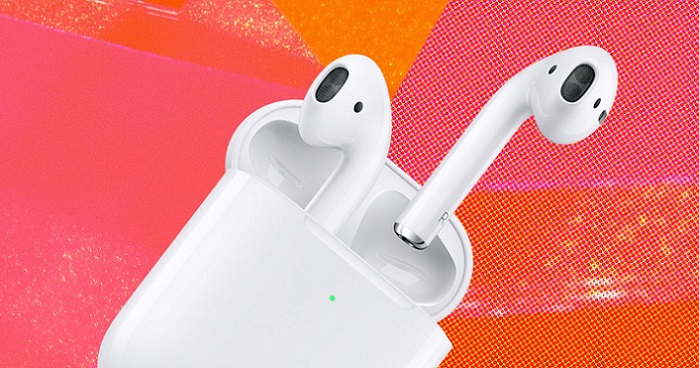 The U.S. Patent and Trademark Office officially published a series of 51 newly granted patents for Apple Inc. today. In this particular report we cover Apple's AirPods accessory; an accessory that Apple's CEO called a "cultural phenomenon" during their financial conference call for fiscal Q2 2019.

Apple's granted patent describes the AirPods this way: "Ear buds may be provided that communicate wirelessly with an electronic device. To determine the current status of the ear buds and thereby take suitable action in controlling the operation of the electronic device and ear buds, the ear buds may be provided with optical proximity sensors that produce optical proximity sensor output and accelerometers that produce accelerometer output.

Optical sensor data may be analyzed in conjunction with potential tap input. If the optical sensor data associated with a pair of accelerometer pulses is ordered, the control circuitry can confirm the detection of a true double tap from the user.

If the optical sensor data is disordered, the control circuitry can conclude that the pulse data from the accelerometer corresponds to unintentional contact with the housing and can disregard the pulse data.

Apple's patent FIG. 6 represents AirPods while FIG. 11 is a diagram showing how sensor information may be processed by control circuitry in an ear bud to discriminate between operating states. 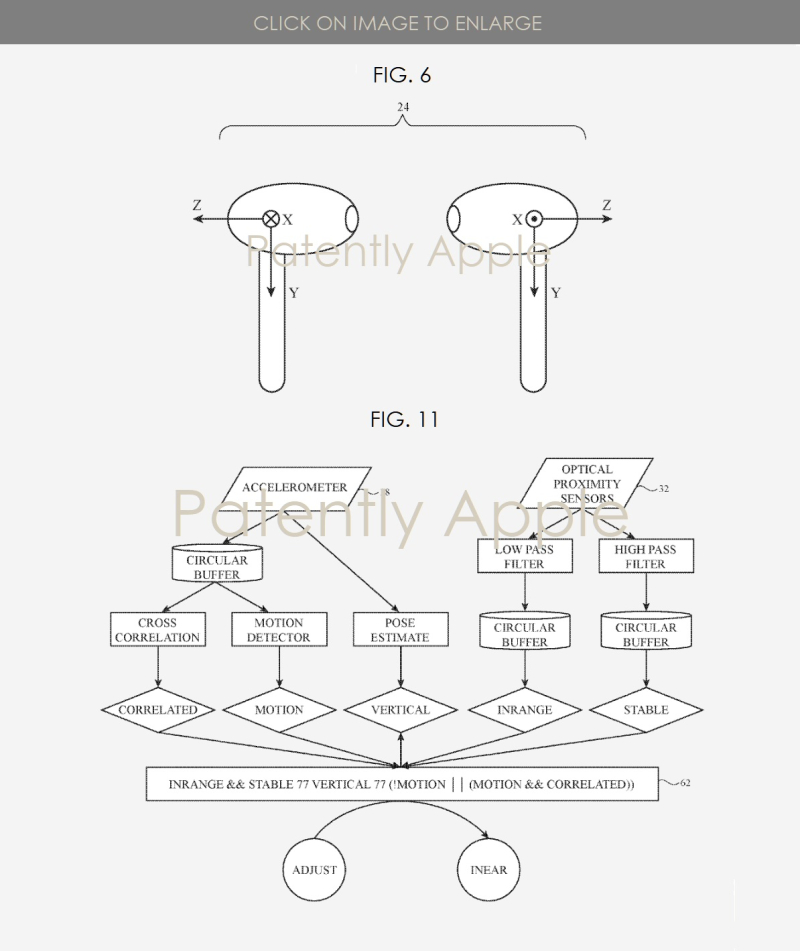 Apple's granted patent #10,291,975 was originally filed in Q2 2017 and published today by the US Patent and Trademark Office.

Being that Apple's CEO thinks that AirPods are a cultural phenomenon, the inventors should be highlighted.

Karthik Jayaraman Raghuram: Senior Engineering Manager; Responsible for overall fitness efforts as part of the CoreMotion team. Working with and leading multiple teams that deliver the fundamental algorithmic components of our Fitness experience.

Kobashi; Akifumi: Not listed with LinkedIn. No background found.