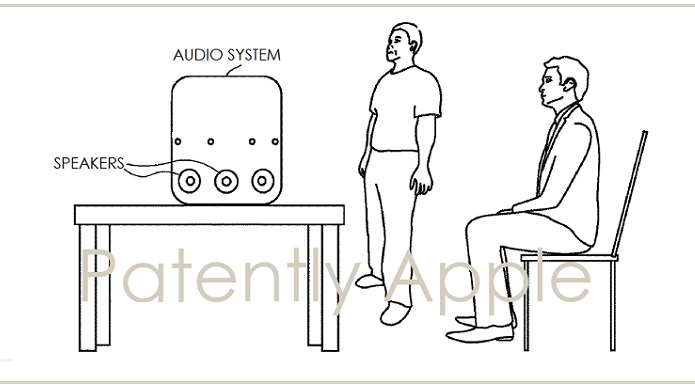 Today the US Patent & Trademark Office published a patent application from Apple that relates to HomePod. Apple's invention may one day have HomePod automatically reset the volume setting from where the last person had set it. In a neutral position, the next person to turn on HomePod won't be caught unexpectedly with loud music settings when they start their music list. The HomePod will reset after each session based on a time-out and set parameters.

Apple's patent explains the problem that they want to fix. Apple notes that a "speaker array can output sound to the listening area at a user-controlled volume. The speaker may be a component of a personal device or a communal device, and may be used to play back music at different times by a same user or different users. For instance, a first user may be listening to music at a high volume at a first time, and may pause the music before leaving the listening area. A second user may subsequently enter the listening area, and may resume the music expecting the volume to be set at a lower level than the high level. The second user may be startled and disappointed when music playback resumes at the high volume instead.

Apple's invention covers an audio system having a variable reset volume, and a method of conditionally resetting a volume parameter. In an aspect, the audio system has a speaker and a processor configured to perform the method. For example, the processor can execute instructions stored on a non-transitory machine readable medium to cause the audio system to perform the method of conditionally resetting the volume parameter for playback of sound by the speaker.

The processor can determine whether the volume parameter is set to a first volume level outside of a resting volume range when audio signal generation is paused, e.g., when a user presses "pause" on the audio system. 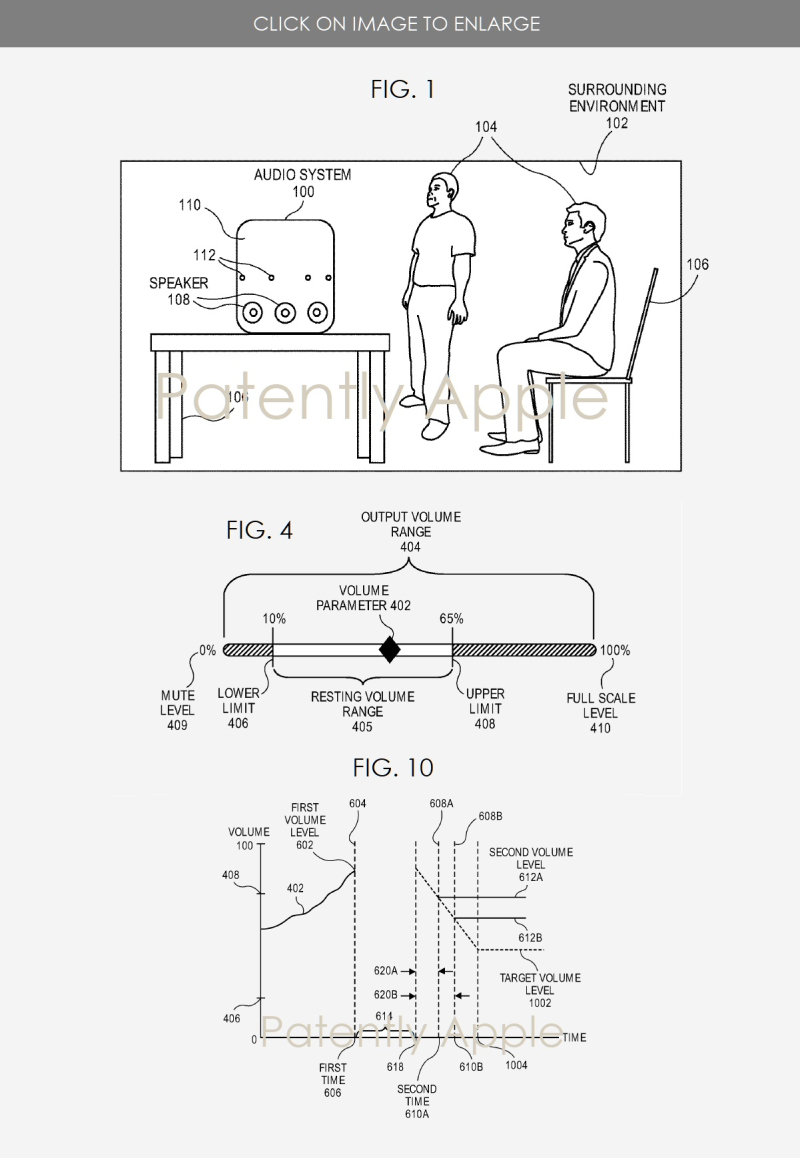 In one aspect, Apple notes that an audio system sets a resting volume level after a selected time has elapsed following a pause in playback of an audio signal.

The resting volume level can be automatically adjusted to a comfortable and audible level based on one or more acoustic factors within an environment surrounding the audio system.

Apple's patent application 20190165748 that was published today by the U.S. Patent Office was originally filed back in Q3 2018. Considering that this is a patent application, the timing of such a product to market is unknown at this time.

Earlier today Patent Apple posted another HomePod invention report titled "Apple invents a new Cooling System for HomePod to improve its Audio Playback and Communication with Siri," that you could review here if you missed it.