Apple was granted a patent late last month by the U.S. Patent Office and published this week by the European Patent Office. The invention relates to smart fabric that could adjust its appearance with light emitting diodes. Apple hints that the described smart fabric could be used in a future keyboard, perhaps advancing their Smart Keyboard Folio. Apple's new smart fabric could also be applied to a future Apple Watch band and/or a device cover or case. Instead of using a backlight to light up Smart Keyboard keys, light emitting diodes in the smart fabric would be able to light the keys and allow the user to adjust that light. That would be a rather cool technology to see come to light.

Last month Apple was granted a patent for an invention relating to smart fabrics. More specifically, smart fabrics that could have portions of its appearance adjusted by control circuitry that controls adjustable strands within the fabric.

In some configurations, the appearance of strands of material may be adjusted to adjust illumination that is being provided by the strands (e.g., interior bag lighting, etc.). 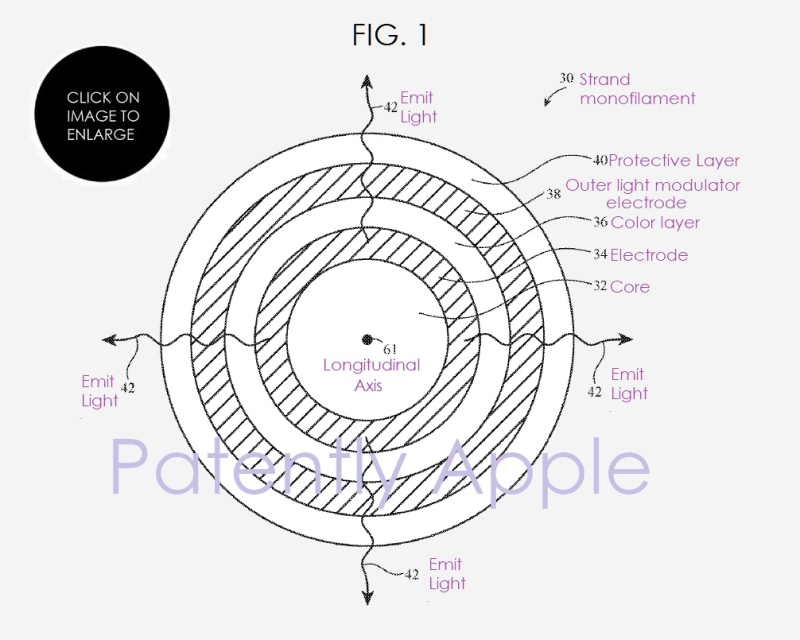 Apple's patent FIG. 1 above is a cross-sectional view of an illustrative illuminated strand with an adjustable appearance.

Apple's patent FIG. 2 below is a schematic diagram of an illustrative fabric-based item; FIG. 10 is a perspective view of an illustrative overlapping strand configuration that may be used in controlling the appearance of strands in fabric. 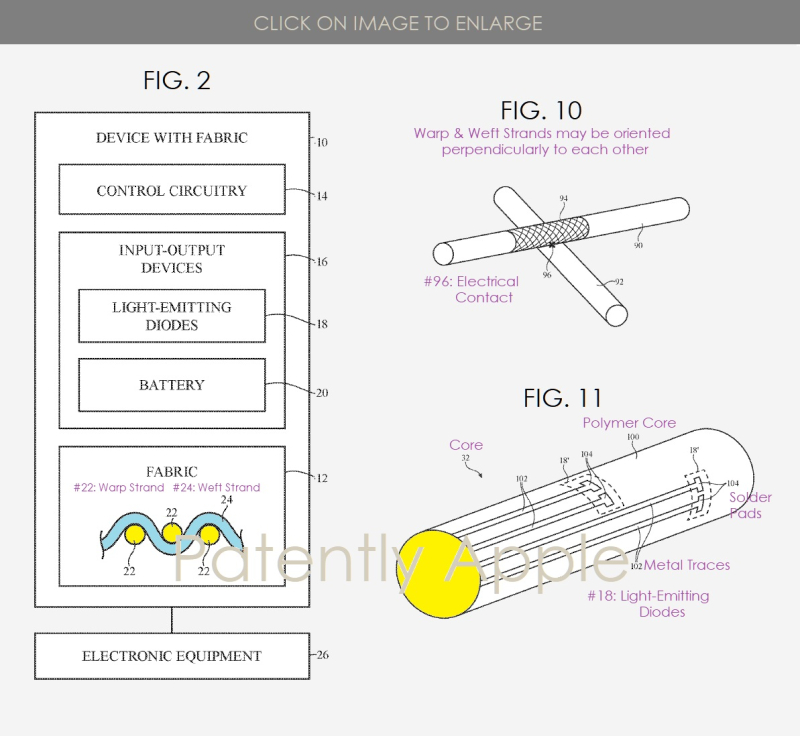 Apple's patent FIG. 11 above is a perspective view of an illustrative strand with longitudinal conductive paths for supplying signals to components such as light-emitting diodes.

In 2018 Apple filed a patent for a smart fabric based Apple Watch band and in respect to FIG. 2 above Apple states that in one scenario, device #10 and equipment #26 may be used together to form a fabric-based item such as a wristwatch with a strap.

The other two products that are hinted at using smart fabric with adjustable appearance is a cover/case/bag or pocket that carries a device and "keyboard key labels and Keyboards."

With Apple's Smart Keyboard Folio already using fabric, taking it to the next level would allow the keys to have an appearance of having a backlight so that the keyboard could be used in dimmer lit rooms or conditions. Which will take priority with Apple is unknown at this time.

Apple's granted patent was originally filed in Q3 2017 and granted to Apple by the US Patent and Trademark Office in April 2019.

One of Apple's engineers on this granted patent specializes in Novel Material Sciences, Concept Design and Prototyping and new fabrication methodologies. More importantly he works on mac manufacturing design.

A few years back Apple's engineer was behind a granted patent for Apple that involved a rather unconventional spherical smart keyboard as noted below. 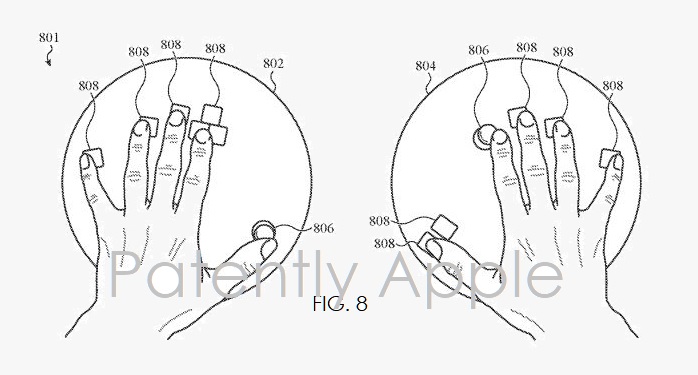