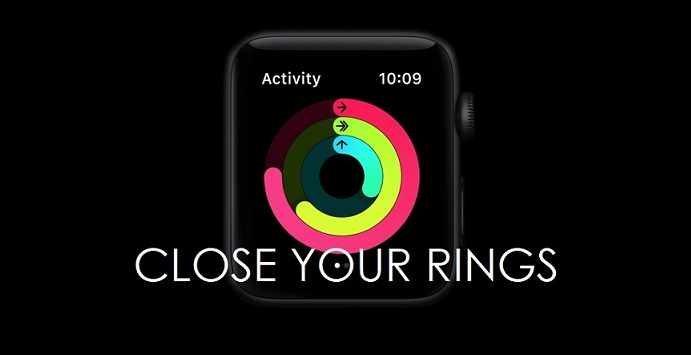 Apple legal officially filed for the 'Close Your Rings' trademark with the European Union Intellectual Property Office (EUIPO) via their London Office on May 16, 2019. While Apple filed their trademark under International Classes 9, 10, 14 and 44, they refused to make it known publicly what their request for protection was in detail by limiting it to "members only."

In general the classes represent computers (9), medical apparatus (10), watches / horological (14) and medical services (44).  The trademark filing in-part is presented below. The trademark is simply for words and not the figurative version. 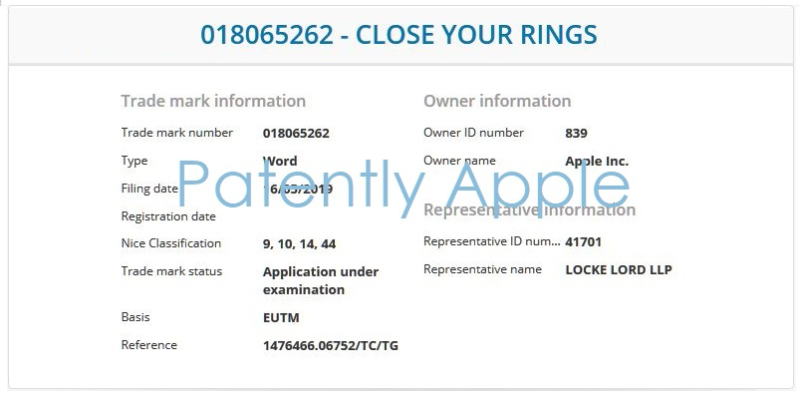 You could learn more about "Close Your Rings" on Apple's webpage here. Apple was granted a Registered Trademark in the U.S. for the figurative version of close your rings back on June 14, 2016. Last summer Apple promoted Close Your Rings with a trio of ads with one of them presented below.