Home Archives Contact Us Subscribe Twitter Facebook MeWe Patently Mobile
One Korean Tech Report Fuels the Flames of Anger over the Wall Street Journal's Video Report Mocking Samsung's Galaxy Fold
Samsung Officially Delays the U.S. Launch of the Galaxy Fold for "weeks" until adjustments to the Hinge & Display are made

While In-Display Fingerprint ID is on the Rise for Mid-Level Smartphones, Apple's Premium iPhones win with Face ID

Apple currently has a few patent pending inventions regarding in-display-like fingerprint scanning technology for Touch ID on an iPhone and iPad. It's an updated methodology that would eliminate the original "Home Button" that is still in play with the iPhone 8 and older iPhone models. Apple's smartphone competitors are switching to a Touch authentication feature with in-display technology as our cover graphic shows Xiaomi promoting. Both Samsung and Huawei currently offer both in-display Touch authentication in addition to face authentication so as to give their customers a choice on premium smartphone models.

Digitimes reports today that the trend of offering in-display fingerprint sensors is quickly growing and the popularity of OLED panels paired with this technology will continue to expand in 2019. The trend is being driven by the reduction in sensor prices and the price gap between OLED and LTPS LCD panels according to industry source.

The introduction of optical fingerprint sensing solutions by vendors including Synaptics and Goodix Technology in 2018 has helped bring down overall prices of in-display fingerprint sensor chips and therefore further drive up the popularity of such a technology, said the sources.

The price gap between rigid OLED and LTPS LCD panels has been reduced to within US$5 per unit recently, said sources, adding that the lower OLED panel price with more affordable in-display fingerprint sensors will further squeeze the sales of LTPS LCD panels in 2019."

Chinese OEM's like Xiaomi, Vivo and Oppo also offer in-display fingerprint authentication in their mid-range smartphones today. It provides users with a modern smartphone appearance with larger displays as opposed to Apple's older iPhone 7 and 8 models with a Home Button that have become dinosaur models overnight. 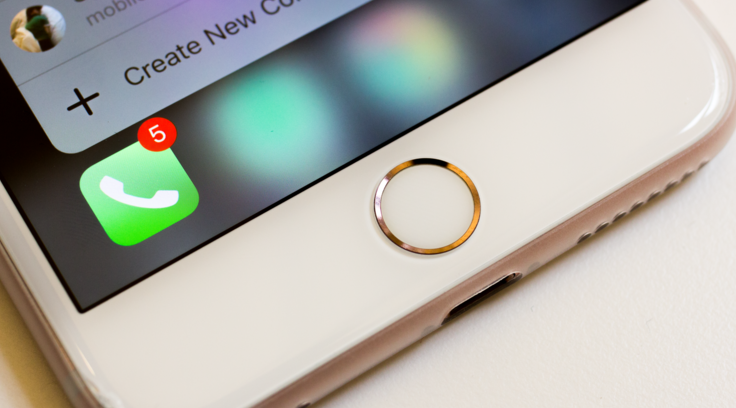 Last month Patently Apple posted an IP report titled "Apple's Next-Gen Touch ID uses Optical Imaging Sensors under a Display for a Variety of Devices like Apple Watch." Apple seems to keep working on next-gen Touch ID solutions in one way or another so as to eliminate their last-gen Home Button methodology. Perhaps one day Apple will offer fans an authentication option like Samsung and Huawei do today.

For now, Apple's Face ID is a winning feature for many who can afford a premium iPhone around the world. For the most part, Chinese OEM's have given up trying to match Apple's superior Face ID solution that is a costlier solution to implement. These OEM's also don't offer a savvy AR platform that the iPhone's Face ID / TrueDepth camera supports