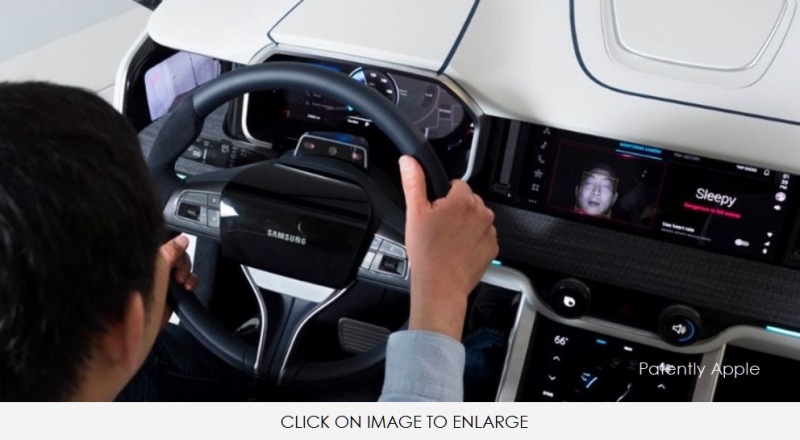 When the news leaked that Apple was working on some kind of semi or fully autonomous vehicle that Samsung would eventually reveal that they too were going down that same road. Unlike Apple that goes out of their way to keep their works-in-progress a secret, Samsung loves to be flamboyant so it looks like they're way ahead of their competitors.

This week Samsung published their "Digital Cockpit 2019" video that covers new ideas for vehicles that could work their way into the system in the not-too-distant future.

One of their cooler ideas is to have outside mirrors become "inside vehicle" video windows on the left and right sides of the dashboard angled for a driver's easy viewing as presented in the photo below.

Rain, snow, fog won't interfere in the driver's ability to check out their blind spots for lane changes etc. It's a great idea and other interesting ideas could be found in the video further below. 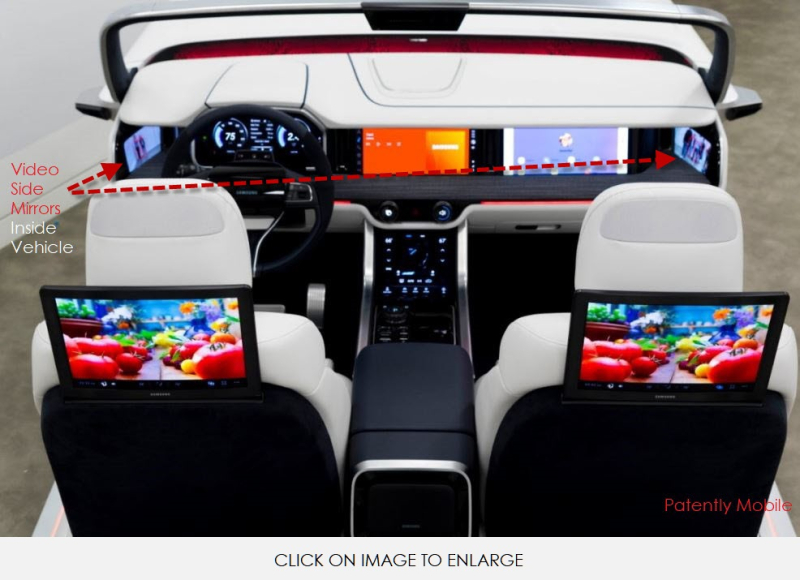 Earlier today our Patently Mobile IP blog posted a new Samsung patent report covering a future autonomous vehicle movement prediction system. If you're interested in this subject matter, then be sure to check out our report here. One of the patent figures from that report is presented below. 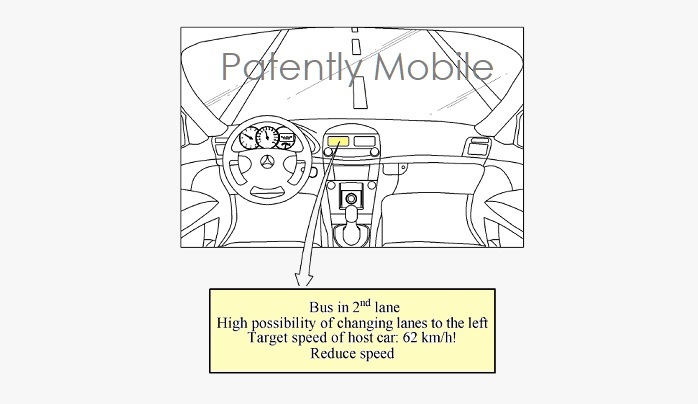 Historically speaking, Renault Samsung Motors was founded in 1994 but Samsung's role in the company diminished over time starting with the South Korean financial crisis of 2000. So Samsung has a connection to the car business at various levels. With tech companies like Google and Apple jumping into the autonomous vehicle sector, Samsung's interest in pursuing this future market has been renewed.

Last year we learned that Samsung and Hyundai have been investing in the Solid-State Battery business and Samsung Display has invented new display systems for vehicles. Today's patent report shows that they're steaming ahead and diving into the autonomous vehicle sector as well.

It's unknown at this time if Samsung's autonomous vehicle project is an independent one or one designed to be in sync with efforts being made by Renault and/or Nissan.

Samsung could easily be a real contender in this market over time. They could either be a pure high-end component maker and/or enter the autonomous vehicle sector as a manufacturer. It's a trend we'll try to stay on top of going forward. While most thought that Apple could be in a race with Google and perhaps Tesla in the long term,  it now appears that Samsung may end up being a major contender no one saw coming.