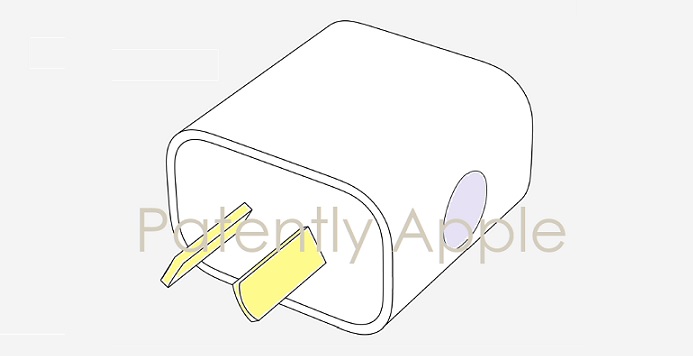 On Thursday the Hong Kong Patent Office published two design patents issued to Apple for "Adapters." The first is for a standard / US adapter and the second is for an Adapter for Australia and New Zealand with different prongs and an easy "on-off" side frame button as noted in our cover graphic. Apple applied for these patents in mid-November 2018 and was given registered status in Hong Kong on April 18, 2019. Apple also won two design patents in the U.S. for earphones and an in-store display for Apple Watches.

Unlike "patent applications" that provide the public with an abstract, summary and details of an invention, design patents published around the world are limited to only providing the public with the design patent figures provided by the inventor(s). No additional specifics of the design are made available. Below are design figures for two kinds of power adapters (Standard & Australia/New Zealand). 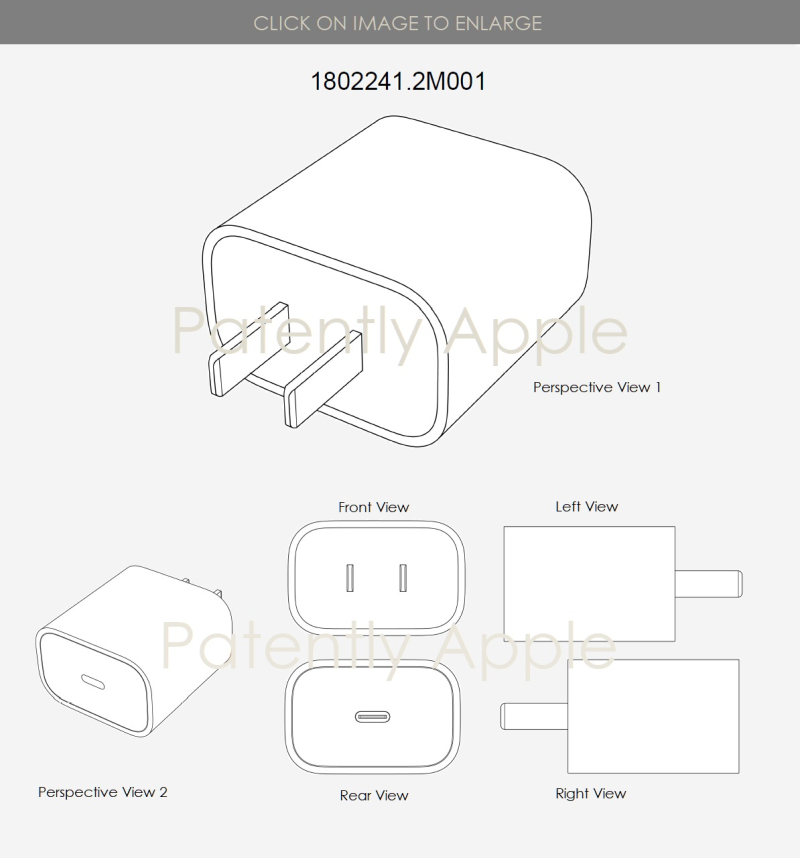 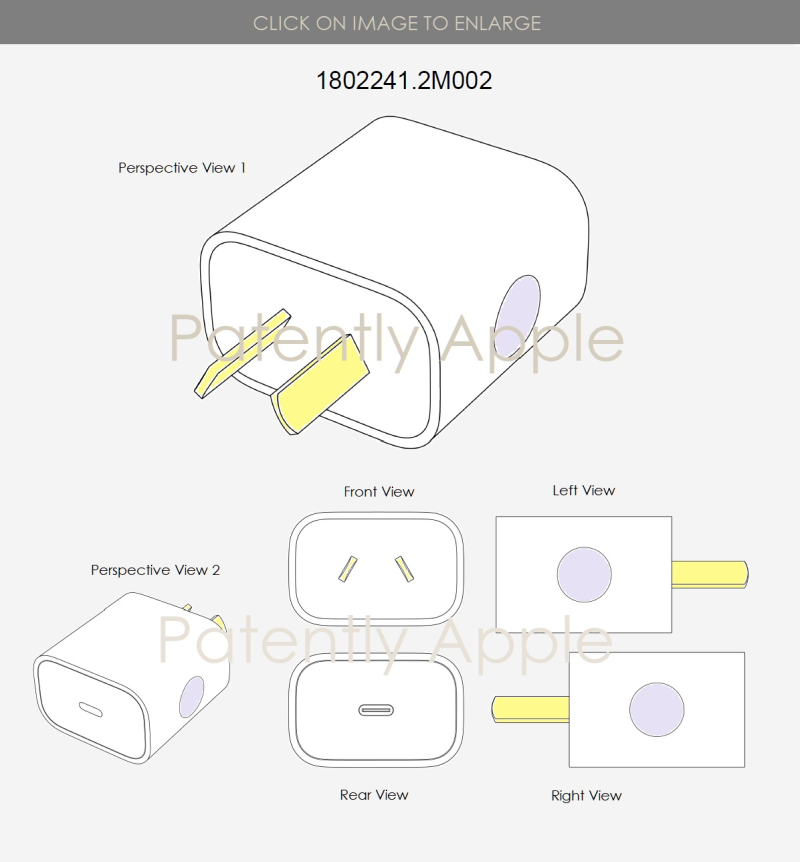 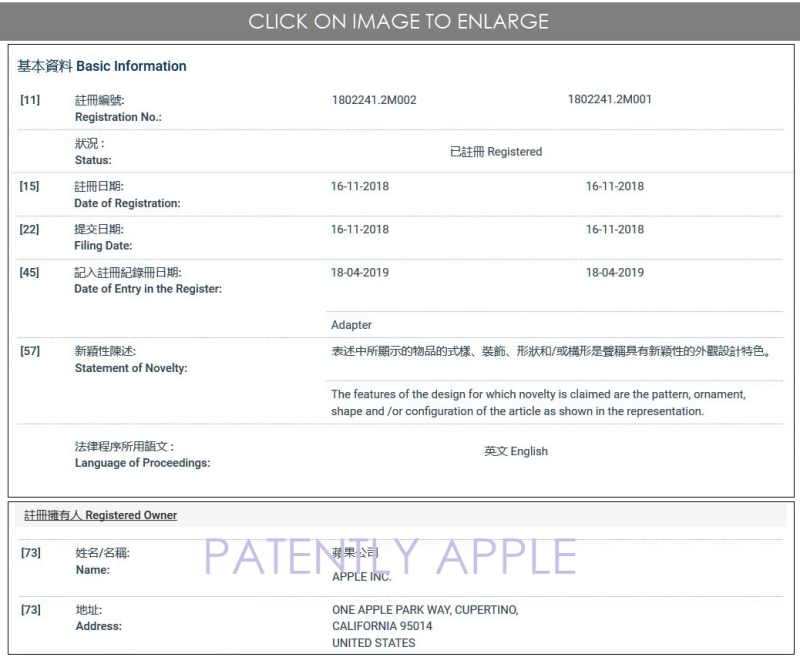 In the U.S., Apple was granted design patents on Tuesday for earphones and an Apple Store display for Apple Watch. 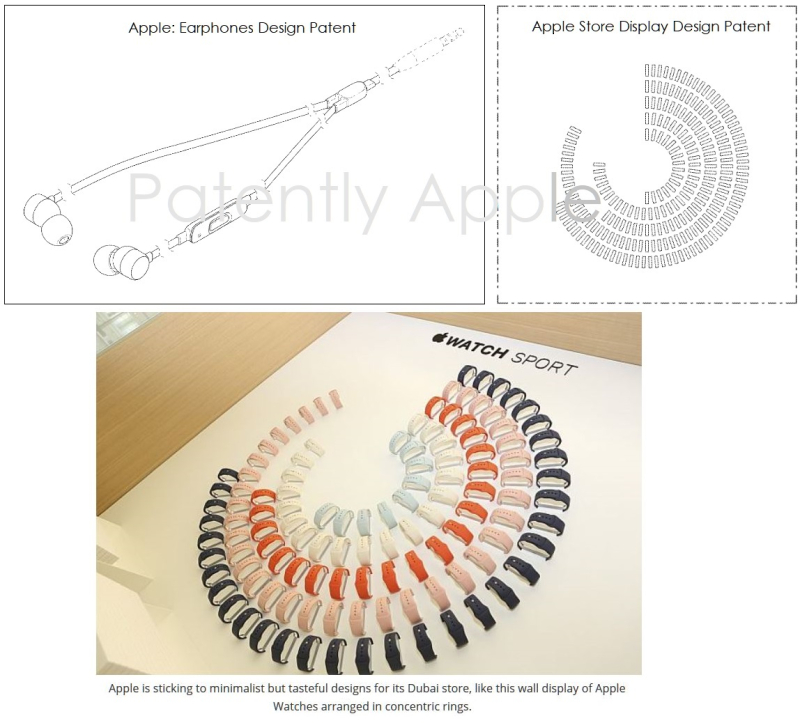