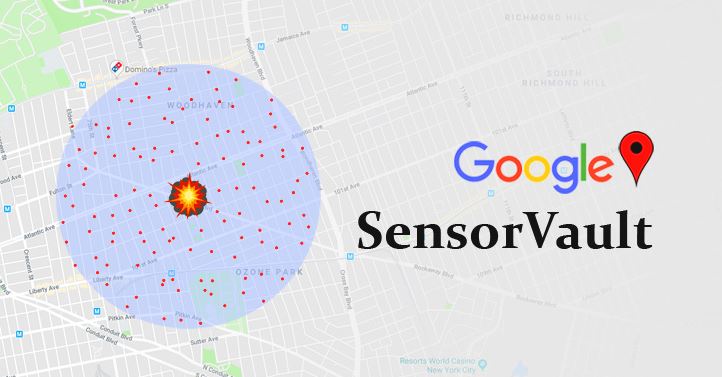 It's being report late today that "The top Democrats and Republicans on the U.S. House Energy and Commerce Committee on Tuesday wrote Google Chief Executive Sundar Pichai raising concerns about reports of a massive database of precise consumer location information on hundreds of millions of consumers known as 'SensorVault,' reports Reuters.

The letter seeks a briefing and answers on how this information is used and shared, citing a New York Times report that the database includes nearly every consumer with an Android mobile device, in some cases storing information dating back to 2009.

While Washington's politicians want answers about SensorVault, it appears that law enforcement loves the database to help solve crime. The title of the NYTimes report that Reuters eluded to is: "Google's SensorVault is a Boon for Law Enforcement. This is how it Works."

The report states that "Law enforcement officials across the country have been seeking information from a Google database called SensorVault — a trove of detailed location records involving at least hundreds of millions of devices worldwide," The New York Times has found.

The SensorVault database is connected to a Google service called Location History. The feature, begun in 2009, involves Android and Apple devices.

But the new warrants, often called 'geofence' requests, instead specify an area near a crime. Google looks in SensorVault for any devices that were there at the right time and provides that information to the police.

Google first labels the devices with anonymous ID numbers, and detectives look at locations and movement patterns to see if any appear relevant to the crime. Once they narrow the field to a few devices, Google reveals information such as names and email addresses." You could read more on this story here.

The good side of SensorVault is that it's able to assist law enforcement solve crimes. The bad side of the specialized database at the moment isn't fully known yet. That's  why Washington wants answers from Google's CEO.

I'm sure that they'll want to know about who runs the database? Which employees have access to it? Who is accountable? How can they ensure the Government that foreign governments can't tap into such a powerful database?

In the big picture, protecting privacy is a great thing on so many levels. No one is denying that. Protecting us against unscrupulous advertisers and social media companies that lose and/or sell our data without penalty is needed. Whether it's done by creating new laws or through regulations, it has to be done.

However, on the flip side, privacy at any cost is just as bad. When tech companies are bent on going out of their way to protect criminals as if it's some kind of unwritten eleventh commandment, then it's no longer a value but rather a hindrance to law enforcement that has to be able to do its job – end of story.