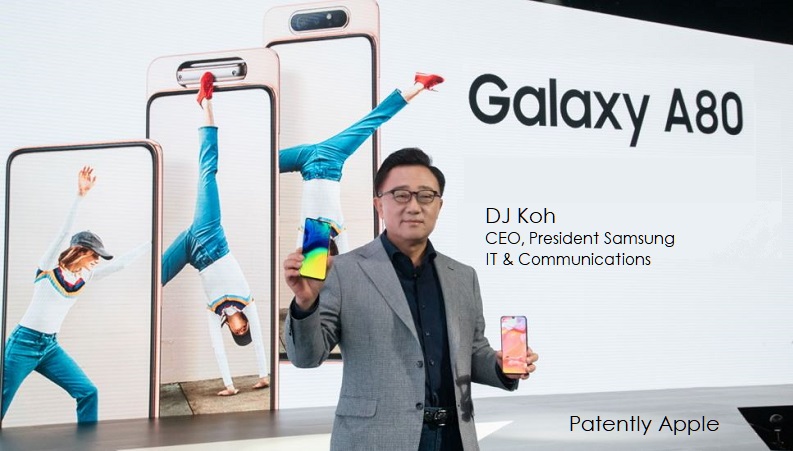 Yesterday Patently Apple posted a report titled "Samsung Kills Face Cameras with new Galaxy A80 that offers their First Slider-Like Smartphone with a Rotating Triple Camera." Today in Bangkok Samsung's President and CEO of IT & Mobile Communications DJ Koh officially introduced the new Galaxy A70 and A80 with its rotatable triple camera with 3D, regular and Wide-Angle cameras that will go on sale on May 29th.

Samsung's event was a short one that emphasized their new A-Series smartphones designed for young people. Their theme was smartphones in the "Era of Live."

Their musical guest at Samsung's event was BLACKPINK who broke YouTube's record for biggest music video debut with 56.7 million views in its first 24 hours.

I have to admit that I'll be checking out the A80's rotatable camera as soon as it's available in my area. I'd like to see if it adds bulk to the phone and to experience the ease of use.

It's certainly a nice feature considering that the selfie camera will now be using the back-side's higher-end cameras. While Xiaomi and others have launched slider smartphones first, Samsung's A80's mechanics appear to have a higher end look to it.

It's pretty clear that most smartphone fans around the world dislike the camera notch that Apple first introduced with the iPhone X as every smartphone OEM is reducing the notch or eliminating it.

Will Apple move their TrueDepth camera under the display or introduce a slider-like feature of their own in the coming years? Only time will tell. For now, rumors are showing us a hideous triple camera design that we can only hope is a sophisticated hoax.

It's very difficult for me to believe that Jony Ive and team have lost their touch for cool designs and have actually stooped to delivering the ugly beast as illustrated below. Between the front's massive camera notch and the back side's bug-eyed look, it's a recipe for disaster. 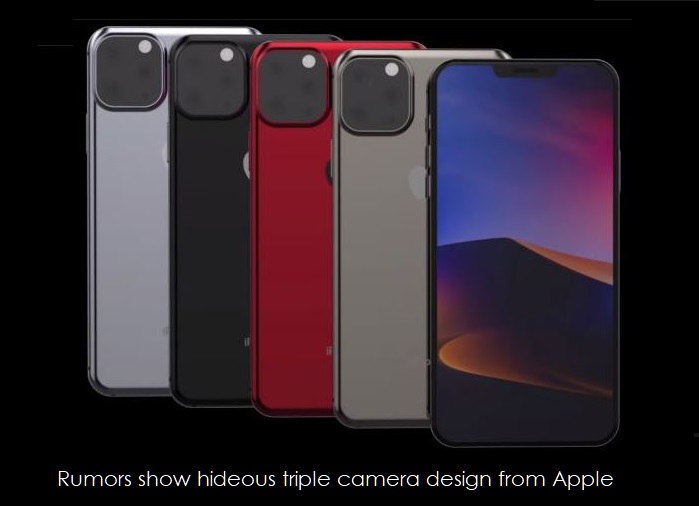