The Momentum is Shifting as Apple Music overtakes Spotify in terms of Paid U.S. Subscribers 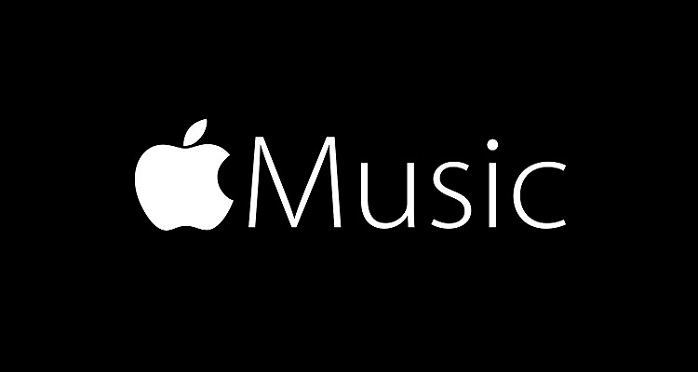 Apple Music has passed Spotify in terms of paid U.S. subscribers. The milestone is a turning point in the race to be the dominant streaming music service. It is also an early sign of success for Apple's new "services" strategy, which aims to sell existing iPhone users paid monthly subscriptions to online services, reports CNBC via the Wall Street Journal.

The report further noted that "In February, Apple Music had 28 million paid subscribers in the United States and Spotify had 26 million, according to the report, which cited people familiar with the matter. The report also mentioned that Apple Music's worldwide and U.S. growth rates are higher than Spotify's."

This is great news for Apple as they're gaining momentum at the right time as they prepare to bring Apple TV+ to market later this year that could raise their subscriptions even higher.

Spotify likely saw this trend occurring in their internal data and filed a formal complaint against Apple with the U.S. bashing European Commission whose commissioner is always on the lookout for any excuse to fine U.S. tech companies. 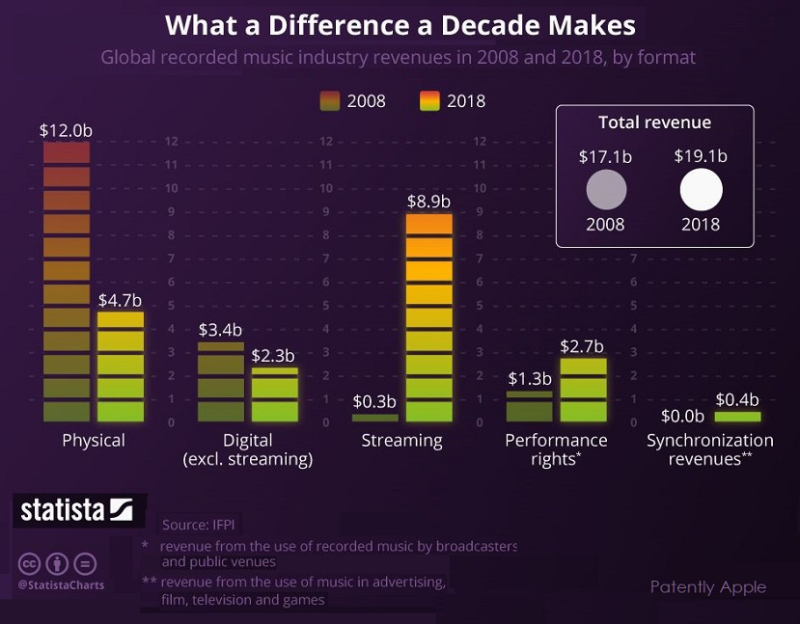 According to a new report published earlier this week by the International Federation of the Phonographic Industry (IFPI - see chart above), streaming accounted for nearly half of global music revenues last year making it the biggest source of income for the music industry by a significant margin. It's even higher in the U.S. as the chart below proves out. 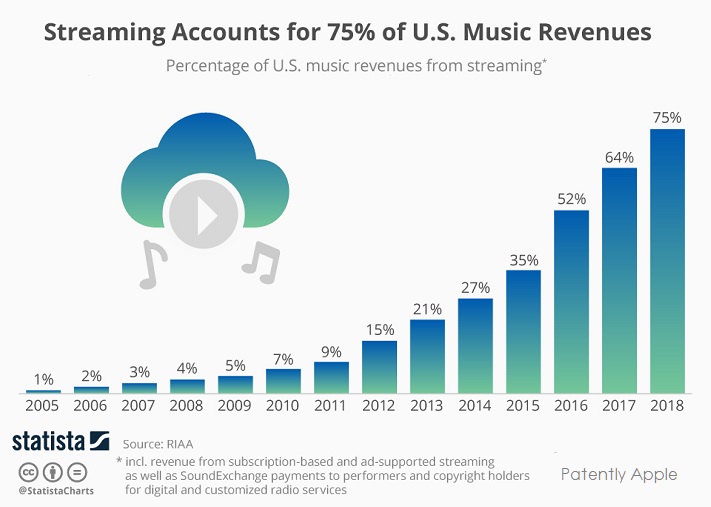