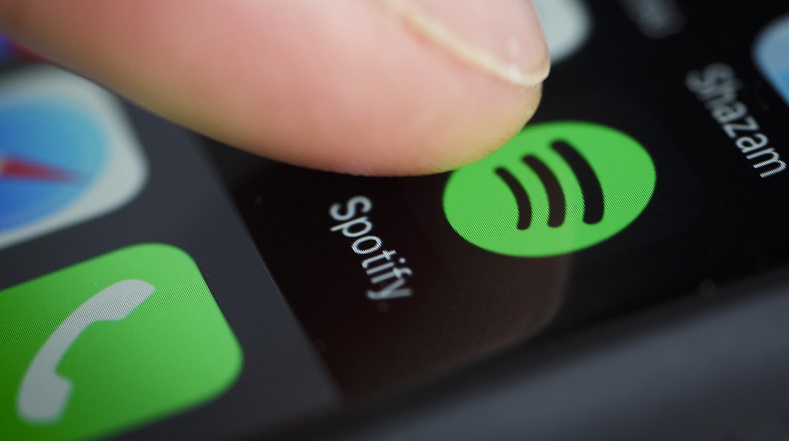 Spotify Technology SA reported a better-than-expected rise in first-quarter revenue on Monday as the music streaming company hit 100 million paid subscribers for its premium service, sending its shares up nearly 5 percent before a slight decline as noted below. 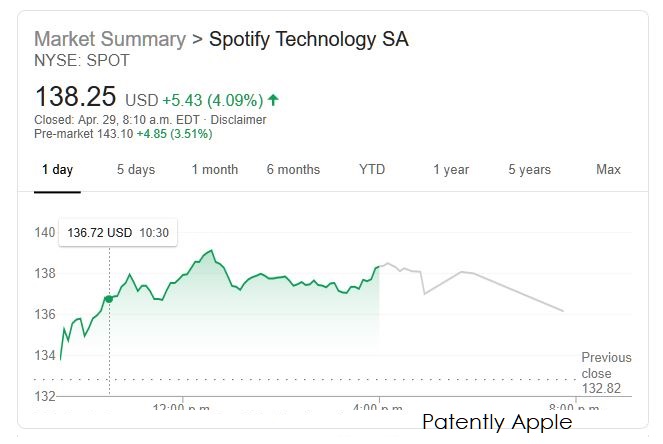 The global leader in the sector, with double the number of subscribers of nearest rival Apple Music, Spotify has launched in regions like India, Middle East and North Africa in recent months, seeking to fuel the next stage of its development as it continues to price aggressively in the developed world.

Spotify said it had 217 million monthly active users in March, up from 173 million in the same quarter a year earlier. Analysts on average were expecting the company to have 218.6 million subscribers, according to research firm FactSet.

Premium or paying subscribers at the end of the quarter were 100 million, up from 75 million a year earlier. Analysts were expecting the company to have 99 million paid subscribers. Reuters

Spotify's official letter to shareholders states: Results for Q1 2019 were largely positive with most metrics outperforming our expectations and landing at the high end of, or exceeding, our Q1 guidance. Sportify told shareholders that "Premium Subscribers grew to 100 million, up 32% Y/Y, reaching the high end of our guidance range of 97-100 million, and marking an important milestone in Company history. Outperformance was driven by a better than plan promotion in the US and Canada and continued strong growth in Family Plan. We also saw strong growth from the expansion of our Google Home Mini promotion, as well as the price reduction to our Spotify Premium + Hulu offering in the US.

In March, we extended our partnership with Google by expanding our Google Home Mini promotion to two new markets, the UK and France. The new promotional offer is substantially similar to the deal offered in the US in Q4. In the UK and France, new and existing Family Plan master account holders can claim a free Google Home Mini voice speaker. We believe that voice speakers are a critical area of growth, particularly for music and podcasts, and we intend to continue to pursue opportunities to expand our presence in that area."