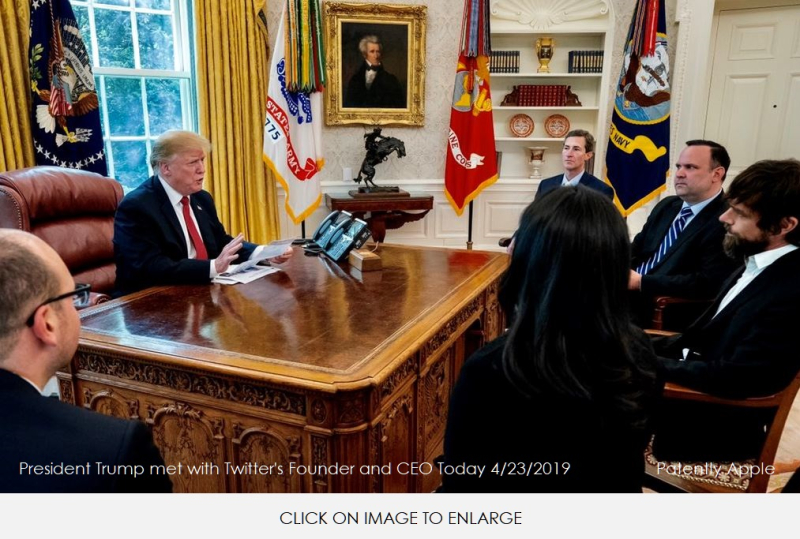 Earlier today President Trump met with Twitter's founder and CEO Jack Dorsey in the oval office for about 30 minutes. The meeting came just hours after the president lashed out at Twitter, reiterating his allegations that the company is discriminating against him and other conservatives, according to The Hill.

Prior to the meeting Dorsey reportedly stated in a company email seen by Motherboard: "As you know, I believe that conversation, not silence, bridges gaps and drives towards solutions. I have met with every world leader who has extended an invitation to me, and I believe the discussions have been productive, and the outcomes meaningful."

In another email, Dorsey reportedly stated that "Some of you will be very supportive of our meeting [with] the president, and some of you might feel we shouldn’t take this meeting at all. In the end, I believe it’s important to meet heads of state in order to listen, share our principles and our ideas."

Great meeting this afternoon at the @WhiteHouse with @Jack from @Twitter. Lots of subjects discussed regarding their platform, and the world of social media in general. Look forward to keeping an open dialogue! pic.twitter.com/QnZi579eFb

For more of the Motherboard report, click here. The Hill added that "A spokesperson for Twitter added in a statement, 'Jack had a constructive meeting with the President of the United States today at the president’s invitation. They discussed Twitter’s commitment to protecting the health of the public conversation ahead of the 2020 U.S. elections and efforts underway to respond to the opioid crisis.'"