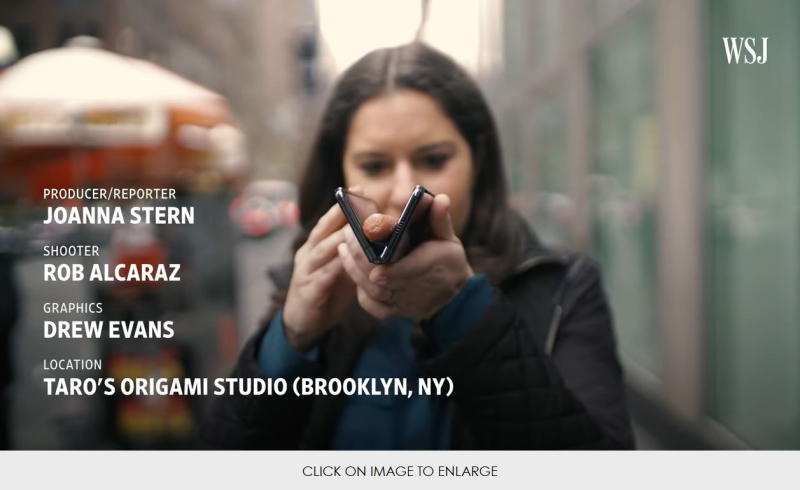 Last week Patently Apple posted a report titled "Samsung was hoping for a few days of Great Reviews for their Galaxy Fold when suddenly it all blew up in their Face." The report provided information on major Galaxy Fold display issues brought to light by chosen reviewers that Samsung trusted. The rest is history. Well, maybe not.

Today a Korean tech site and their fans are angry as hell again over how the western media is slamming native Samsung. In 2016 Patently Apple posted a report titled "Korean Press Report Goes Ballistic Calling the U.S. Recall of the Note 7 a Protectionist Move to Protect Apple." The byline spelt out the nature of the report that somehow was able to drag Apple into that mess.

Now the Korean tech press is fuming over The Wall Street Journal's "mocking" video report on Samsung Electronics' Galaxy Fold smartphone. It's caused quite a controversy in Korea and the report was quick to point out that video had gone viral with more than 570,000 hits (closing in on 597,000 as of this writing). Some Korean internet users have criticized the U.S. newspaper for posting an "insensitive" video on YouTube.

The Korean report today states that "Critics said Monday the paper's journalist should have offered a thorough and independent review of Samsung's latest smartphone in the video rather than focused on ridiculing it."

Yet the title of Joanna Stern's video report is pretty clear: "This Was Supposed to Be a Samsung Galaxy Fold Review," but it's not, states Stern right out of the gate in her video presented  below. How clear is that?

If the WSJ decides to pull this video from our report like they've done in the past, you could review the full video here.

The reason it wasn't "reviewed" is because the Galaxy Fold has such a major problem that the conclusion had to be "Don't buy the Galaxy Fold." How can any reviewer worth their salt promote a product that is so damaged at this stage prior to going on sale? If it's not saleable, it's not reviewable. That's pretty simple stuff that any intelligent person should be able to process.

The Korean tech press is so blindly angry at the U.S. press that they can't see the reality of the situation.  Until Samsung can prove this issue is far behind them, a loud warning to the public was the responsible thing to do. If mocking a bad products brings the issue to light faster and to the most people, so be it.

The Korean report noted that the "WSJ reporter Joanna Stern posted the video review of the Galaxy Fold, Friday (local time). In the three-minute video, the reporter put a sausage inside the screen of the smartphone, showed clips of peeling a banana and orange and folded a colored piece of paper.

The video has gone viral logging more than 570,000 hits as of 3 p.m. Monday, but has generated negative responses from some viewers, recording 22,000 thumbs-downs while having 10,000 thumbs-ups. More than 4,400 people left comments on the video, many expressing anger over mocking the device by putting a sausage and other objects inside the smartphone."

One Samsung fan noted in the Korean report, by the ID "Bruno Godinho," responded to the report by stating that the "WSJ has generally been a loyal fan of Apple." No Wonder, "This review boils down to bad attitude and poor journalism." Here we go again by someone in the Samsung cult dragging Apple's name into a Samsung crisis.

IT columnist Ham Young-min stated for the report: "When writing product reviews, it is perfectly normal to make negative comments on drawbacks of the product because those critical reviews are really helpful for consumers who are about to make a purchase. However, those acts like putting a sausage inside the device is just to bring it up to ridicule (see our cover graphic enlarged)."

In another Korean tech report posted today they noted that Samsung Electronics made the announcement today that they "would postpone media events scheduled for China this week in order to review the screen problem raised by US-based journalists.

Samsung was going to hold media briefings in Hong Kong on Tuesday and Shanghai on Wednesday. The events were put off, according to a report by China’s National Daily Business as the media company was notified by Samsung’s Chinese branch."

A third Korean tech report today, it tries to make some sense of the problem. At one point they state:  "Unlike previous Galaxy series Smartphones, Galaxy Fold uses a transparent polyimide (PI) film rather than special glass to protect a display panel. 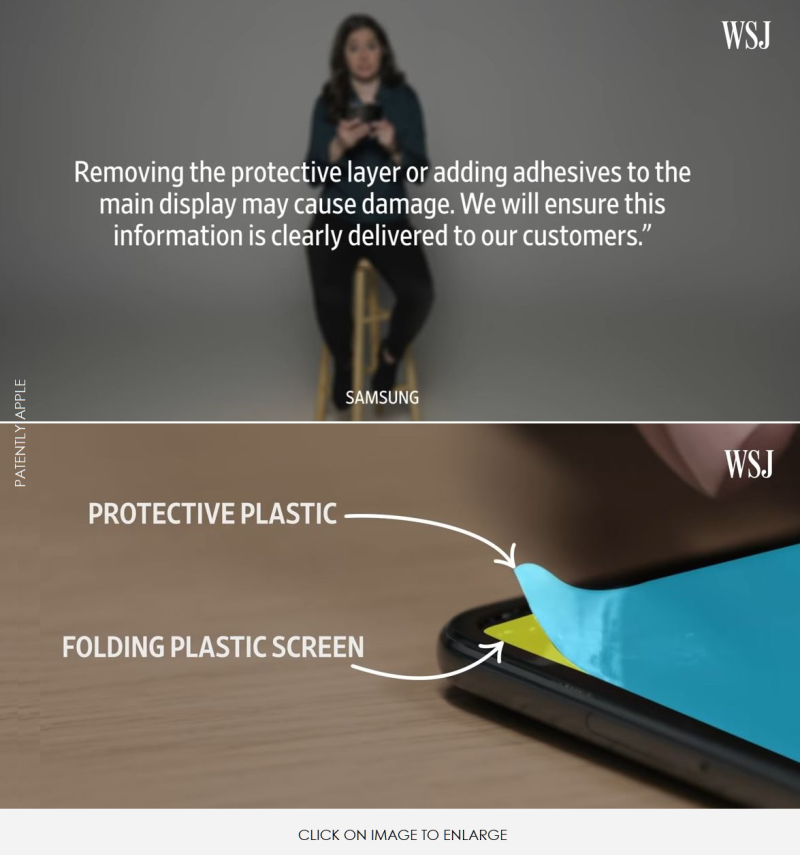 In trying to get ahead of Huawei's Mate X folding smartphone coming to market, Samsung rushed their device to market without enough testing. How can any serious tech company have their marketing team select models to give to the top and most influential reviewers without first double checking them to ensure that they were functioning properly and looked picture perfect? Samsung deserves to have this issue blow in their face for being so lackadaisical.

The entire marketing team was derelict in their duty. They were to ensure that Samsung's big splash for their revolutionary product went off without a hitch in the U.S. There wasn't one bad unit, there were multiple Galaxy Fold sample smartphones that malfunctioned showing that this issue wasn't a single mishap but rather a trend. Of course this mess would sound alarm bells.

At the end of the day, the Korean tech site should have pointed their anger at Samsung's marketing team for blowing it and not U.S. tech sites for bringing a major flaw to light. By pointing the finger at U.S. tech sites or Apple as their scapegoat, they're purposely fanning the flames of anger in the hopes of deflecting the party that's really at fault here: Samsung.