On Monday one of the Biggest IP Trials in History begins between Apple, Foxconn et al v. Qualcomm 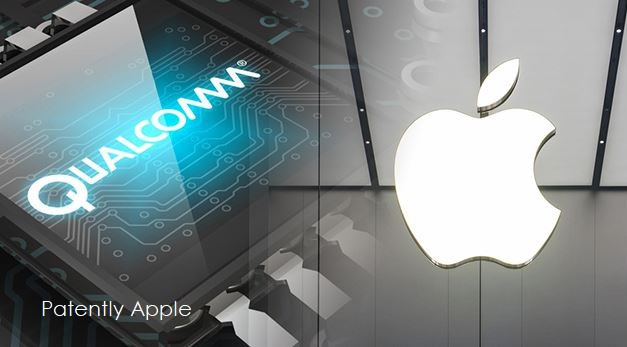 About $30bn will be at stake in what could be one of the biggest US corporate lawsuits as Apple and Qualcomm head to court in San Diego on Monday, reports the Financial Times (FT). Mark Lemley, a law professor at Stanford University told The Financial Times that "This is a huge dispute. The amount of money at stake potentially dwarfs any other intellectual property or antitrust case." By comparison, Apple won $1bn from Samsung in a patent case in 2012, and Hewlett-Packard won $3bn from Oracle in a contract case in 2016. On Tuesday the trial will start in earnest with opening statements by both sides.

The FT report states that "Tim Cook, the Apple chief executive, is expected to give testimony in a four-week trial in a federal court in which the iPhone maker and four companies in its supply chain are suing Qualcomm for up to $27bn in damages for overcharged chip royalties.

Qualcomm, which has denied wrongdoing, is seeking at least $7bn in back-payments from Apple and its suppliers in addition to billions in damages.

The San Diego trial is the centerpiece of a lengthy dispute between the two companies that has sprawled across the US, China and Europe and may affect Apple’s ability to launch a mobile phone equipped for 5G, the next generation of mobile internet.

Geoff Blaber, analyst at CCS Insight: "This is by far the most significant [case] we’ve seen so far, for both sides. For Qualcomm, it stands to shape the future of their business," but it could also weaken Apple’s 'bargaining power' and cost the iPhone maker billions.

The outcome of the trial is particularly significant for Qualcomm’s licensing business, which generated 64 per cent of the company’s total earnings before tax in 2018 on less than a quarter of total sales.

If the case tips in Apple’s favor, other Qualcomm licensees are likely to question the rates they are paying, and the 'future of the business model'" could come under pressure, said Mr Blaber.

CNET adds that "The trial will begin Monday with jury selection. On Tuesday, both sides present opening arguments, and Apple calls its first witnesses. The list could even include Apple CEO Tim Cook, who's likely to appear during the first week. Other big witnesses include Apple's operating chief, Jeff Williams; its head of marketing, Phil Schiller; Qualcomm CEO Steve Mollenkopf; and Qualcomm President Cristiano Amon. After the first week, court will be in session Mondays to Wednesdays, and closing arguments and jury deliberation are expected the week of May 13.

Apple referred CNET to comments it made when it filed its initial complaint. "Qualcomm's illegal business practices are harming Apple and the entire industry. They supply us with a single connectivity component, but for years have been demanding a percentage of the total cost of our products -- effectively taxing Apple's innovation," the comments read. "We believe deeply in the value of intellectual property but we shouldn't have to pay them for technology breakthroughs they have nothing to do with."

The CNET report is also an interesting read on this subject matter that you could review here.