Patently Apple first posted a report in early February that Apple supplier Japan Display would be bailed out by Chinese backed investors and did a follow-up report last week that Japan Display could land a deal for OLED Apple Watch displays if their financial deal was approved.

Today, Japan Display announced their bail out by Chinese 'Suwa Consortium and Capital Reinforcement will replace the Japanese government-backed INCJ. Below are three slides that Patently Apple obtained from JDI on the matter. 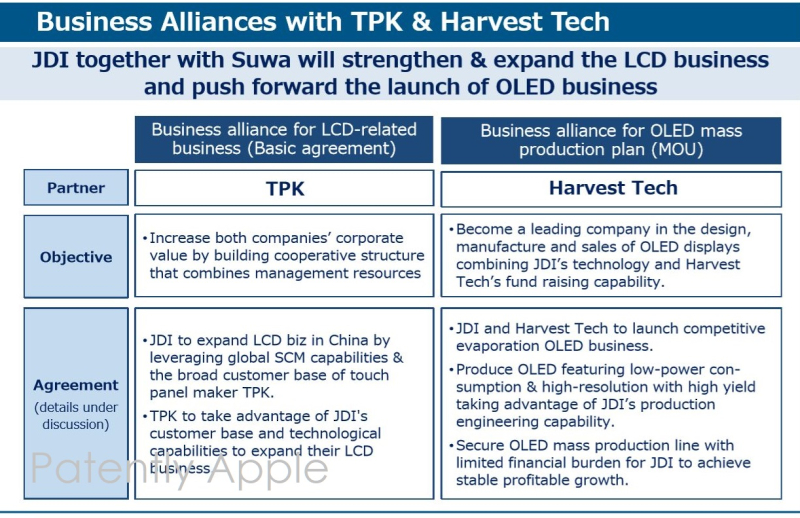 #3 What JDI Aims to Achieve

Reuters adds to this story by noting that "The deal could potentially be subject to a U.S. national security review at a time when Washington is stepping up its scrutiny on Chinese investment in the United States.

Japan Display has a subsidiary in San Jose, a U.S. business that could give the Committee on Foreign Investment in the United States (CFIUS) jurisdiction over the deal.

Displays may not necessarily be critical technologies that are export controlled, but some of Japan Display’s technologies such as fingerprint sensors could raise a national security concern, said Nancy Fischer and Matthew Rabinowitz, partner and senior associate, respectively, at U.S.-based law firm Pillsbury.

Reuters noted that the bail out cost was US$2.1 billion.