According to a new report from India today, premium smartphones and electronic merchandise worth about Rs 5,000 crore (over US$700 million) from 10 tech companies including Apple, Samsung, Vivo, HP and Motorola are stranded with customs after the Central Pollution Control Board (CPCB) suspended their import permits for not complying with e-waste rules.

The government suspended the import permits of the 10 companies for violating Extended Producer Responsibility (EPR) clauses — which are part of rules around management of e-waste — through a notification.

The Indian Cellular and Electronic Association (ICEA) has written to the secretary, requesting a review into the suspension of import permits. Apple, Vivo and Motorola are members of the ICEA. 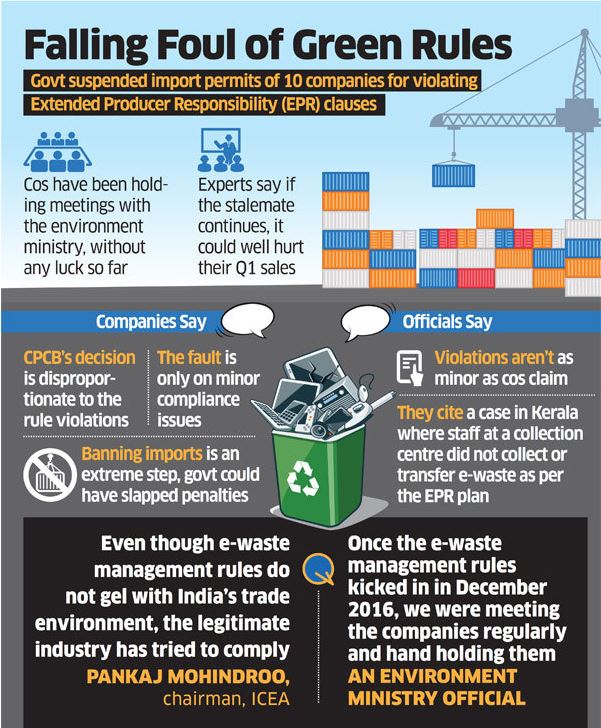 Indian officials in the environment ministry told ET that violations weren’t as minor as these companies were making them out to be. For more on this, read the full Economic Times report here.

Patently Apple reported just yesterday that Apple had reduced its carbon footprint for the third consecutive year through the company’s supplier Clean Energy Program. It's very difficult to believe that Apple, of all companies, would go out of their way to be non-compliant on e-waste.

Did India throw Apple into this circus so as to not show favoritism in the tech sector? Did Wistron or another Apple supplier try to hide their non-compliance with e-waste rules?

For now there are more questions than answers on Apple's true position here. The timing of this announcement after Apple's glowing clean energy program press release is a ding to their credibility if in fact they dragged their feet on this issue. It'll be interesting to hear from Apple directly on this, if they so choose to make a clarifying public statement.