In Seven of the Top Smartphone Markets around the Globe, iPhone Models Dominated all except for China in Q4 2018 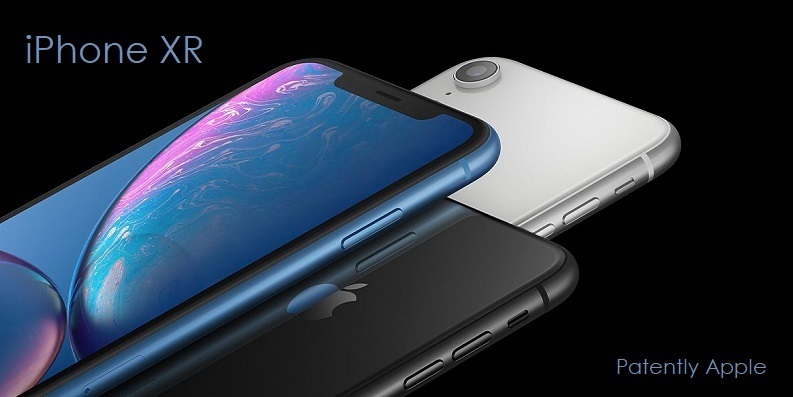 The following report uniquely illustrates 7 top smartphone markets and the top 5 smartphone models sold in each of them in Q4 2018. Contrary to foolish media reports, Apple's XR was the winner in five of the seven markets with the exception of China and South Korea.

The only major market where Apple's iPhones were unable to register a single win in the top five models in Q4 2018 was China as the chart below proves out. 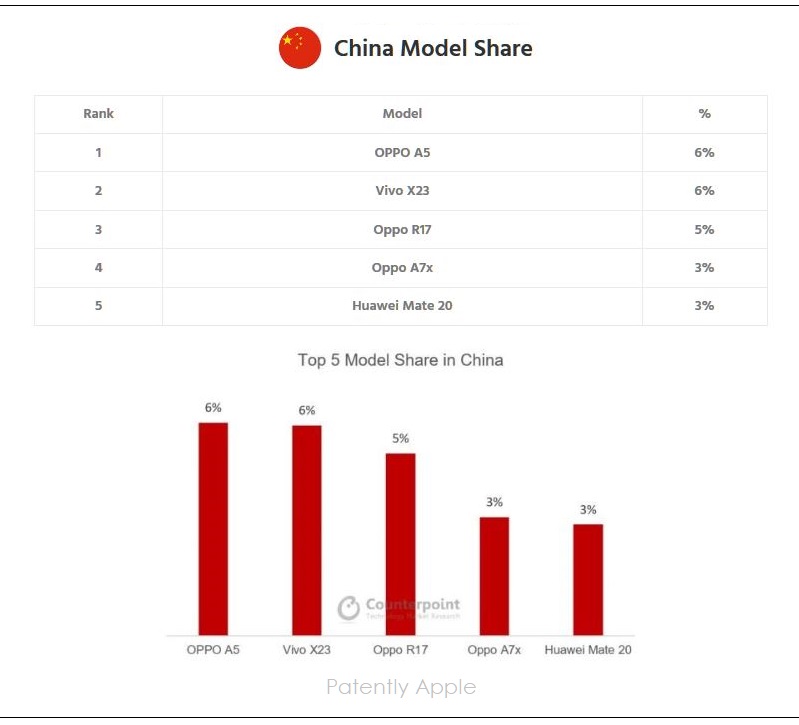 Beyond China, Apple's iPhone's dominated the top smartphone models list in the remaining six countries. In Japan iPhones took the top four models sold in Q4 2018. The iPhone XR was #1. 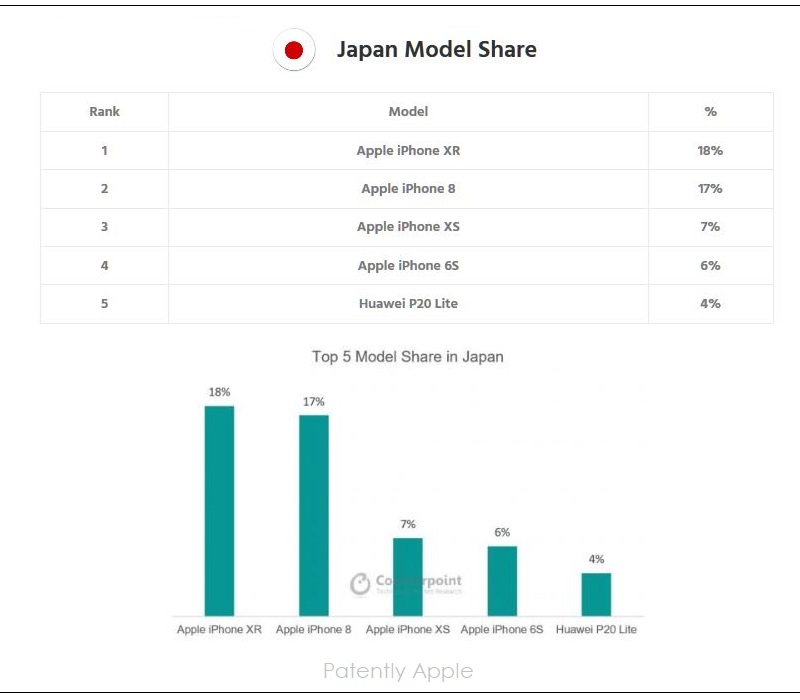 In the UK, iPhone took 3 out of the top 5 selling smartphone models with iPhone XR #1 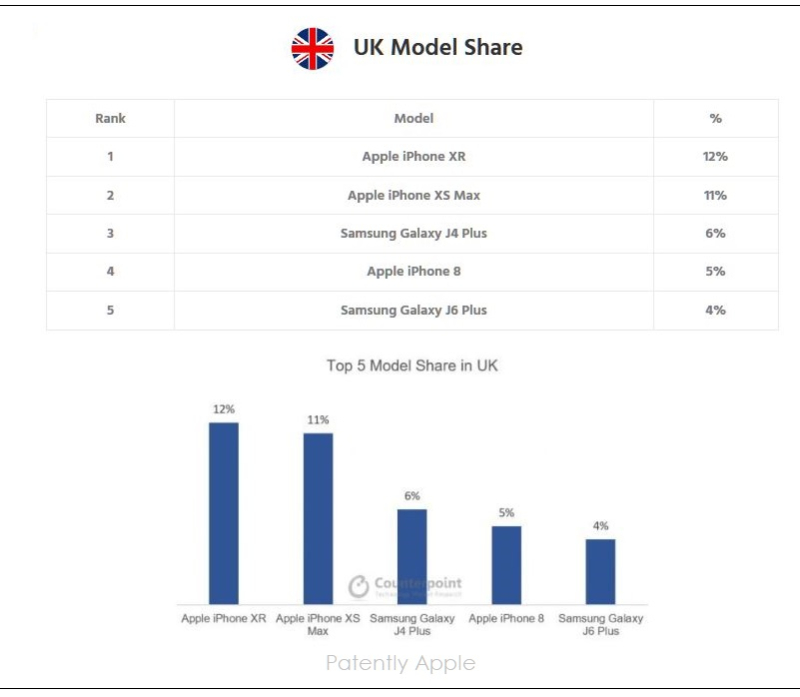 In the USA, Apple took 4 out 5 smartphone models with Apple's iPhone XR being #1 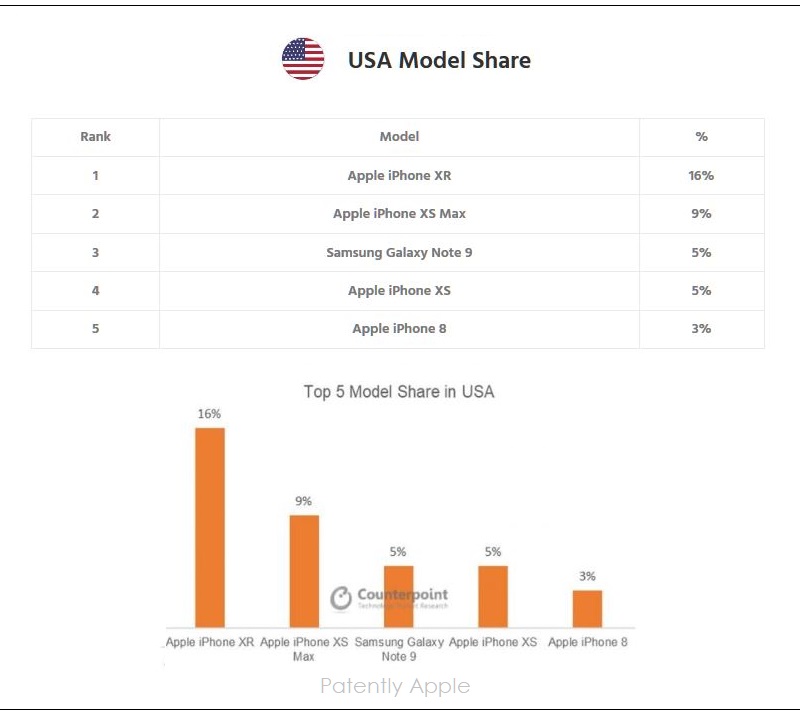 In Korea, Samsung's home turf, Apple only took a single position but it was the top selling one. The iPhone XS won #1 over the Galaxy Note 9. 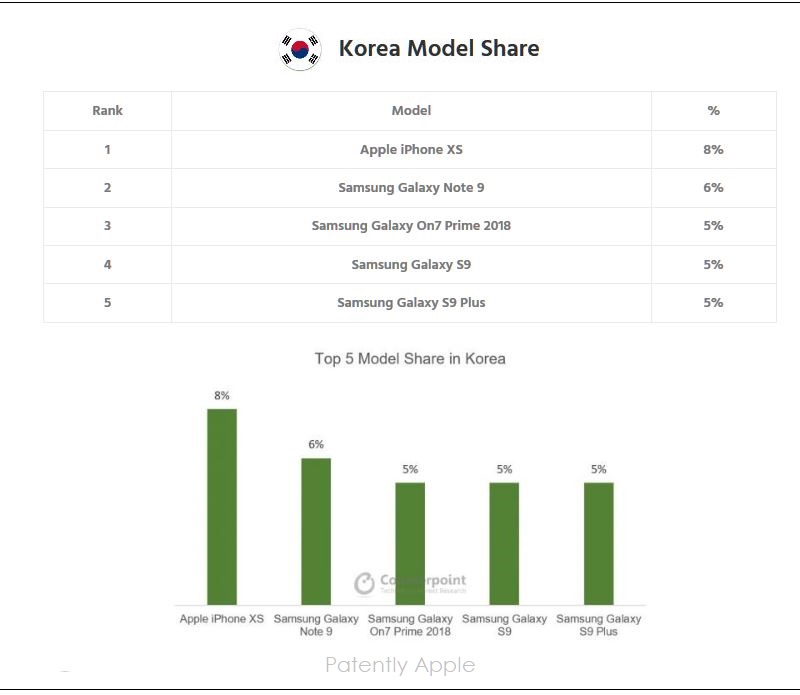 In France, Apple took 2 out of 5 smartphone models. The iPhone XR took #1 and iPhone X took #4. 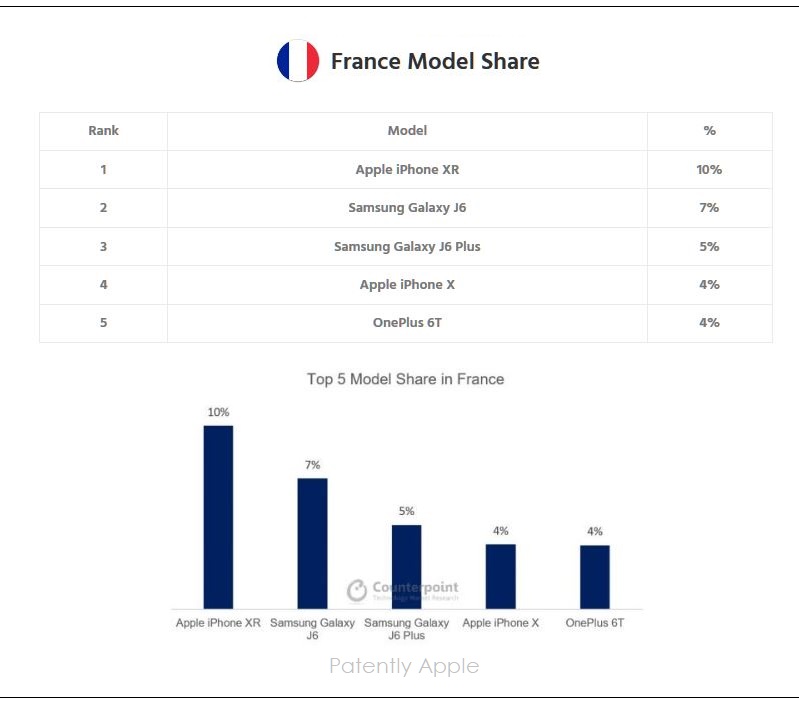 And last, Germany. Apple's iPhones took the top 3 out of 5 smartphones with iPhone XR taking top spot following the iPhone 8 in spot #2 and the iPhone XS Max took #3. 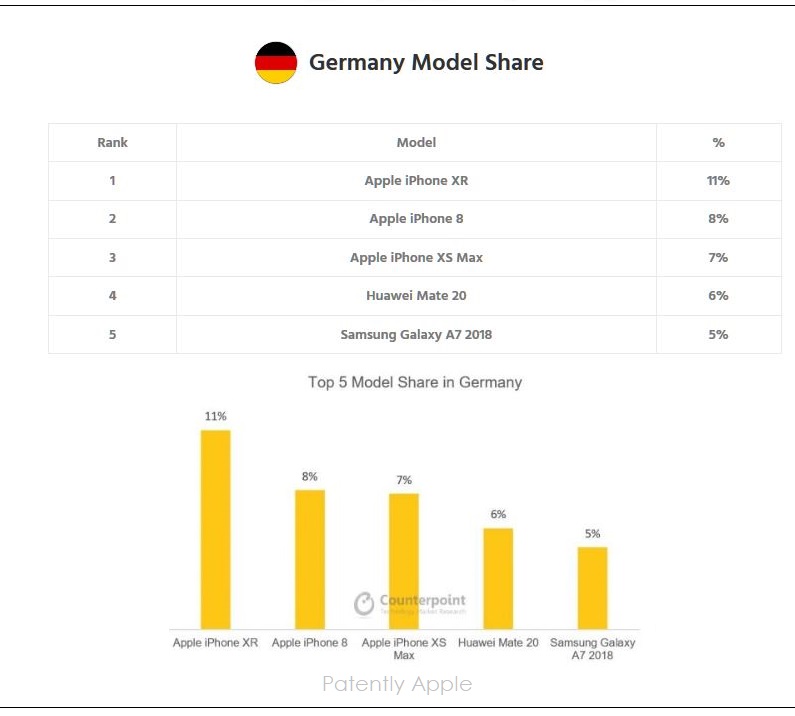 In the end it's very difficult to see the iPhone being in trouble as it dominated some of the largets markets on the planet in Q4 2018.

Of course this is now 2019 and most major smartphone companies will have 5G models out this year except for Apple. Time will tell if the lack of 5G matters or not for 2019.