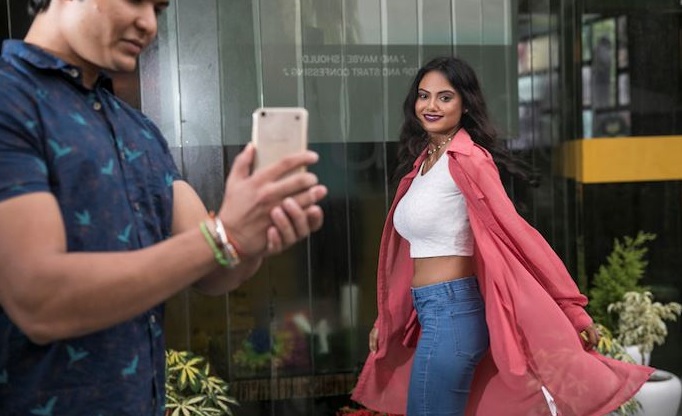 It's being reported in China that native ByteDance, the world’s most valuable startup, has been allowed by a court in India to restore access of its popular TikTok video-sharing app to users in one of the Chinese company’s most promising markets.

The Madras High Court in its interim order on Wednesday lifted the ban on the app, which had been blocked by Google and Apple Inc. TikTok was banned on concerns the app was exposing children to pornography and other disturbing content. The court will come up with a final order after hearing all the parties.

Neelamegam, a lawyer representing the petitioner: "TikTok will update their privacy protection norms according to the court’s order and will address any complaint over content in 3 to 36 hours. If TikTok does not meet the conditions set by the court, contempt of court proceedings can be initiated against them."

Back in October 2018 Patently Apple posted a report titled "Apple's CEO Greeted like a Rock Star during Visit at ByteDance, China's Hottest Startup." The photo below is from that report. 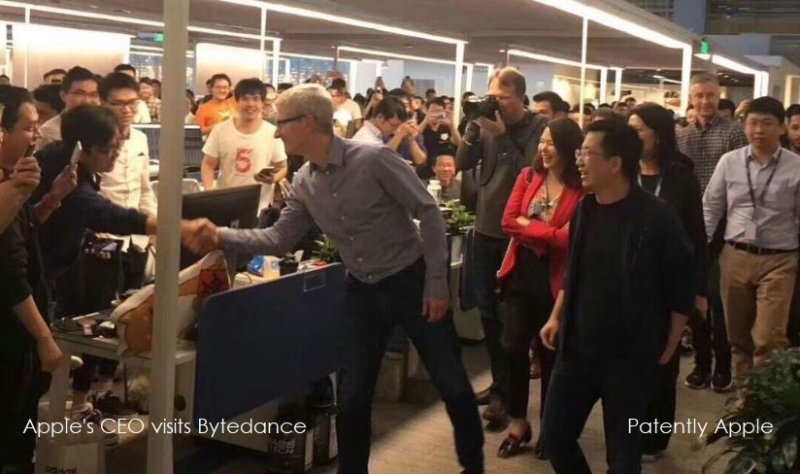 Making Comments on our Site: Patently Apple reserves the right to post, dismiss or edit any comments. Those using abusive language or negative behavior will result in being blacklisted on Disqus.