The U.S. Patent and Trademark Office officially published a series of 54 newly granted patents for Apple Inc. today. In this last IP report of the day we briefly cover patents relating to Apple's TrueDepth camera system for Face ID, and one relating to the future use of hover gestures controlling aspects of iOS. We wrap up this week's granted patent report with our traditional listing of the remaining granted patents that were issued to Apple today.

Apple's newly granted patent 10,268,234 covers their invention relating to their TrueDepth camera system referred to as a "vision system" that's supported by a special bracket assembly. In order for Face ID to function properly, the TrueDepth camera must be set firmly in place on your iPhone or iPad so as to ensure that when using Face ID, the system is able to match your face to what's on file in the secure enclave.

Technically speaking, the image of your face isn't what's stored in the enclave. Apple's A11 and A12 Bionic processors transform the depth map of your face (via an infrared image) into a mathematical representation and compares that representation to the enrolled facial data. Being math, there's no room for error. So the bracket holding the camera in place plays a crucial role. 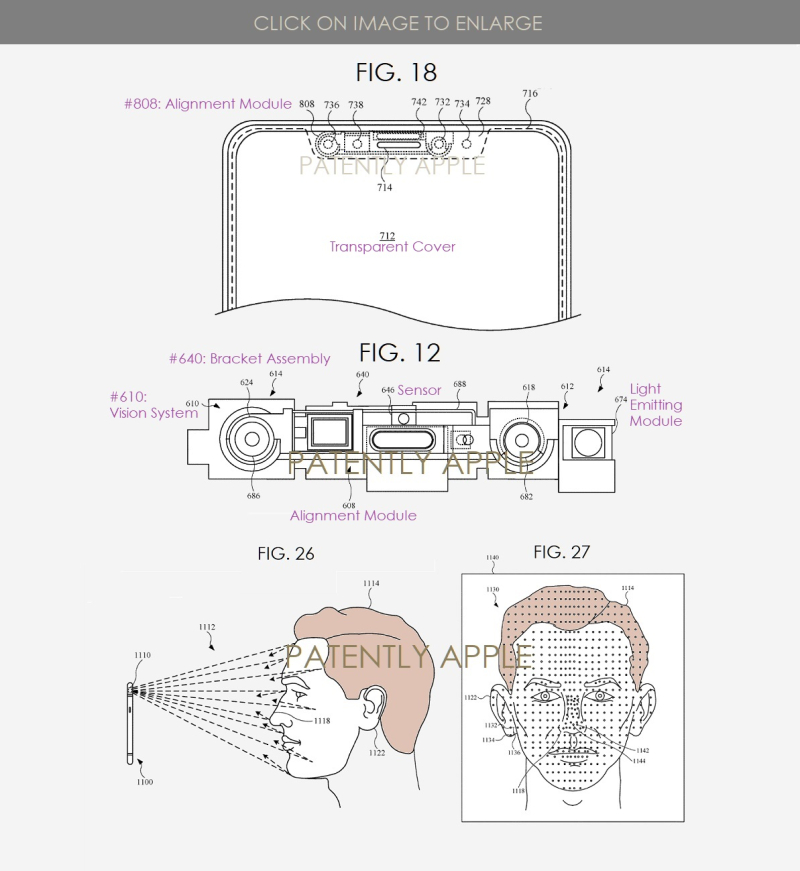 Today Apple was granted their second granted patent for "Touch and Hover Sensing" under number 10,268,303. Their first granted patent was issued in 2016.   Why touch your screen and grime it up when scrolling using an in-air hover sensing feature could allow you to simply gesture the movement of scrolling and the hover control will perform that task.

Apple's patent FIG. 5 below illustrates an object outside of a space directly above an example touch screen. 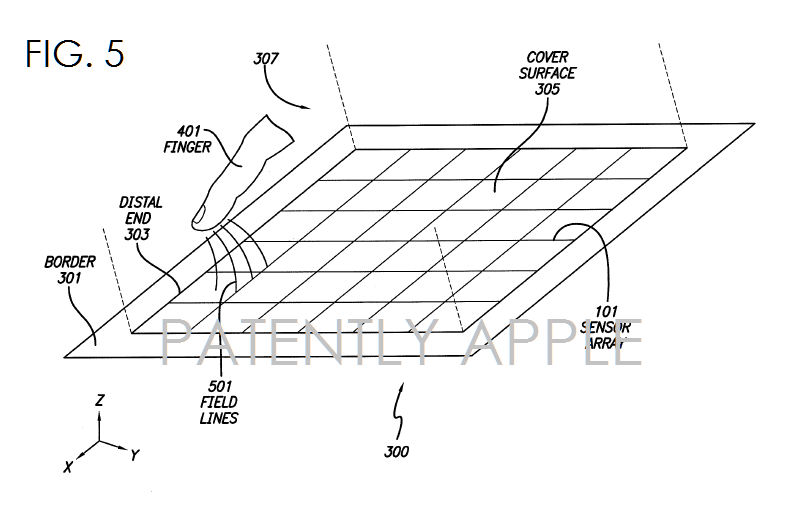 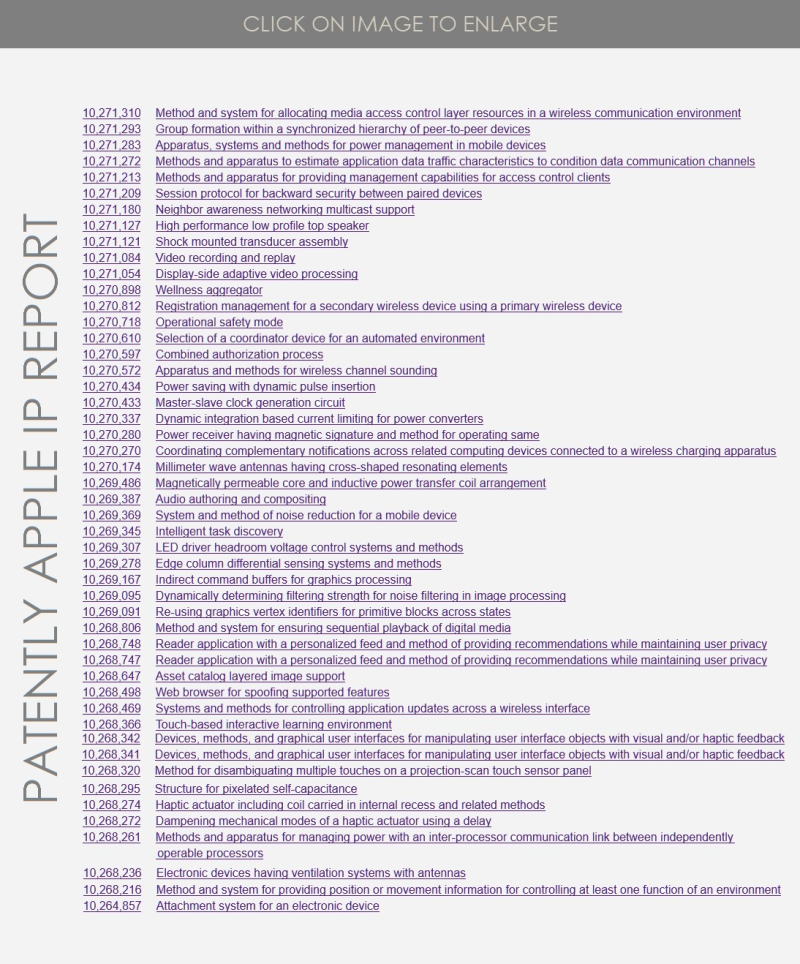