The U.S. Patent and Trademark Office officially published a series of 47 newly granted patents for Apple Inc. today. In this particular report we cover an iPad case design with a micro-textured lip with securing elements; iDevice displays with single or dual bent edges; and a dual display MacBook.

Apple was also granted their third patent for iPad magnetic stands. The original patent application for magnetic stands dates back to 2013. Apple was granted their first patent in 2014, their second in 2015. Just as Apple is to launch a new modular Mac Pro they've finally been granted for the original Mac Pro today. Apple was also granted a design patent for Powerbeats earphones. Last week the patent application for Powerbeats3 earphones was published by the U.S. Patent Office.

Apple's newly granted patent (#10,244,839) titled "Case with increased device retention from a micro-textured lip" relates a possible future iPad case that could include securing elements on a sidewall or corner portion of the case capable of preventing the portable electronic device from being forcefully extracted from the internal cavity when an external force is applied to the case. 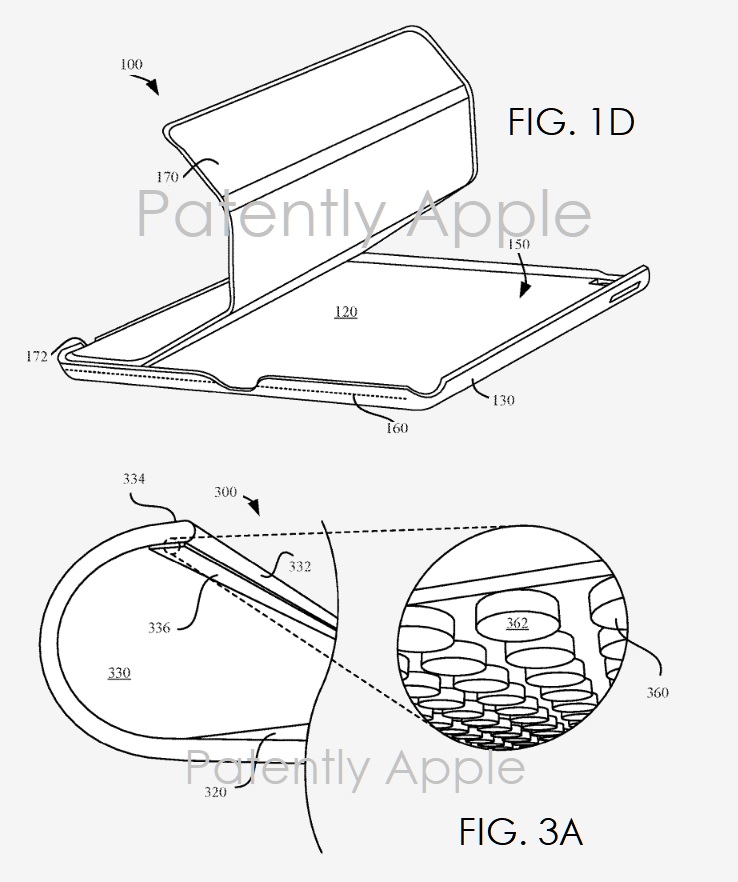 As shown in FIG. 3A above, the securing elements #360 can extend from the internal surface #336 of the angled edge #332. The securing elements can include a contact surface #362 that can be configured to grip or contact with a surface of the portable electronic device. In some examples, the contact surface  can be configured to grip onto one or more surfaces of the portable electronic device, including edges, display, cover glass, lateral surfaces, and the like.

The angled edge minimizes a reduction in the appearance of the case #300 by concealing the securing elements from the observer.

Apple's newly granted patent (#10,245,776) covers their invention relating to an iPhone and/or iPad having a flexible display with one or more bent edges as noted in FIG. 8 below. 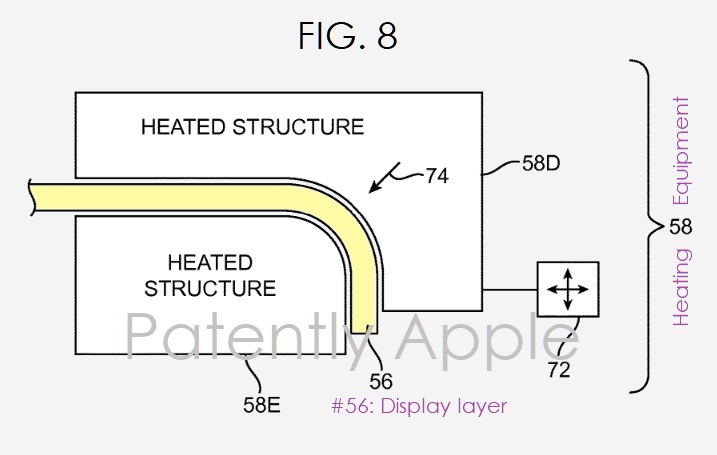 Apple's patent FIG. 8 above is a cross-sectional side view of an illustrative tool with heated structures such as an angled heated block that may be used to apply heat and pressure to bend the edge of a flexible display

Apple's newly granted patent (#10,248,221) covers their invention relating to a dual display MacBook that provides the user with a variety of virtual elements like a keyboard or game pad as shown in other Apple patents covering the same concept like this one. 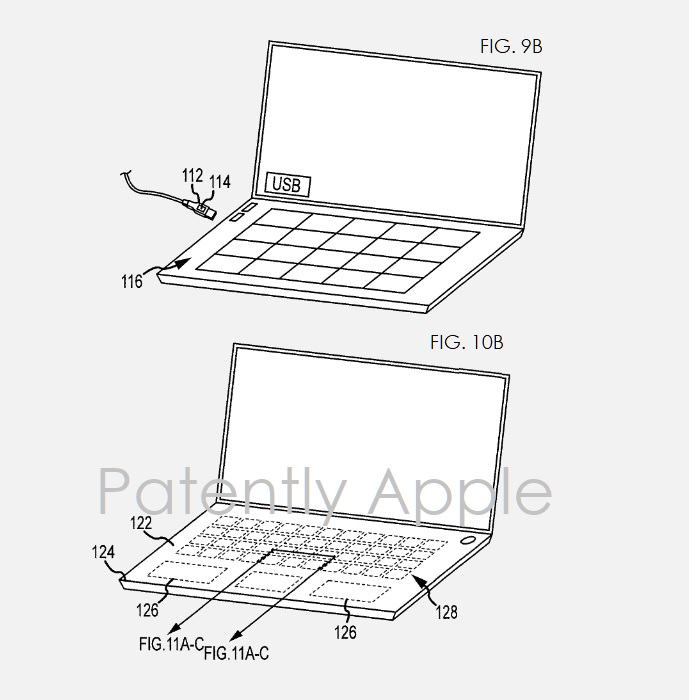 Apple's patent FIG. 9B illustrates an embodiment configured to sense a radio frequency identification tag located on a connector; 10B illustrates a portable computing device having a virtual keyboard.

Background: Patently Apple originally covered this as a patent application back in February 2011. Patently Apple covered Apple's major continuation patent regarding this invention back in May 2017 titled "Apple Continues to Advance a Hybrid Notebook with a Reconfigurable Surface Supporting a Virtual Keyboard & more." 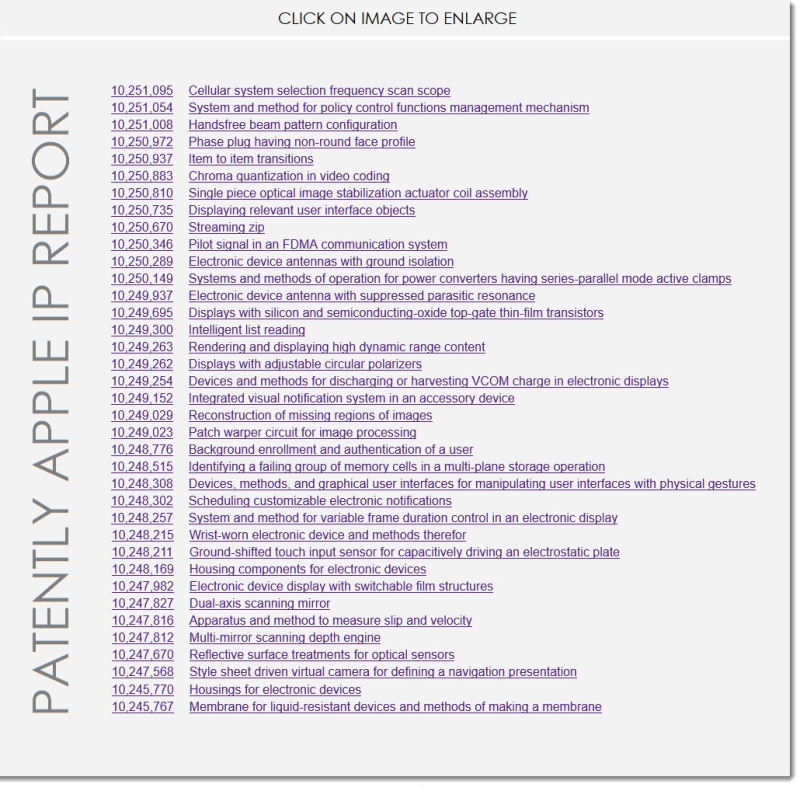