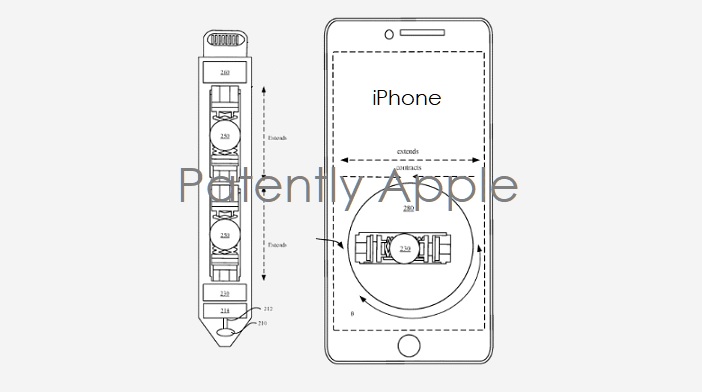 The U.S. Patent and Trademark Office officially published two newly granted patents for Apple Inc. today that cover new possible features coming to Apple Pencil.  One of the features is a new haptics system built into Apple Pencil that is shown to work in sync with an iPhone.

Apple's patent FIGS. 2A, B & D illustrate cross-sectional views of touch sensitive devices that include an axial haptic feedback component. The illustration clearly illustrates an iPhone being able to be in sync with this next-gen Apple Pencil. 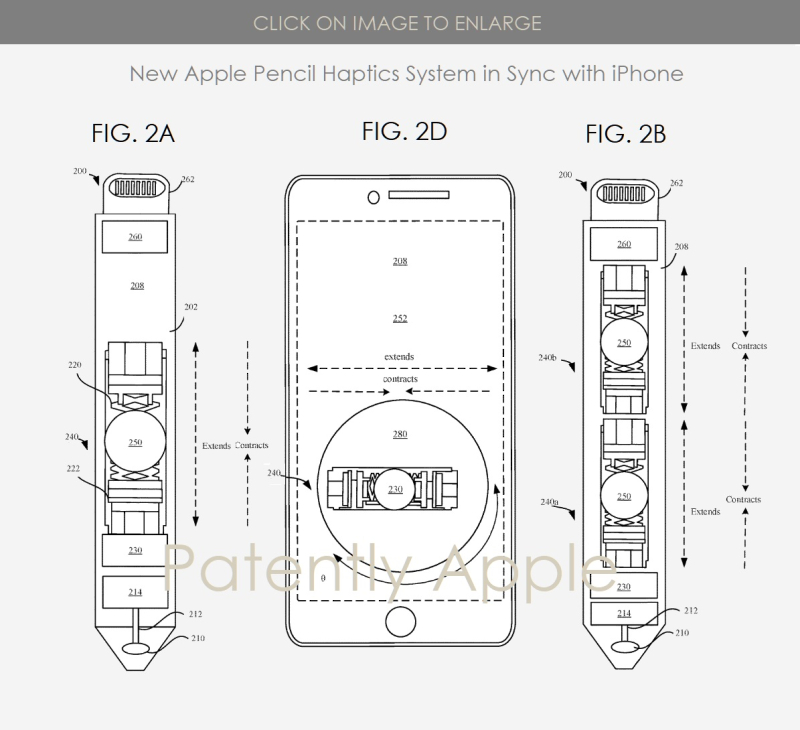 Apple's patent figures below illustrate Apple Pencil having swapped out the standard tip or distal for one that is an artist's brush. 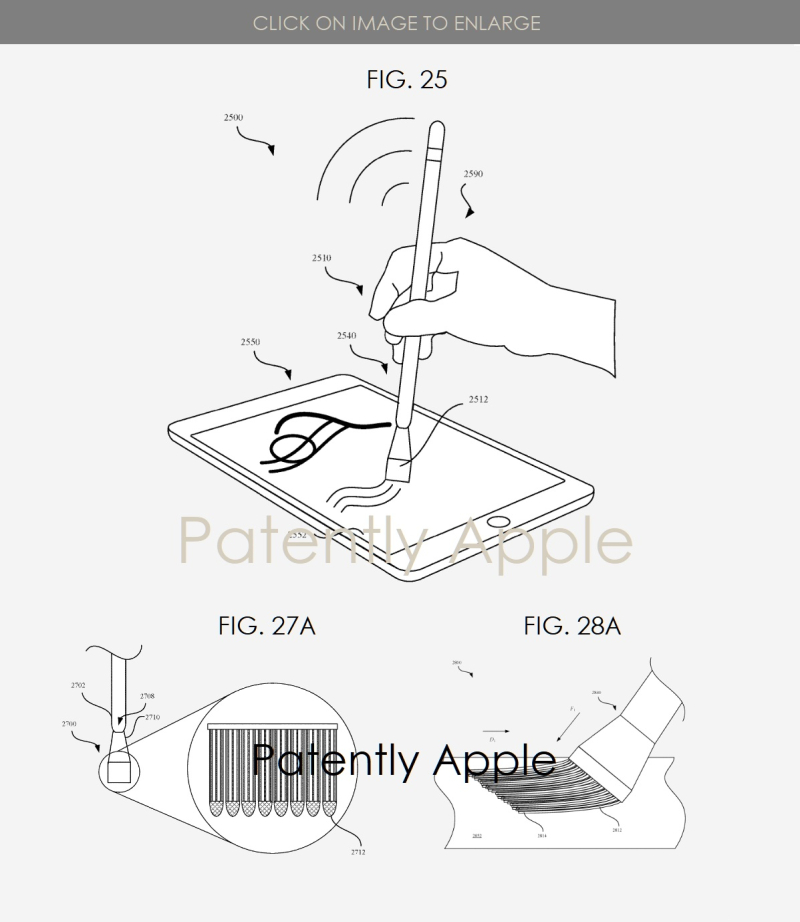 More specifically, Apple's patent FIG. 27A above shows a swapped tip with a plurality of strands (#2712)  that are included at a distal end of the touch sensitive device 2700. Each strand (#2712) is substantially elongated.

Apple filed for this patent back in May 2017 and granted today by USPTO. The granted patent is packed with details and well over 100 illustrations that you could review here.

In a second granted patent for Apple Pencil issued to Apple today we see that it deals with generating deformation feedback.

In Apple's patent FIGS. 8A-8B and 9A-9B below you're able to see cross-sectional views of Apple Pencil being able to have its tip or distal bend when force touch is applied to the tip. 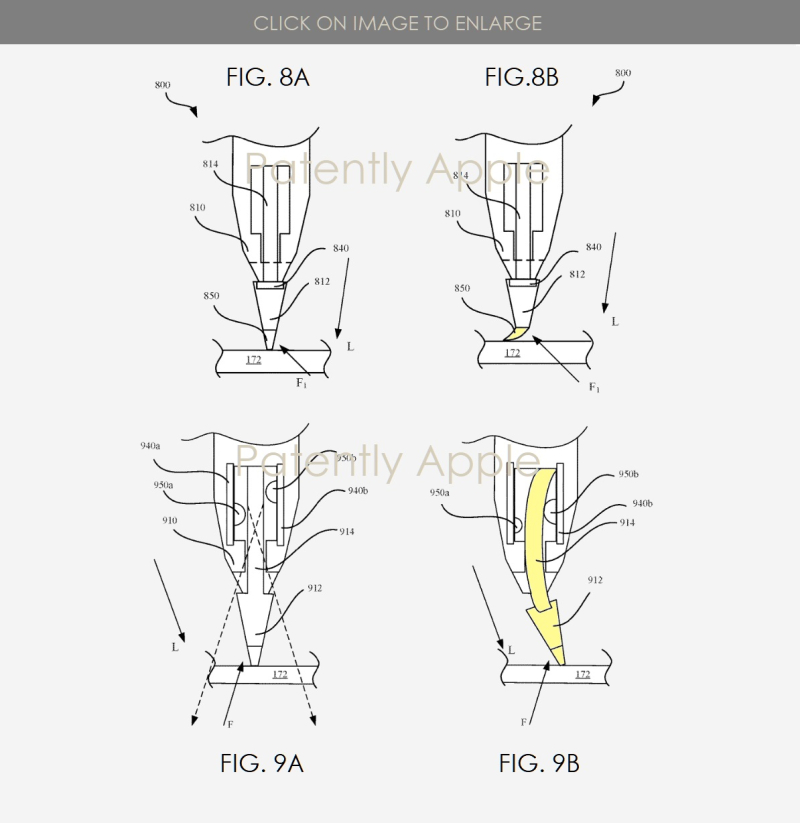 Apple further notes that the user can select "Force Adjust" from a menu of options. The list of options include: 1) soft; 2) medium; or 3) hard. Each force adjustment option is associated with a different type of deformation feedback.

In some embodiments, the "Force Adjust" option can be performed in conjunction with a sensor of the touch sensitive device 1910. For example, the sensor 260 can be configured to detect an amount of force that is applied against the touch screen panel.

Apple filed for this patent back in May 2017 and it was granted today under number 10,268,288 by USPTO. The granted patent is packed with details and dozens of illustrations that you could review here.