Apple reported that iPhone Revenue Dropped by 17% in Fiscal Q2 & IDC Translated that to being a Drop in Shipments by 30.2% 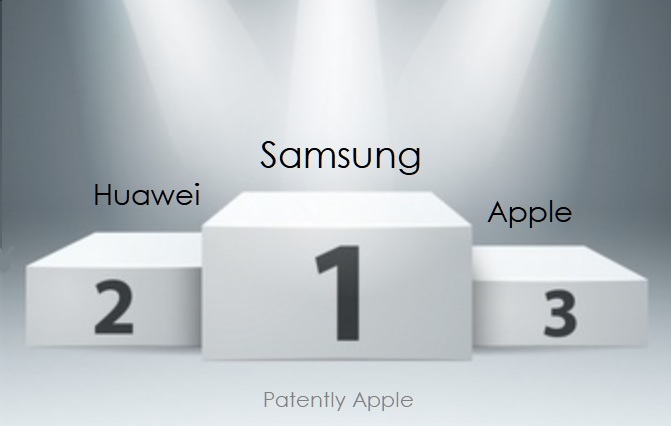 Apple's CEO Tim Cook stated the following in his opening financial conference statement for Fiscal Q2 2019 about iPhone: "For iPhone, while our worldwide revenue was down 17% from a year ago, declines were significantly smaller in the final weeks of the March Quarter."

With Apple not revealing accurate Quarterly shipments for iPhone any longer, Apple's spin has gone into high gear. While revenue is down only 17%, IDC reveals that iPhone shipments actually nose dived by 30% at the same time that Huawei's shipments sky rocketed by 50.3% in calendar Q1. That's a staggering statistic considering that Huawei is locked out of the U.S. market place altogether.

Samsung had a disastrous quarter as we reported on earlier today, with revenue down by 60%.  Imagine if Huawei smartphones would have been allowed to enter the U.S. in Q1 2019. Samsung's revenue would have been crushed like a bug.

Apple's CEO also stated in today's conference that their goal for iPhone was to "pick-up the pace" (at 4:45 mark of the conference)." I don't know how to interpret that statement. A drop in iPhone shipments of 30% sounds more like a reinvention of their iPhone business model is in order, let alone "pick up the pace."

Samsung responded to the attack on their smartphone market by Chinese OEMs by reinventing their A-Series line-up. Wikipedia states that "Starting in 2019 (5th generation models), the Galaxy A series has been re-positioned as upper mid-range smartphones slightly above the Galaxy S series that was introduced in the same year." Wiki further pointed out that the Samsung A-Series offers multi-lens camera, new infinity display, new Samsung One UI software, in-display fingerprint scanner, bigger batteries with fast charging, more powerful SoCs and plenty amount of RAM and Storage."

While it may take a few quarters to see if Samsung's counterattack makes a difference, at least they woke up and went into high-gear to challenge the threat from Huawei and other Chinese OEMs. Samsung was willing to shake-up their business model in order to remain the number one smartphone OEM in the world.

With that being said, IDC published a report today noting that "Challenges within the smartphone market carried right into the first quarter of 2019 (1Q19) with shipment volumes down 6.6% year over year.

IDC's Ryan Reith stated for the report that "It is becoming increasingly clear that Huawei is laser focused on growing its stature in the world of mobile devices, with smartphones being its lead horse.

The overall smartphone market continues to be challenged in almost all areas, yet Huawei was able to grow shipments by 50%, not only signifying a clear number two in terms of market share but also closing the gap on the market leader Samsung. This new ranking of Samsung, Huawei, and Apple is very likely what we'll see when 2019 is all said and done."

IDC's report further noted that "The iPhone struggled to win over consumers in most major markets as competitors continue to eat away at Apple's market share. Price cuts in China throughout the quarter along with favorable trade-in deals in many markets were still not enough to encourage consumers to upgrade. Combine this with the fact that most competitors will shortly launch 5G phones and new foldable devices, the iPhone could face a difficult remainder of the year.

Despite the lackluster quarter, Apple's strong installed base along with its recent agreement with Qualcomm will be viewed as the light at the end of the tunnel heading into 2020 for the Cupertino-based giant." 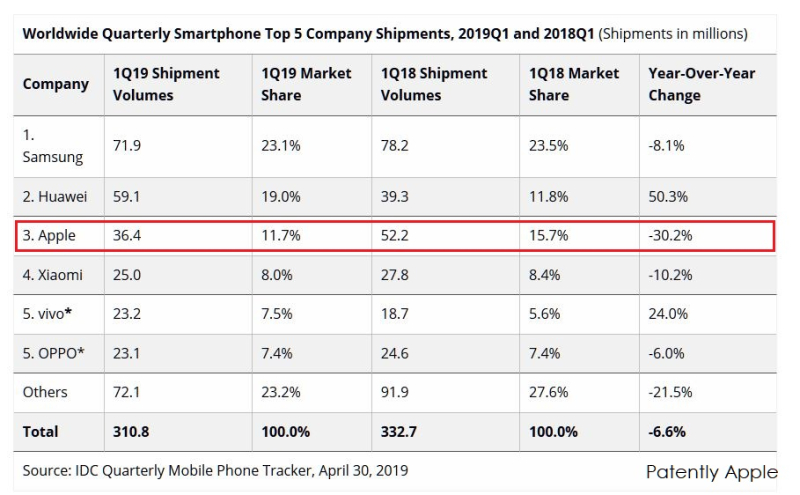 The big question now becomes, will Apple be able to mount a counterattack of their own later this year? Maybe, and this is where Apple's new services like Arcade and Apple TV+ will come into play.

While Huawei and Samsung will play-up 5G as the defining "premium" value for top-end smartphones in 2019, Apple will make the case that premium services for premium smartphones is where it's at.  Which of the two strategies will prevail in Q4 2019? Only time will tell.