Apple Reinvents MagSafe for the iPhone, iPad and Macs 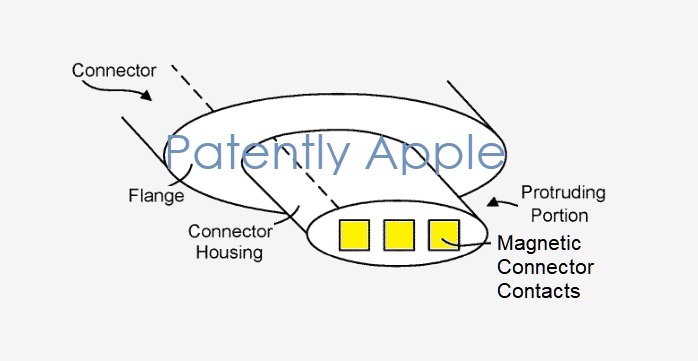 Today the US Patent & Trademark Office published a patent application from Apple relating to a smart charging system for a portable electronic device. The smart charging system includes a magnetized connector and a charging component that can be configured to dynamically attract and repel the connector to and from the portable electronic device. Last week we posted a report about a submersible iPhone. That's not possible with a standard port. The new connector could be a part of that solution.

Apple's patent FIG. 2 below is a simplified block diagram of an exemplary smart charging system. 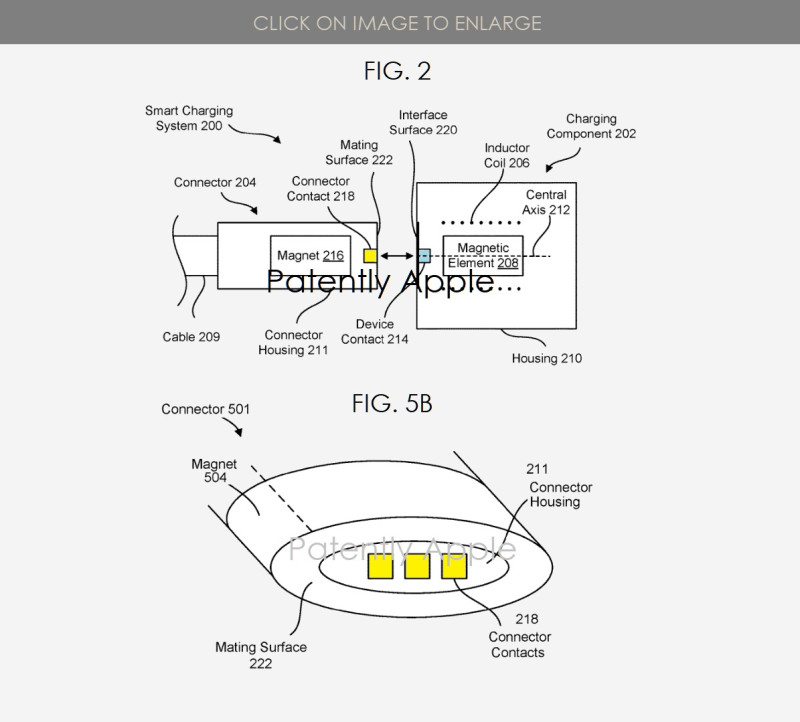 Apple's patent FIG. 5B above is a simplified diagram illustrating a perspective view of a connector having a magnet that forms part of the mating surface.

In addition to providing the force profile by varying attracting and repelling forces, a smart charging system can improve user feel and feedback by including one or more haptic devices. A haptic device is an electronic device that can recreate the sense of touch by applying forces, vibrations, or motions to a user. According to some embodiments of the present disclosure, a haptic device can be embedded within a connector and/or a charging component to provide haptic feedback to indicate the occurrence of a successful mating between the connector and the charging component.

Apple's patent application 20190103751 that was published today by the U.S. Patent Office was originally filed back in Q3 2017. For details, click here. Considering that this is a patent application, the timing of such a product to market is unknown at this time.