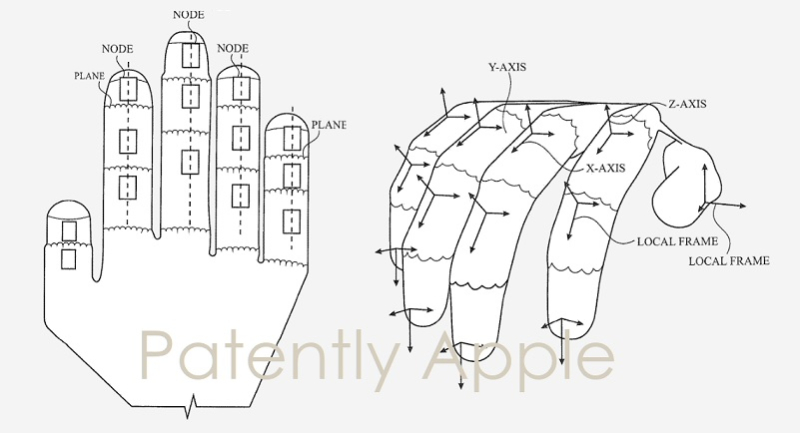 Today the US Patent & Trademark Office published a patent application from Apple relating to relates to a VR glove capable of measuring the movement of individual finger and thumb bones. The VR gloves, made with smart fabric technology could be used in many applications including games, education and military training.

The IMUs can include one or more motion sensors, such as a gyroscope and an accelerometer, for measuring the orientation, position, and velocity of objects (e.g., finger bones) that the IMU can be attached. An IMU can be located proximate to a finger (or thumb) bone and can measure the inertial motion of the corresponding bone.

In some examples, the VR glove may include magnetometers to determine the direction of the geo-magnetic field. The VR glove can also include one or more other electronic components, such as a plurality of electrodes for sensing the heading, enabling capacitive touch, and/or contact sensing between finger tips.

The VR glove can also include force sensors, actuators for haptic feedback, temperature sensors, and heaters. The VR glove can further include logic such as an on-board controller, a connector, a transceiver, a battery, and the like.

One or more buses can be used to carry signals between the electronic components to, e.g., the on-hand controller. The VR glove can be a fabric glove where one or more (e.g., all) electronics components can be knitted or woven into the glove.

In some examples, the fabric can be stitched together using conductive threads. Examples of the disclosure can further include detecting movement of the glove without using magnetometers by comparing the motion detected by the IMUs with local frame(s). Heading initialization can include rotation optimizers, and heading correction can include detecting irregularities (e.g., collision, rotations, etc.) of the nodes associated with the IMUs. 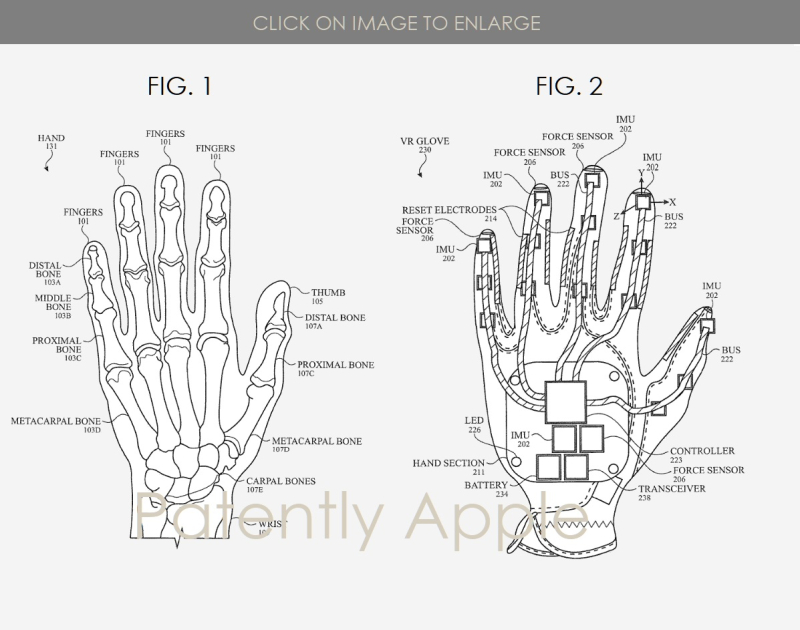 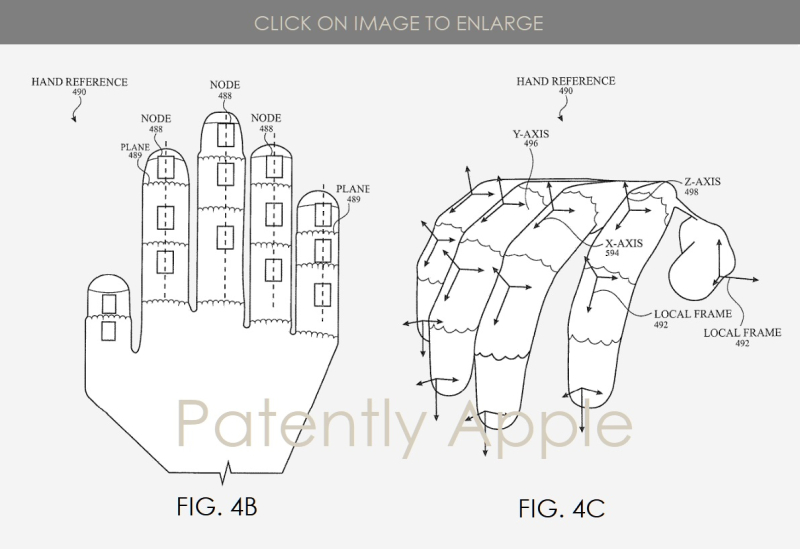 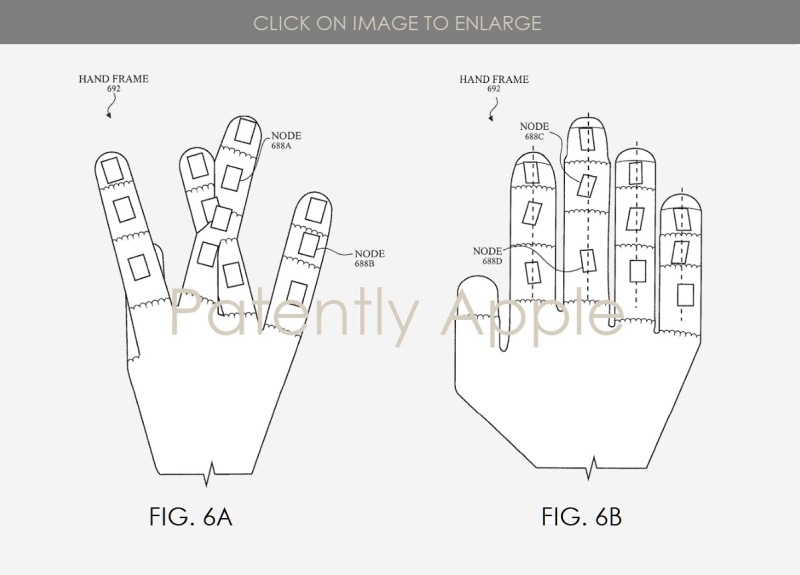 In some examples, one or more functions and features of the VR gloves can allow the user to interact with the simulated virtual environment in the absence of cameras and with reduced occlusion.

Apple notes that the VR glove can be a knitted or woven glove where one or more (e.g., all) electronics components can be integrated into the fabric of the glove.

In some examples, glove can include a fabric with multiple sections having a different number of layers.

For example, IMUs can be located proximate to the center of a finger bone. Electronic components that can be woven into the fabric of the glove can include, but are not limited to, the IMUs, the electrodes, and the controller. In some examples, the fabric can be stitched together using conductive threads.