Home Archives Contact Us Subscribe Twitter MeWe Facebook Patently Mobile
Shot on iPhone XR: Don't Mess with Mother Earth, with Music by Megadeth
Samsung was hoping for a few days of Great Reviews for their Galaxy Fold when suddenly it all blew up in their Face 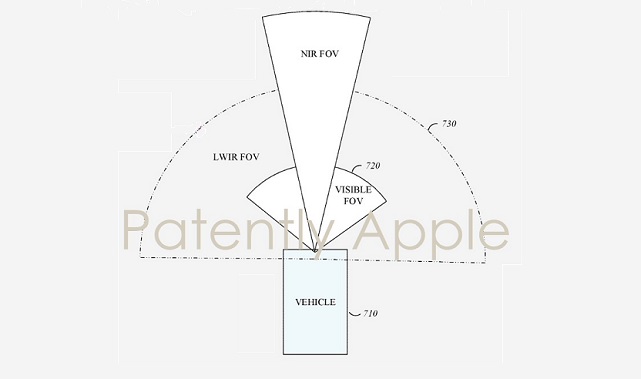 It's being reported today that Apple has been holding talks with at least four companies as possible suppliers for next-generation lidar sensors in self-driving cars, evaluating the companies’ technology while also still working on its own lidar unit, three people familiar with the discussions told Reuters.

Reuters further reports that "The moves provide fresh evidence of Apple’s renewed ambitions to enter the autonomous vehicle derby, an effort it calls Project Titan. The talks are focused on next-generation lidar, a sensor that provides a three-dimensional look at the road.

Apple is seeking lidar units that would be smaller, cheaper and more easily mass produced than current technology, the three people said. The iPhone maker is setting a high bar with demands for a "revolutionary design," one of the people familiar with the talks said. The people declined to name the companies Apple has approached.

The sensor effort means Apple wants to develop the entire chain of hardware to guide autonomous vehicles and has joined automakers and investors in the race to find winning technologies.

Current lidar systems, including units from Velodyne Inc mounted on Apple’s fleet of self-driving test vehicles, use laser light pulses to render precise images of the environment around the car. But the systems can cost $100,000 and use mechanical parts to sweep the laser scanners across the road. That makes them too bulky and prone to failure for use in mass-produced vehicles.

But what is clear from Apple’s interest in cheaper lidar systems is that it wants to control the "perception stack" of sensors, computers and software to drive an autonomous vehicle, regardless of who makes the vehicle, another person familiar with the talks said.

In addition to evaluating potential outside suppliers, Apple is believed to have its own internal lidar sensor under development, two of the people said. Apple also wants sensors that can see several hundred meters (yards) down the road.

The long-distance requirement shows Apple is interested in fully self-driving vehicles, versus the more limited features such as adaptive cruise control used today, two people familiar with the matter said.

One Reuters source says that Apple isn't happy with most of what they've seen thus far as their looking for a revolutionary design.

Another source familiar with the matter added that Apple is seeking a "design-oriented" sensor that would be sleek and unobtrusive enough to fit into the overall lines of a vehicle.

Interestingly three of Apple's Project Titan patents coming to light in 2019 have focused on Lidar-like and other kinds of light sensors that could assist in far view night time driving; systems that could keep an autonomous vehcile stable on the road in bad weather conditions by using advanced radar systems scanning the road beneath the vehicle; and next-gen vehicle lighting system. See the reports below for more information: 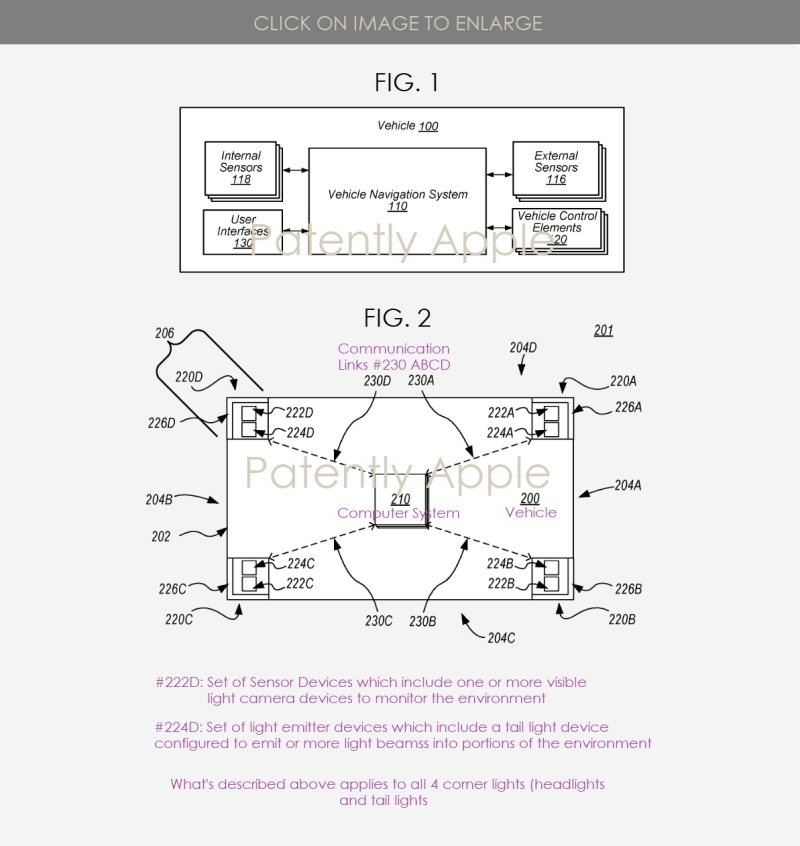 02: Apple's Project Titan Team Invents an Advanced Nighttime Sensing System with 3X the Power of Traditional Headlights (our cover graphic is from this patent)

As a side note, Reuters recalled Apple re-hired Doug Field last year, an Apple veteran who was serving as Tesla’s engineering chief, to work on Project Titan which has about 1,200 on staff, a count found in court documents.

Field has brought on key hires since returning to Apple including high profile Michael Schwekutsch. Patently Apple covered this hire in a report titled "Apple Strengthens Project Titan Team by hiring Tesla's VP of Engineering who had worked on the Model 3 and Tesla Semi."