The U.S. Patent and Trademark Office officially published a series of 54 newly granted patents for Apple Inc. today. In this particular report we briefly cover a single granted patent that takes Animojis to the next level by allowing a user to replace their head and face with an Animoji character while the user's body and movements are naturally from the user. Who says you can't stay young forever? 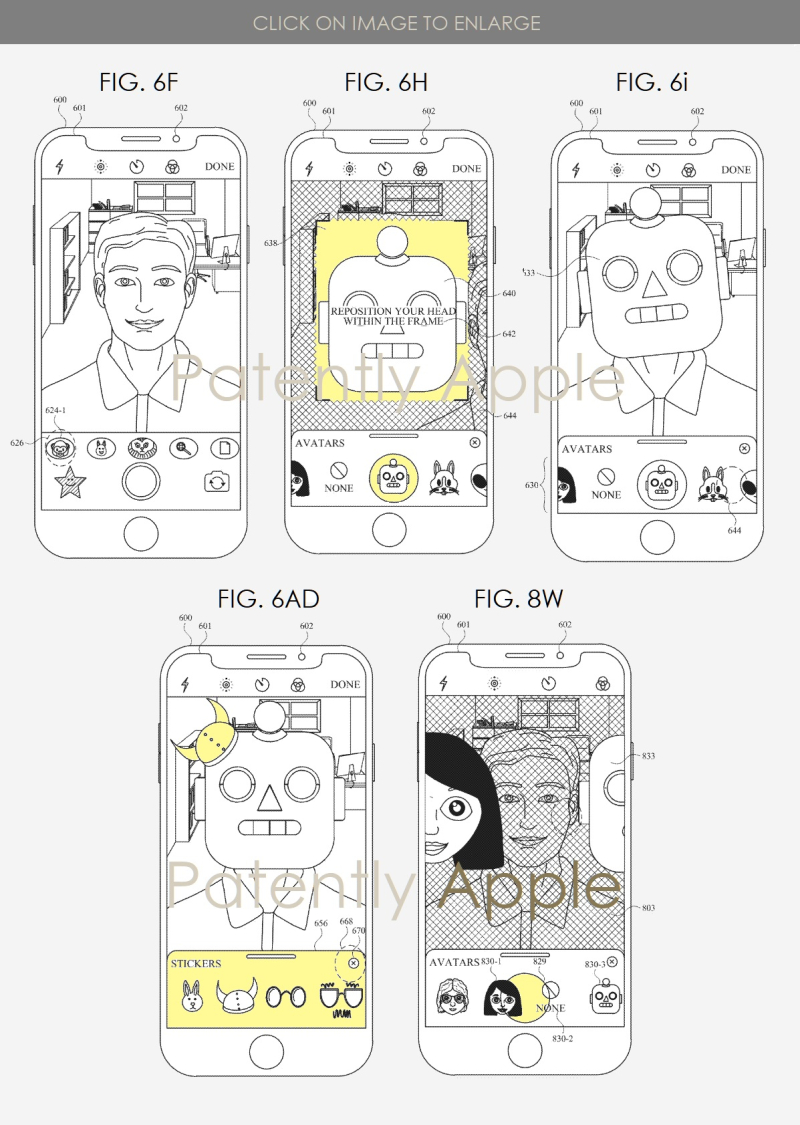 Apple further notes for FIG. 6H, that if the device #600 (iPhone X family model) detects that the user's head moves beyond the field-of-view of camera #602, the iPhone will provide a prompt #638 containing representation #640 of the selected robot avatar (Animoji) and message #642 instructing the user to reposition their head in the field-of-view of the camera.

Users will be able to record a message while in character and email or text it to friends and family.

Apple's granted patent 10,270,983 was originally filed in Q3 2018 and published today by the US Patent and Trademark Office. There are well over 100 illustrations to view with more features to explore here.