Last September Patently Apple posted a report titled "Apple's new Federation Square Apple Store in Melbourne Fails to Impress Some on City Council as Protests Mount." The report noted that there was a massive backlash to the initial design and Apple's presence in Federation Square by a vocal part of Australia's citizenry. The protests forced Apple to submit a new store design to appease the very same city council that was "thrilled" initially in 2017 at Apple's first proposal.

The Sydney Morning Herald report today that Apple Store plans have been shelved after heritage authorities refused an application to demolish part of the existing square where the Apple Store was to be built.

Heritage Victoria on Friday issued a refusal to Federation Square management, which had applied to knock down the Yarra Building to make way for an 'Apple Global Flagship Store.' 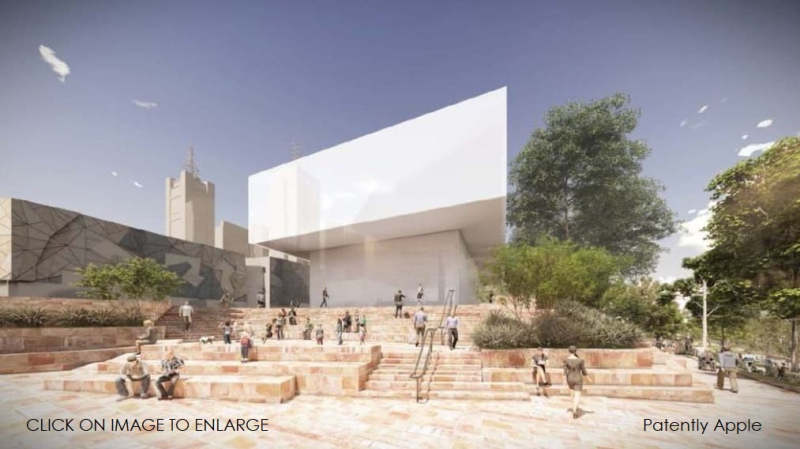 Heritage Victoria's ruling found the Apple store would have been 'visually dominant,'  and that demolition of the Yarra Building would have "diminished" the public square.

Heritage groups and a Melbourne City Councillor who had vehemently opposed the Apple plan welcomed the decision, saying the Apple plan had been inappropriate for Melbourne.

An Apple spokeswoman said the company was disappointed, and would no longer pursue its Federation Square plan. For more on this, read the full report here.

Back in 2018 Melbourne's Tourist Minister John Eren was hopeful that City Council would vote for the new Apple Store knowing that a negative vote would be a big win for Sydney.

Hopefully Sydney will open their arms to a grand new flagship Apple Store to rub it in Melbourne council's face for passing up on a great investment in Australlia. Hopefully near Sydney Harbor