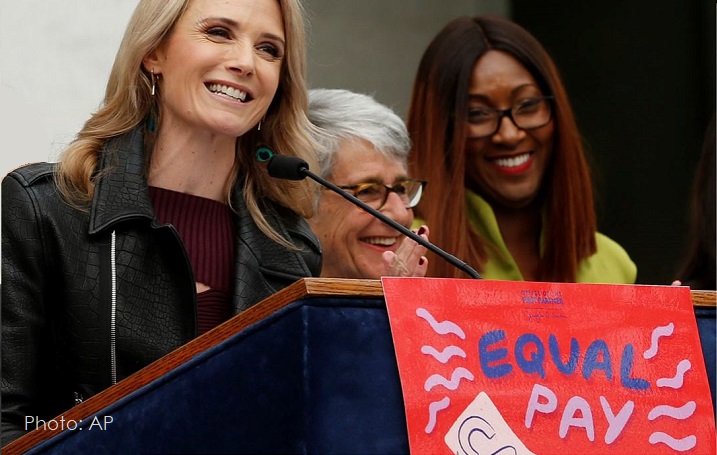 A group led by California's first partner, Jennifer Siebel Newsom, on Monday launched a new campaign to raise awareness of the gender pay gap as part of an effort to achieve pay equality for women. The group announced "13 inaugural corporate commitments to their CA Equal Pay Pledge," including Apple, AT&T and Airbnb. Siebel Newsom stated during a press conference that "California has the strongest equal pay laws in the nation," but but that there's still more work to be done.

Ariela Gross, a professor of law and history at the University of Southern California Law School: "Anything that brings attention to the fact that this still exists, and especially gets a high-profile effort to get companies to make the commitment to pay equity, is encouraging."

CNBC further reported that "Overall, the national group estimates California women lose on average a combined total of more than $78.6 billion each year as a result of the wage gap.

Seven Republicans in the House voted for the Paycheck Fairness Act. However, the legislation faces a less-certain future in the GOP-controlled Senate. Critics of the proposed bill have called it 'misguided.'"

The press release was issued by the Office of Gavin Newsom that you could review in full here.