Apple's invention describes techniques for interacting with a HMD device using an eye gaze. According to some embodiments, a user uses their eyes to interact with user interface objects displayed on the electronic device display. The techniques provide a more natural and efficient interface by, in some exemplary embodiments, allowing a user to operate the device using primarily eye gazes and eye gestures (e.g., eye movement, blinks, and stares).

The techniques can be applied to conventional user interfaces on devices such as desktop computers, laptops, tablets, and smartphones. The techniques are also advantageous for virtual reality, augmented reality, and mixed reality devices and applications.

The patent notes that some of the technology is powered by an iPhone, iPad or MacBook while other technologies are powered by the HMD.

The HMD system includes image sensor(s), which optionally include one or more visible light image sensor, such as charged coupled device (CCD) sensors, and/or complementary metal-oxide-semiconductor (CMOS) sensors operable to obtain images of physical objects from the real environment. 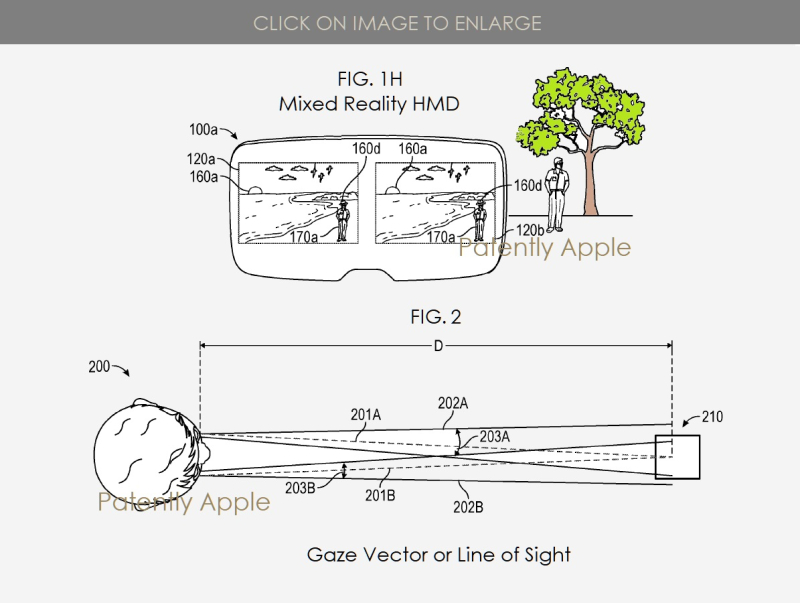 In some embodiments, enhancing an object includes altering the visual appearance of the object itself (e.g., by making the object brighter or changing the color of the object).

In some embodiments, enhancing an object includes degrading the visual appearance of other aspects of an environment (e.g., by making another object or the surrounding environments appear blurry).  Similarly, in a 2D representation of a 3D environment, a smaller object or an object that has a greater depth value in the 3D environment is optionally enhanced. 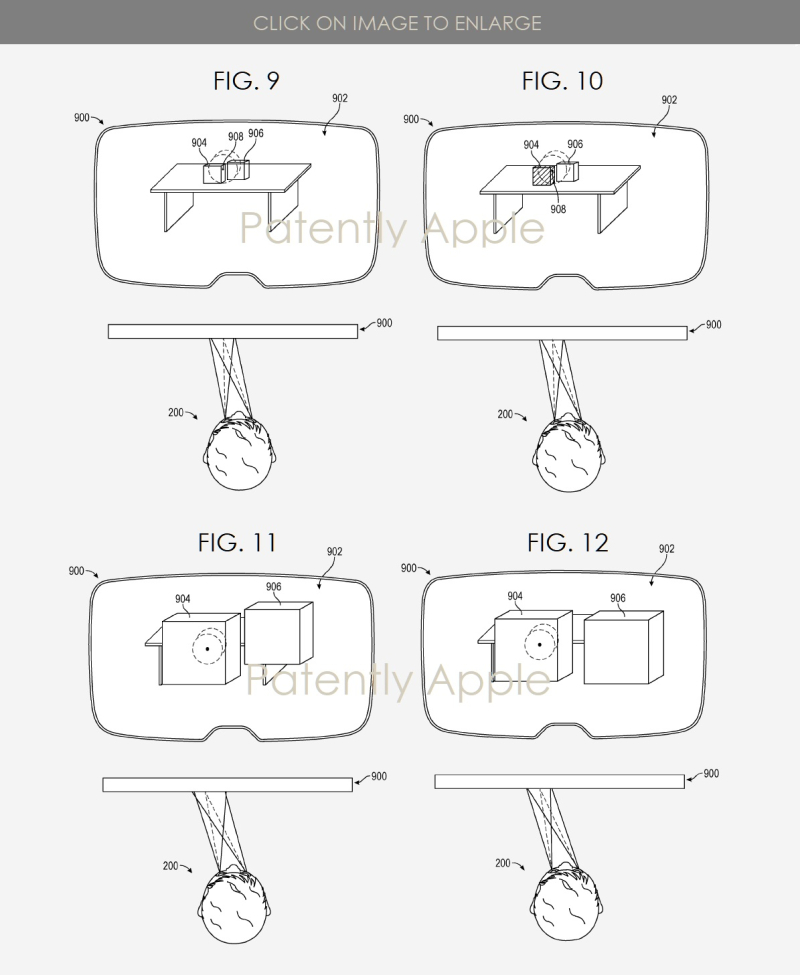 Apple's patent FIG. 11 above depicts an embodiment in which object #904 and object #906 are enlarged (e.g., moved closer to the user) while maintaining their relative size and position;

Apple's FIG. 12 above depicts an embodiment in which object #904 and object #906 are enlarged and re-positioned relative to each other such that the objects are displayed side by side at the same depth.

Apple's patent application that was published last week by the European Patent Office was originally filed back in Q3 2018. Considering that this is a patent application, the timing of such a product to market is unknown at this time.

Two of the three inventors listed on the patent application include Michael Kuhn, Software Development Manager who came to Apple via Metaio who seems to be behind many of Apple's HMD device patents. The second inventor is Justin Stoyles who was Sr. Engineering Program Manager (ARKit Augmented Reality, Animoji and Memoji) and has recently left to work at Ruku Inc.

The Industry trend of developing head mounted displays is hot as far as Intellectual Property goes. While this report makes it the eleventh HMD related patent published since March of this year, a new Google patent filing surfaced this month for an advanced HMD that also uses gaze as a vital technology as well as noted below. 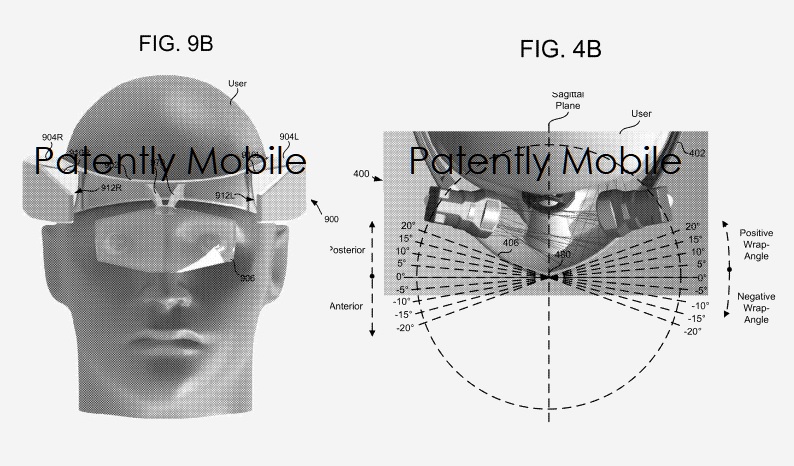 Google's patent notes that "the detected position and orientation of the HMD may allow the system to detect and track the user's head gaze direction and movement.

In some implementations, the HMD may be configured so that the detected gaze is processed as a user input to be translated into a corresponding interaction in the AR experience. The full Patently Mobile report on Google's HMD could be reviewed in full here.