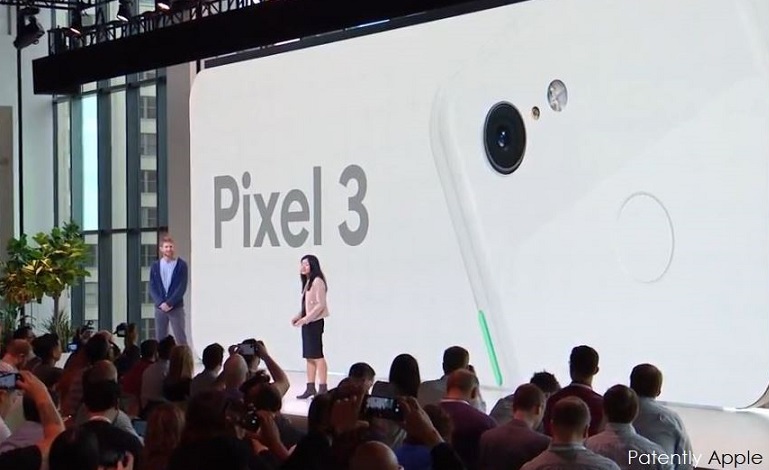 The day before Apple reports their financial results for Q2 2019, Google’s parent company came up short of expectations as all of its major sales categories performed slightly worse than projected in the first quarter. Another big fine out of Europe also dinged the company’s earnings.

Of particular interest is that sales of the Google-made Pixel smartphone are falling, company executives said in its first quarter earnings call on Monday, further pointing to the tech giant's struggle to build a meaningful hardware business.

Although Google is typically tight-lipped around such metrics, CFO Ruth Porat shed light on the Pixel struggles to explain its slowing year-over-year growth for "other revenues" — which include revenue channels, like cloud and hardware that are outside its core advertising business.

Growth in Google's "other revenues" slowed from an increase of 35% year-over-year in 2018 to 25% in 2019. The tech giant's parent company Alphabet saw its stock drop over 7% in after-hours trading on Monday. For more on this read the full Business Insider report here. 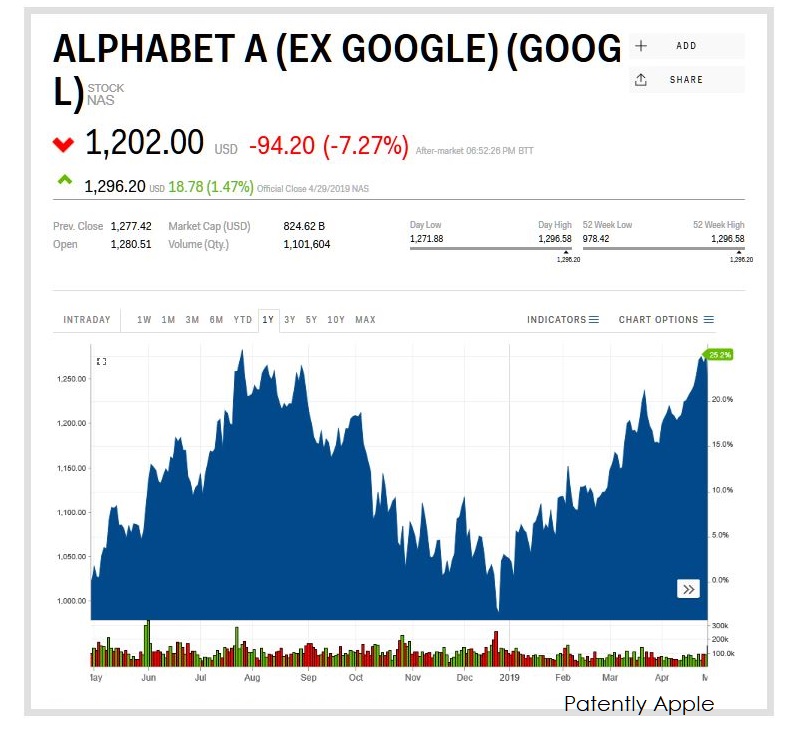 Google is seeing decelerating growth after consistently expanding at 20% or more in prior periods. Revenue increased 17%, down from growth of 28% a year earlier, and ad sales rose 15%, down from 24% a year ago. 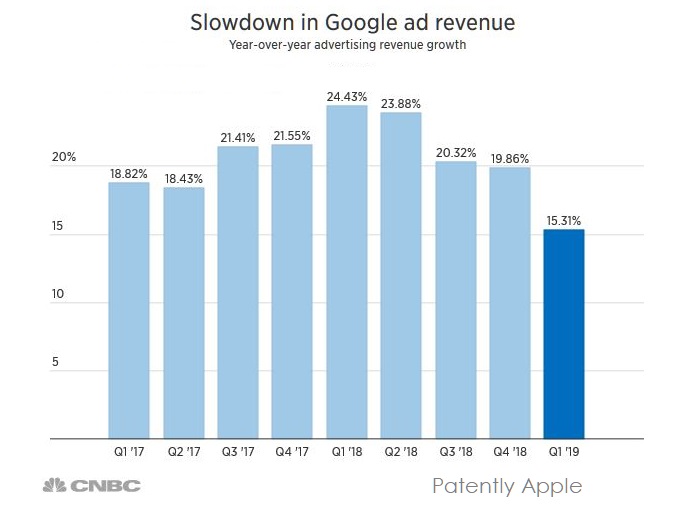