In 2016 Patently Apple posted a report titled "Barclays Finally Supports Apple Pay at more than 400,000 Contactless Points around the UK." Barclays has always been trying to beat Apple Pay and we're learning today that Barclays Plc is preparing to merge its wearable mobile payments product BPay with its more popular Pingit app, after it struggled to attract users.

The two products currently require retail customers to download and maintain two separate apps -- one for Pingit, which supports peer-to-peer transactions and international money transfers, and another for BPay, which lets people top up pre-paid credit onto wearable accessories for making contactless payments.

BPay launched a wearable band or key fob in 2014, prior to the U.K. roll out of Apple Pay. But while Pingit currently has 3.6 million users, BPay has users "in the high tens of thousands," a Barclays spokeswoman said in a statement.

The merger comes as retail banks try to adapt to the needs of consumers increasingly used to using their smartphones to manage their finances. Barclays Chief Executive Officer Jes Staley said in October the industry needs to defend its advantage from lighter-regulated tech companies such as Amazon.com Inc. and Apple Inc., calling payments "the battleground of finance over the next 15 years."

For more on this, read the full Bloomberg report titled "Barclays to Merge BPay, Pingit Products as Banks Fend Off Apple," here.

A report posted by Statista last month showed that Apple and Google Pay only held 2% market share in the U.S. for online transactions. Amazon held 5% while Paypal had a huge lead with 22%. 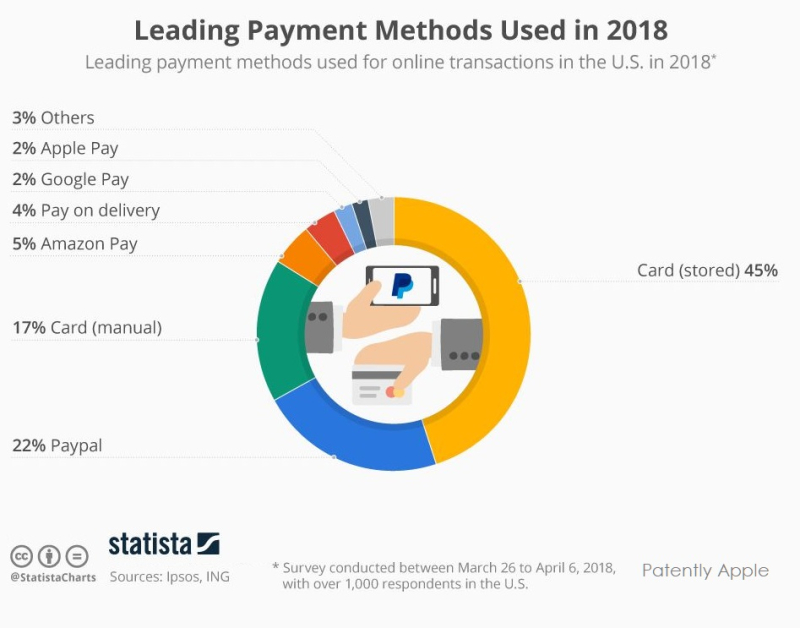 When you see all of the banks that Apple is working with to promote Apple Pay, it's rather surprising that Apple Pay holds such a small percentage of online transactions.