While the release of the first iMac in 1998 marked the beginning of Steve Jobs’ second stint at Apple and the company's return to form, the Mac line has done little more than lay the groundwork for what makes Apple the most valuable company in the world two decades later.

While Apple's iMac has evolved nicely over the years with finer details, it's financial relevance for Apple's bottom line has waned as clearly illustrated in Statista's chart below. The iPod, iPhone and iPad took center stage for Apple which drove them into becoming one of the richest tech company's on the planet. Though in Wall Street's eyes, the iPhone defines Apple even until this day. The Mac is a distant memory. 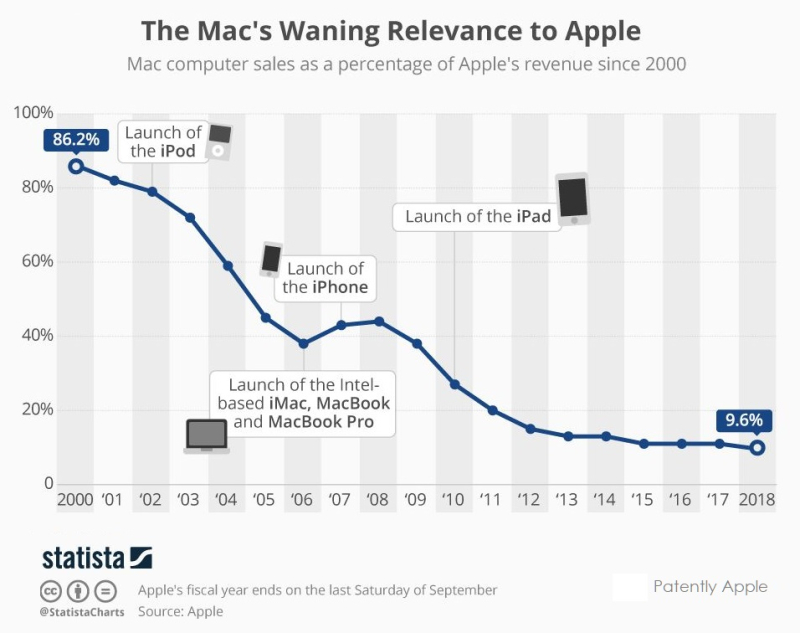 Apple's most popular desktop computer, the iMac, received a long-awaited update this week. Apple teased fans on their iMac website that the new iMacs were "Pretty. Freaking powerful."

Though in light of the Mac's relevancy chart showing a drop from 86.2% in 2000 to a measly 9.6% in 2018, you could understand why Apple has been slow to deliver updates for MacBooks and the iMac. 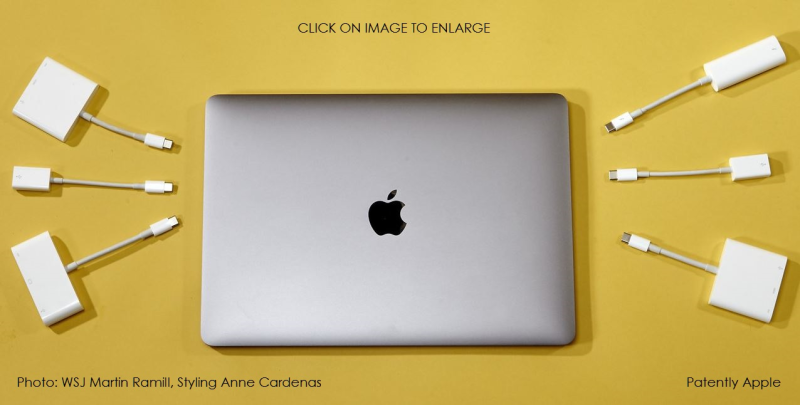 MacBook fans raised hell back in 2016 when the MacBook Pro focused on thin instead of what Pros needed. The dongle mess really angered some. Last April Apple's hardware team made it clear that the new modular Mac Pro wouldn't arrive until 2019, so we may see that roll out later this year with new Intel processors expected in Q4.

Apple may be wanting to keep the history of Apple alive when Macs meant something, because the chart makes it clear that it's a shrinking market that will likely remain an afterthought for Apple.

Apple's pro community is also a very vocal group that could still give Apple a PR headache. So Apple will try to appease this niche instead of losing them in a loud public divorce. The old PC crowd will eventually slip into the sunset, so Apple will, for the time being, play along.

After Steve Jobs passing in 2011, many in the press began wondering aloud if Apple still had it in them to innovate. Phil Schiller got all up in arms over that sentiment and during his 2013 WWDC keynote while providing fans with a sneak peak of their new Mac Pro design he blurted out: "Can't innovate anymore, my ass! The crowd lapped that up and gave him the loudest round of applause of the event.

However, reality sunk in and six years later pro fans are still waiting for the next Mac Pro update. Though to be fair, Apple has introduced the iMac Pro line-up which I'm sure has been sufficient for most.

Whether Phil Schiller will give Apple's Pro community another "Sneak Peak" of Apple's next-gen Mac Pro on June 3rd is still a big question but I think that the pro community would like to see Schiller kick ass one more time.