One of Samsung's latest granted patents covers an invention that relates to using a future Galaxy Watch to control home devices with wrist gestures that could turn the channel on a user's TV, to turn on a washer or dryer, to raise or lower air conditioning or heater temperatures all with a simply gesture while wearing their watch.

While the focus of the patent is definitely on a future Galaxy Watch being able to interpret wrist gestures from a user, Samsung also lists other applications that could one day use the same technology, such as a smart ring, smart glove, smart bracelet or smart apparel such as a jacket.

Samsung's patent FIG. 4 below shows a general diagram of the algorithm implemented in the future Galaxy Watch; FIG. 19A shows a trigger signal being carried out via a gesture to select the television as the device to be controlled. FIG. 19B shows a command gesture subsequently carried out to change the television channel. 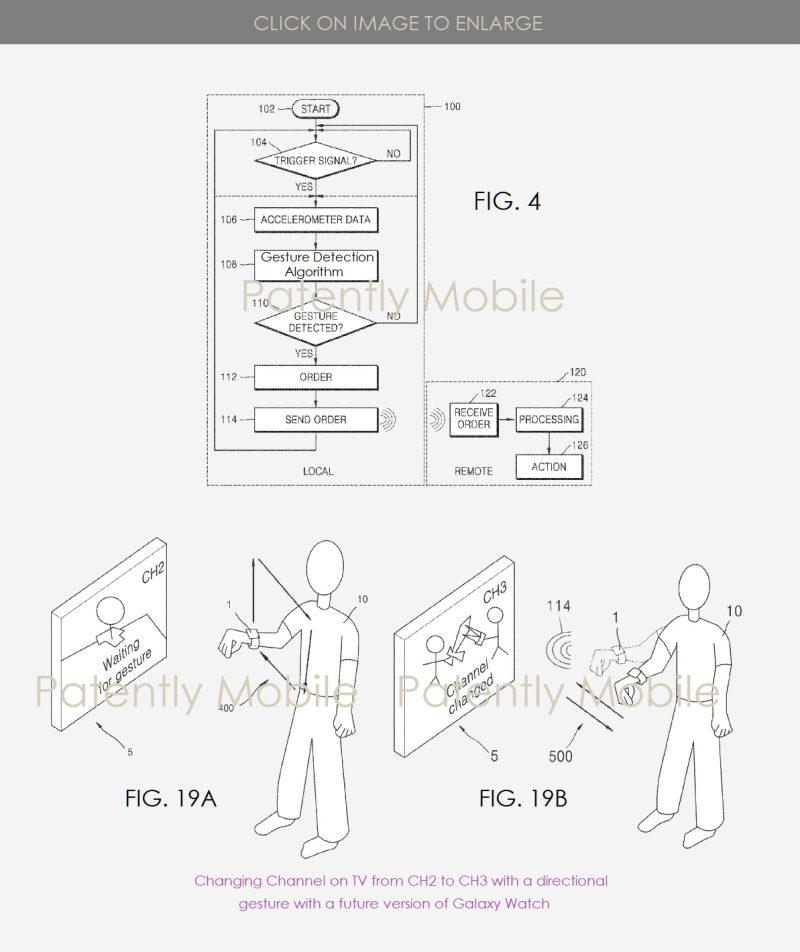 For more about this invention, see Patently Mobile's full IP report here. The invention derived from Samsung Madrid, Spain, was submitted in 2015 and granted by the U.S. Patent office earlier this year.