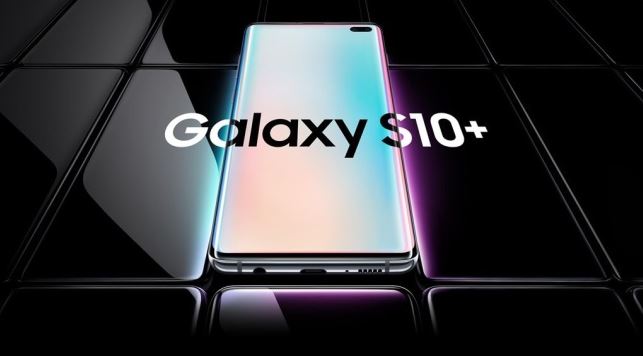 A news report out of Korea states that Samsung's Galaxy S10's early sales are slower than the Galaxy S9. The Galaxy S9's first day sales were 180,000 versus 140,000 for the new S10. Their Galaxy Note 9 sold better on day one sales of 200,000 last August. Analysts believe the reason for the drop in sales could be due to Samsung's S10-5G model coming out in May.

More importantly, the Carriers (SK Telecom, KT and LG Uplus) believe this is the case as well and are currently running marketing campaigns that they'll exchange the 4G-based Galaxy S10 for the latest 5G Galaxy S10 when it is released.

Samsung reacted angrily by stating that the reports are using wrong statistics but failed to release S10 sales data to back up their argument.

On another front, Bloomberg is now reporting that Samsung is jittery about their new Galaxy Fold due to the press favoring Huawei's Mate X foldable design. The company has made it known that other models are in the works including  "one that folds away from the user similar to Huawei Technologies Co.’s Mate X." Below are patent figures from a "foldout" Samsung patent application published in late 2018. 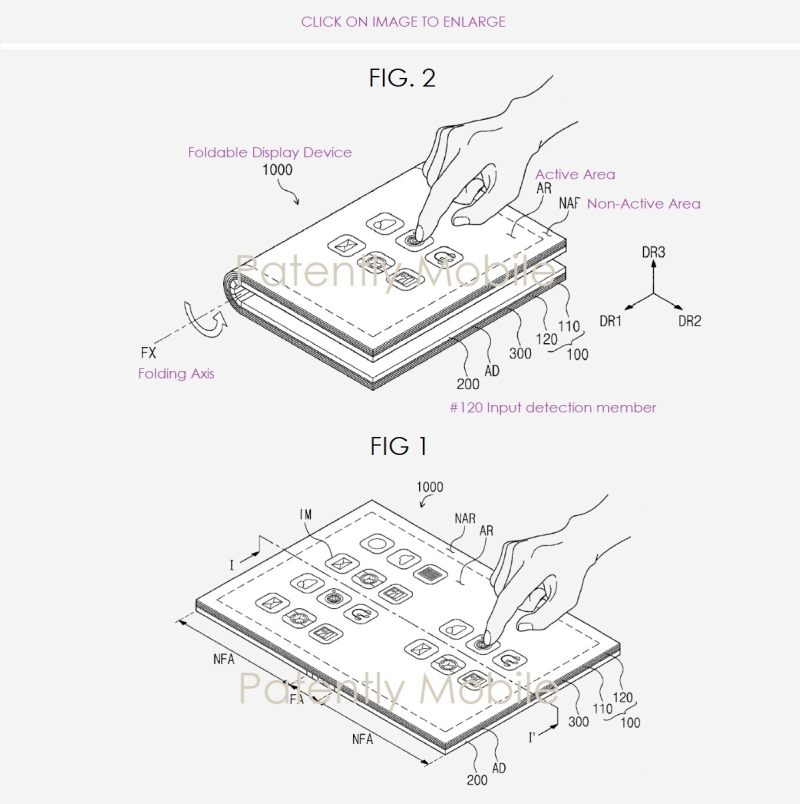 The other design Samsung is thinking of bringing to market is a "clamshell" style. Samsung has many such designs on record (01, 02 and 03) including  this one that presentes the patent figures illustrated below. 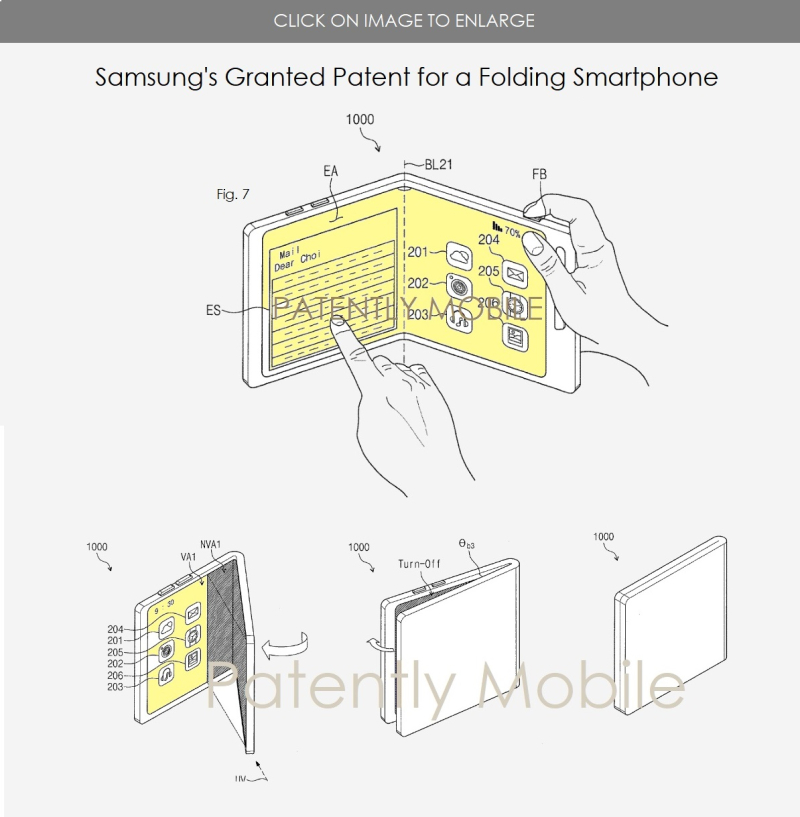 Bryan Ma, vice president of devices research at IDC told Bloomberg that "No one knows what the ideal design is yet. The time is ripe for experimentation. Many of these designs won’t be successful, but industry players will learn valuable lessons along the way."

Bloomberg's report further notes that "While Samsung works on new models, it’s also trying to improve the durability of the Galaxy Fold’s display. They’re trying to eliminate a crease that appears on the panel after it’s been folded about 10,000 times, and Samsung is considering offering free screen replacements after releasing the product, one of the people said."

Samsung's confession of this folding crease problem appearing after 10,000 folds just made Corning's case that a breakthrough is needed and foldable glass is close at hand.

Yesterday's Wired report stated that "Corning is working on ultrathin, bendable glass that’s 0.1 millimeters thick and can bend to a 5 millimeter radius."

The Bloomberg report added that Samsung had been working on the foldable smartphone project for 8 years and our Patently Mobile IP blog began archiving Samsung's multitude of foldable smartphone patents going back 7 years . You could review the historical evolution in their designs and thinking here.

Bloomberg humorously reported that "Samsung forecasts production of at least 1 million foldable phones this year. The launch of the device comes as the world’s biggest phone maker tries to lure back consumers who have become used to incremental upgrades and are being wooed by Chinese manufacturers’ lower-priced smartphones."

Samsung has lost tens of millions of customers over the last few years and a $2,000 folding smartphone that will have creasing display problems down the road isn't exactly going to be able to "lure" back many of those fans that have left them for smartphones made by Xiaomi, Vivo, OnePlus and others primarily based on cheaper prices.