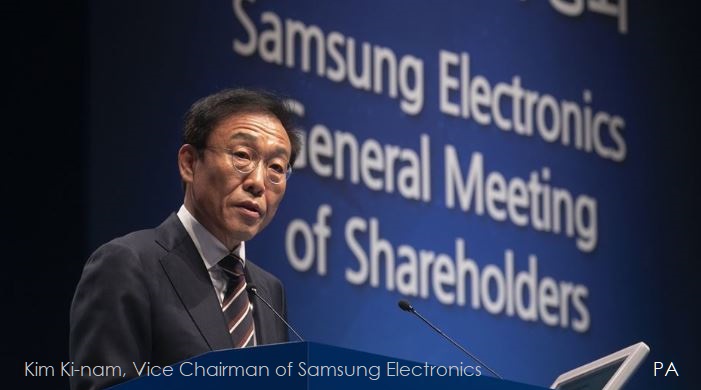 Kim Ki-nam, Kim Hyun-suk and Koh Dong-jin, the respective heads of the DS, CE, and IM divisions, made the remarks during a general meeting of stockholders at the tech company's Seocho office in southern Seoul.

Kim Ki-nam, vice chairman of Samsung Electronics who heads their Device Division stated that "The Device Division is expected to have a difficult year as the smartphone market, which has driven demand for semiconductors and parts, is slowing down, and data centers have reduced their investment."

Kim added, "We believe there should be opportunities despite a crisis," Kim said, vowing to focus efforts on developing next-generation products such as sixth-generation V-NAND.

Koh Dong-jin, president and head of their Mobile Division, said the growth of the smartphone market this year is expected to be stagnant due to the slow global economy.

Further, Koh stated that "Samsung Electronics will also enhance its leadership in the premium smartphone market to create growth momentum."

Koh added that the mobile division will create a new segment by launching a 5G-enabled foldable smartphones.