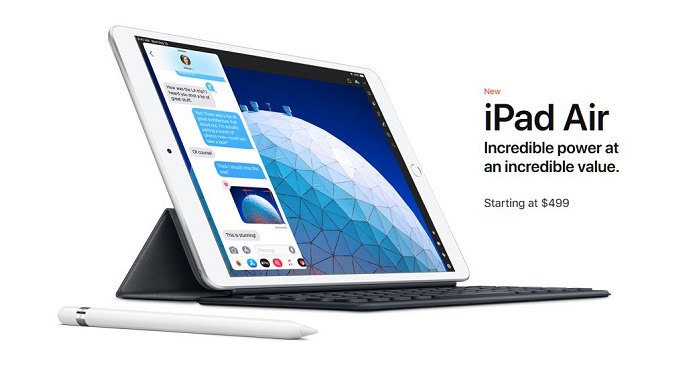 On Monday Apple refreshed its iPad line-up with new iPad Air and iPad mini models. Statista reports that "While still the best-selling tablet in the world, the iPad has lost a bit of its magic in recent years. Unit sales have declined for five consecutive years since 2013, as longer upgrade cycles compared to phones and the rise of phablets thwarted tablet sales

While Statista's report decided to see the glass as half empty, I see the glass as being half full because the chart tells me that Apple's last three years of iPad sales have stabilized to it's likely realistic market size that's sustainable.

Although iPad sales were still in free-fall in 2015, Apple introduced the iPad Pro in November of that year. Since its introduction Apple's iPad sales have shown to have stabilized. Over the last three years iPad sales appear to be in a sustainable realistic range without any major deviations.

Considering that Apple now has many competitors selling tablets, such as Samsung, Microsoft, Huawei, Amazon, Lenovo and others, I think Apple's stable iPad sales are a positive sign. As long as Apple's iPad sales stay above the 53 million mark, shareholders should be pleased until the next major iPad refresh with multiple new features.

Monday’s big event is about Apple's new focus: Services. Apple will be unveiling new video and news subscription service in a bid to further strengthen its thriving services business.

Statista notes in their report that Apple’s services segment accounted for $37 billion in revenue in Apple's fiscal 2018 (which ended September 29, 2018), making it the second largest contributor to overall sales behind the company’s cash cow, the iPhone, which accounted for 63 percent of total sales. 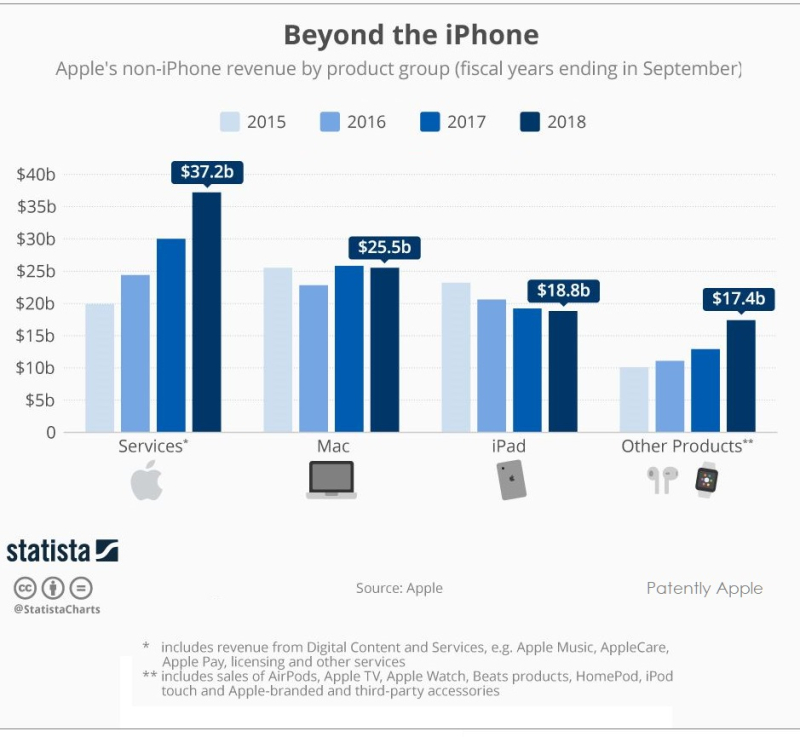 With Apple Music, Apple Pay, iTunes and the App Store as well as iCloud and Apple Care, Apple’s services business has become a beast of its own in recent years, more than doubling from $16.1 billion in sales in 2013 to $37 billion in 2018.

The company’s ambitions go much further than that though, as Apple executives have said they plan to hit a target of $50 billion in services revenue by 2021.