As the news hit the wires on Friday that a jury in a San Diego court found Apple guilty of infringing three Qualcomm patents to the tune of $31 million, Maxell Ltd filed a new patent infringement case against Apple. Maxell is the world leader in batteries, one of the global leaders in professional broadcasting media and one of the global leaders in removable data storage media.

In 2010 it was announced that "Hitachi Maxell" was wholly owned subsidiary of Hitachi via a Share Exchange. The reason for mentioning this point is because seven out of the ten patents found in Maxell's patent infringement case against Apple are in fact Hitachi patents. Under a 2013 agreement the patents of the two companies were put under Hitachi Maxell, Ltd, the infringement case notes.

In an overview of the complaint before the court, Maxwell in-part states:

"Since at least June 2013, Apple has been aware of Maxell’s patents and has had numerous meetings and interactions regarding its infringement of these patents. These meetings included Apple’s representatives being provided with detailed information regarding Maxell’s patents, the developed technology, and Apple’s ongoing use of this patented technology. Through this process, Apple’s representatives requested and received detailed explanations regarding Maxell’s patents and allegations. Maxell believed that the parties could reach a mutually beneficial solution and to that end considered a potential business transaction and continued to answer multiple inquiries from Apple over the course of several years, including communicating with Apple as recently as late 2018.

Apple elected, however, not to enter into an agreement and did not license Maxell’s patents. Instead, Apple continued, and continues today, to make, use, sell and offer for sale Maxell’s patented technology without license."

Maxell and Hitachi Patents listed in this lawsuit

Quick Overview of What Maxell is Claiming that Apple Products Infringe

Maxell Patents 6,748,317, 6,430,498 and 6580,999: according to Maxell, "Eight years before Apple released its first GPS-enabled iPhone and five years  before Google launched its first Maps product, the inventors of the ’317 Patent were experimenting with ways to deliver navigation services to the small sized screens of cellular  phones that were available in 1999."

Services like Apple "Maps" and "Find My Friends" and walking navigation that's part of Maps infringe on Maxell's patents. They present a long list of Apple devices that use these services and therefore infringe on their patent including the new iPhone X family of smartphones.

Maxell Patent 8,339,493: According to Maxell, Apple's back side cameras on iPhones from the iPhone 5s through to the iPhone XS Max infringe on their camera patent. Other products listed are iPads and more.

Maxell Patent 7,116,438: According to Maxell, Apple's AirDrop infringes this patent.

Other Apple services that allegedly infringe on Maxell patents include FaceTime (with image below illustrated); Do Not Disturb (on iPhone, iPad and iPod touch); Low Power Mode on iPhone; Unlock Apple Watch with iPhone and more. 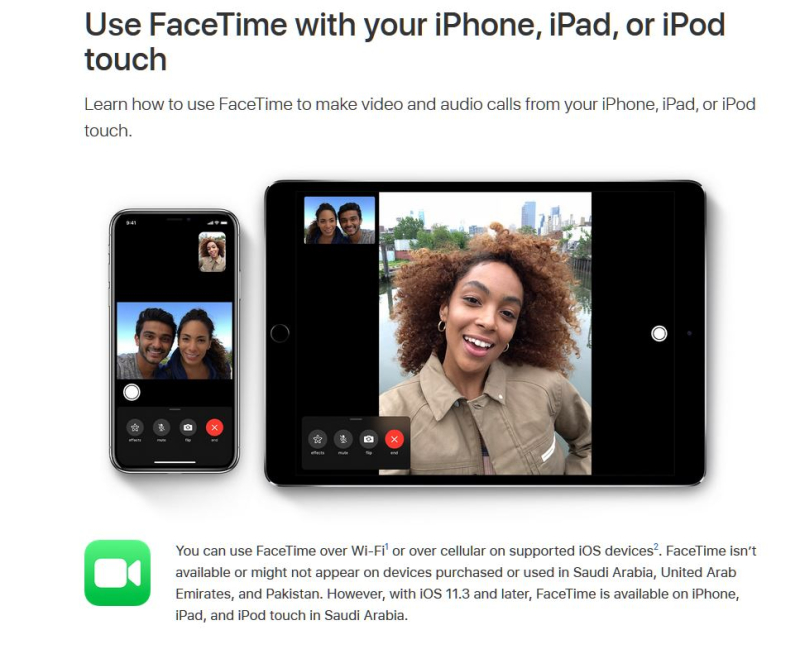 Maxell vs Apple by Jack Purcher on Scribd 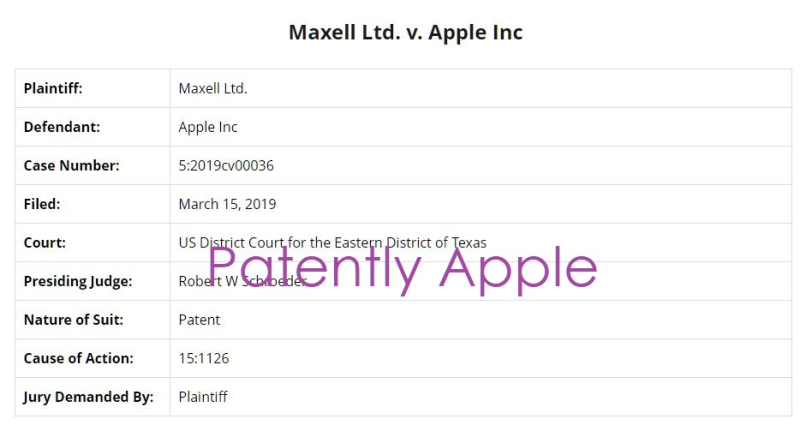