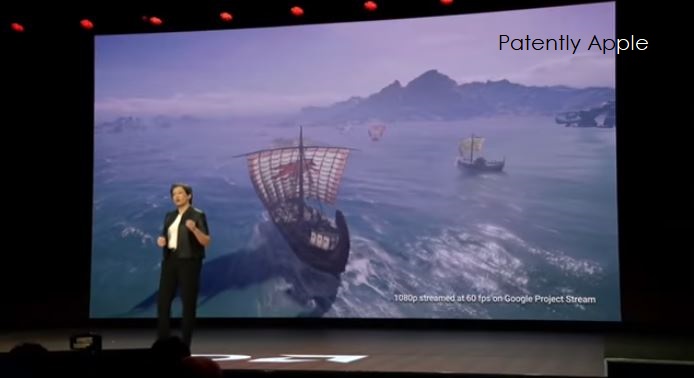 It was a surprise to hear about AMD partnering with Google for Project Stream an online game streaming service. AMD's CEO showed a clip from the game Assassin's Creed Odyssey at 1080p at 60fps. It was as good as when I played it on my PS4. The service is really gearing up for 5G over time when higher resolutions may be available. Patently Apple covered this in two reports in January (01 and 02). In today's report we briefly look at Google's game controller that they filed a patent for.

One of Google's inventors is Christopher Jones, Strategic Account Manager at Google Cloud, which makes sense for a cloud based gaming platform and gaming controller.

The last update to this continuation patent and invention was made in October 2018, though history shows that Google has been working on this  online gaming controller for five years.

Google's patent figure 4 below illustrates an overview of the game controller top and backside for their future Project Stream gaming service. This isn't a design patent so the final product is likely to be a lot slicker. 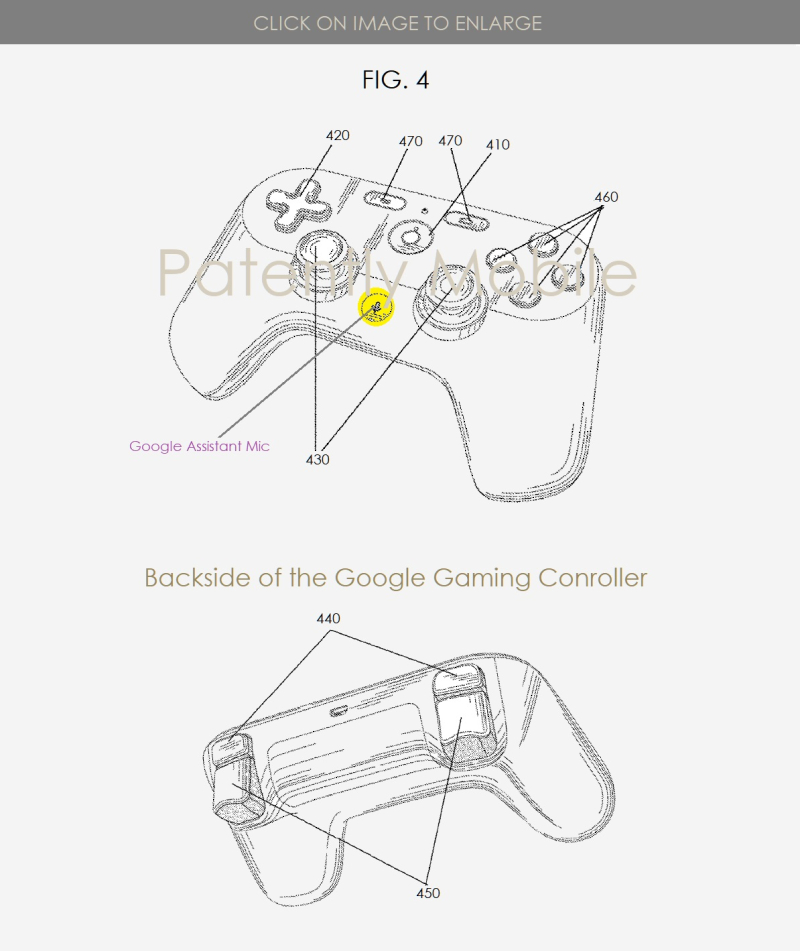 The one thing that stands out immediately is the center bottom button that shows a Google Assistant mic that could help a user setup a gaming chat session or make various requests with the Google service. 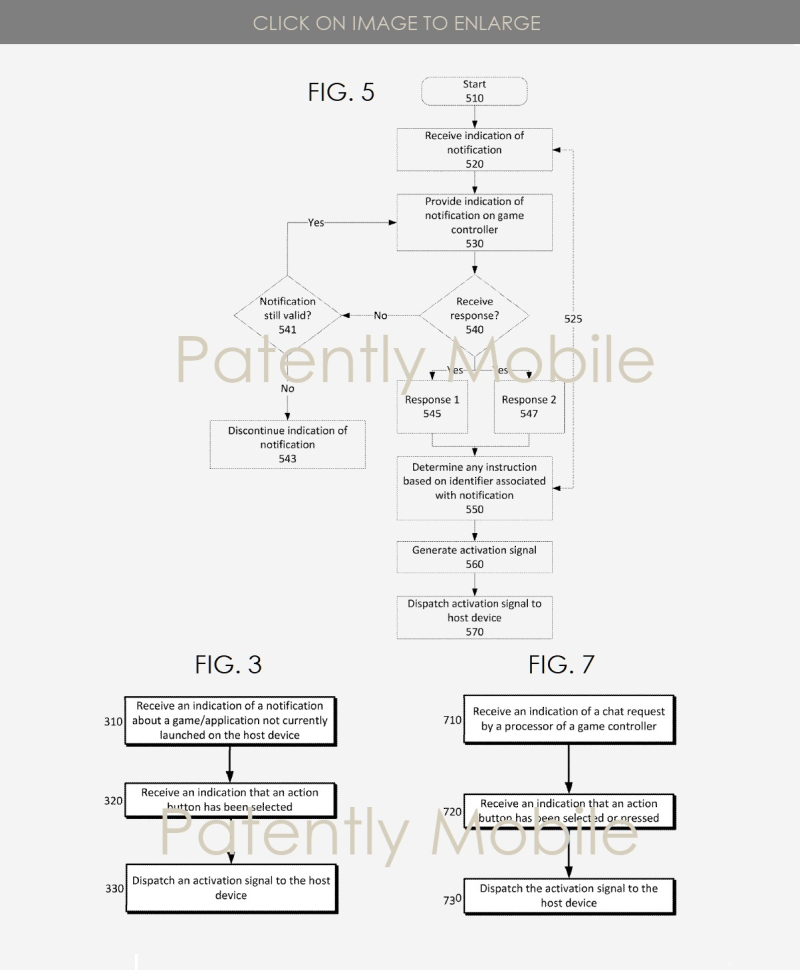 Lastly, Google's patent makes a big deal out of the controller's notification system. Google notes that "The indication of a notification about a game that is not currently launched on the host device may refer to an audio and/or visual cue provided by the game controller.

Although Google's Project Stream was presented during the AMD Keynote at CES back in January, no official date for the service was made at that time. It's highly likely that the service could launch in connection with one or more partners launching 5G services or with Samsung's next generation smart TV that will support Apple's iTunes. Yet whenever it launches it could be a big hit for Google with consumers if the pricing of games are right, especially rentals. Getting the rental prices of games right is really the key.