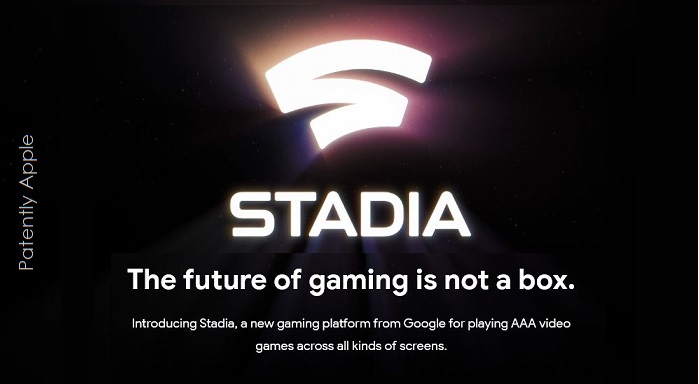 Anyone watching Steve Jobs keynote introducing the iPhone in 2007 knew they were watching a bit of history. It was a game changing moment and a game changing device. Today when watching Google's big event unfold that was deadly focused on rolling out their new online Gaming Platform called 'Stadia,' it felt the same way.

Of course we still don't know the pricing model yet which could spoil it all in the blink of an eye – but we should know more details later this summer. Being able to play 4K gaming online in 2019 and then 8K gaming a year or two down the road is going to be very, very hard to beat considering that users will be able to play games on any device they have – tablet, TV, PC, smartphone and more.

In the future you'll go to a site like Ubisoft, see a game you like, press the "play" for Stadia and in 5 seconds the user will be playing the game. That's faster than loading a CD on a PS 4.

Are you having hard time with a particular game level or puzzle? No more putting the game on hold and finding a tutorial on YouTube. Now with a single touch of a button on their new gaming controller (shown below) the user will be able to go to a tutorial instantly. Pressing the button again puts the user right back where the left off seamlessly. I have to say that I clapped for that feature.

Last week I covered a patent by Google for a game controller that I posted on both Patently Apple and Patently Mobile. Google indeed introduced it at their event today. The only difference from the patent figure is that they mixed up the buttons as I've outlined with red arrows below. 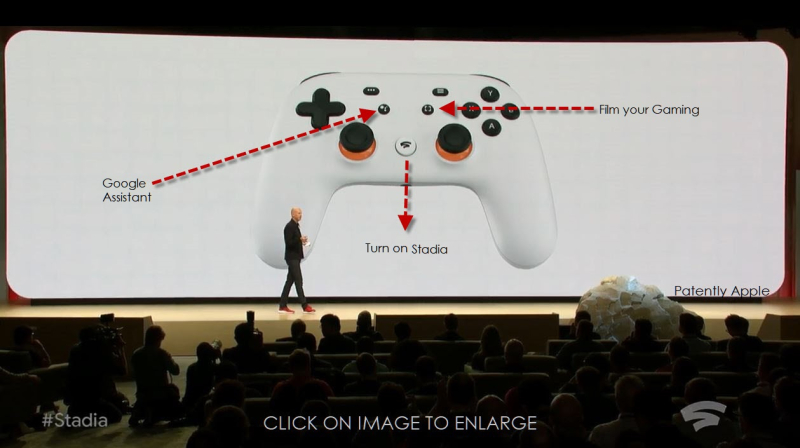 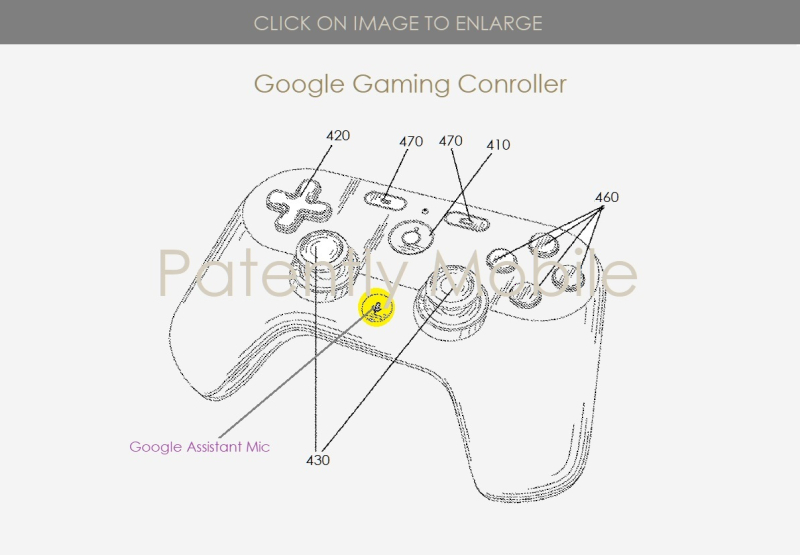 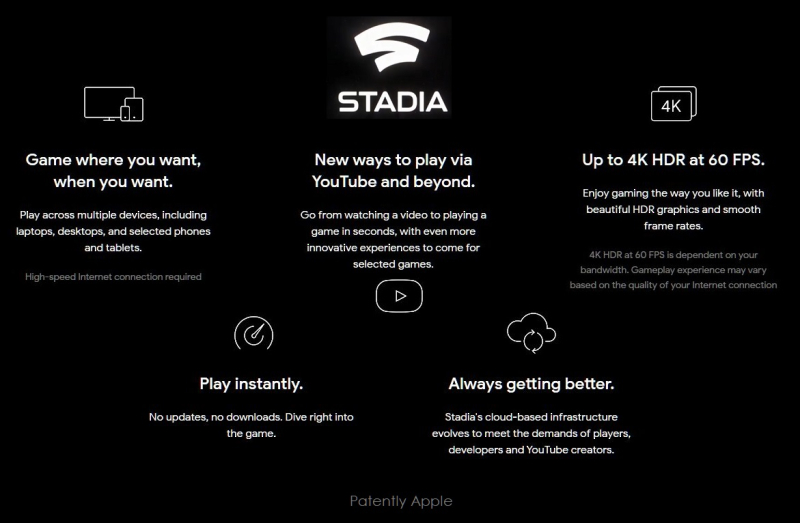 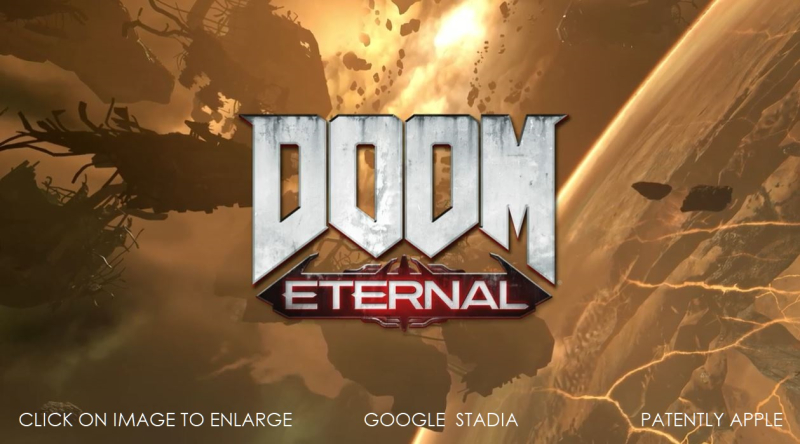 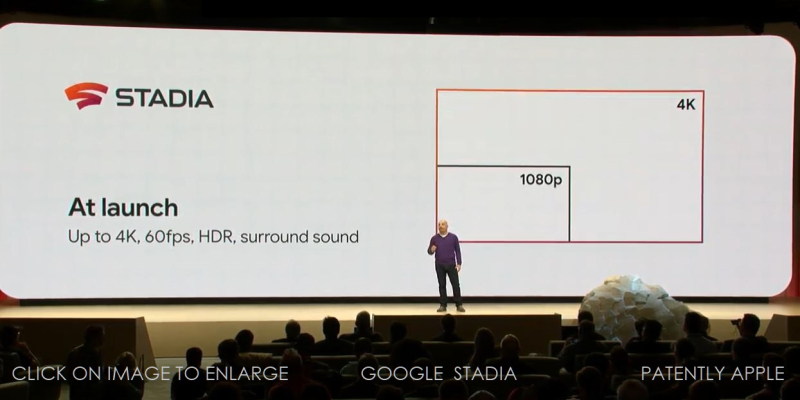 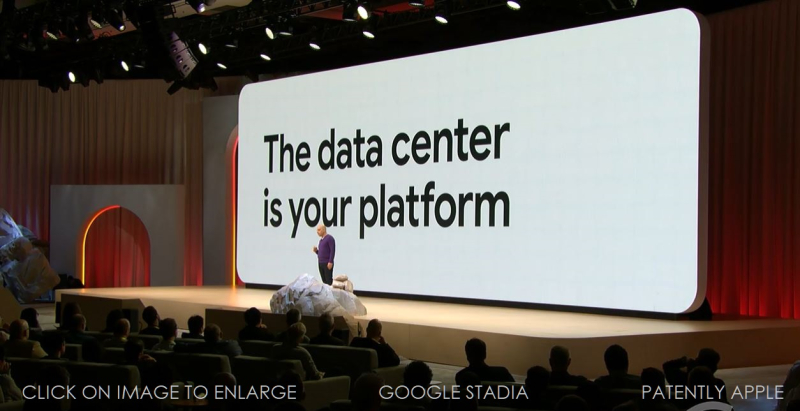 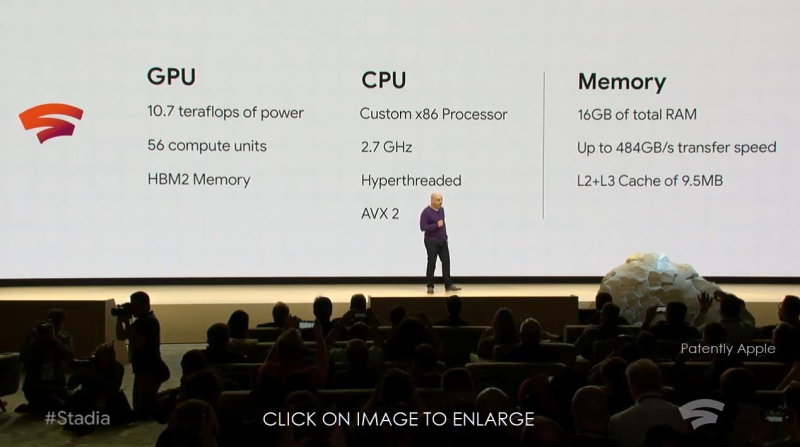 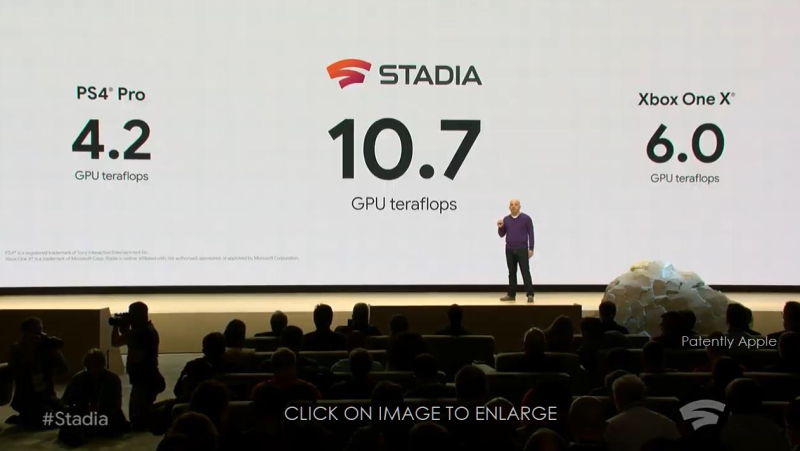 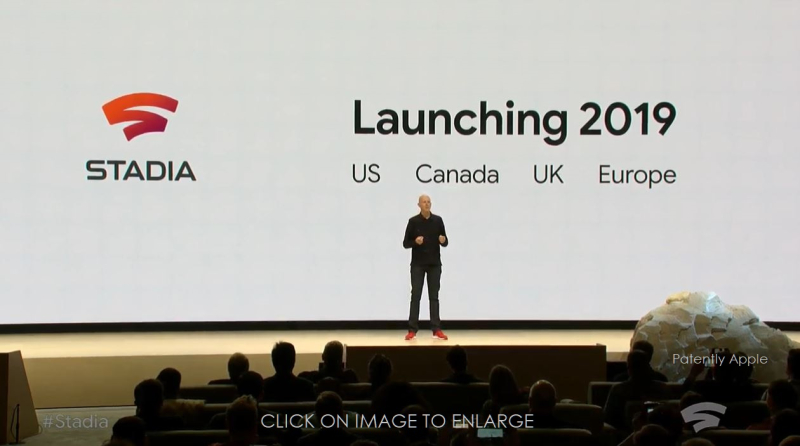 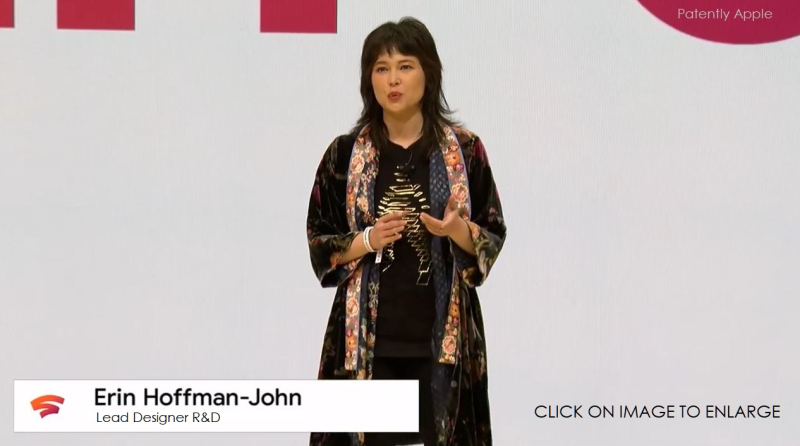 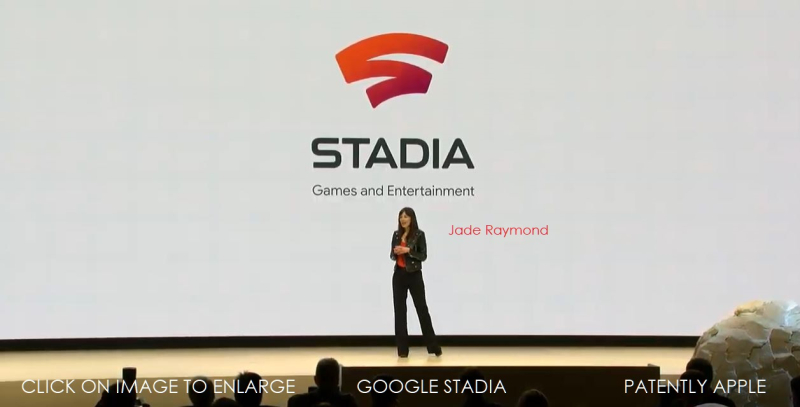 Jade Raymond, VP and Head of Stadia Games and Entertainment (Montreal, Canada). Jade worked at Ubisoft and co-created the Assassins Creed franchise up until 2014 and then went on to Electronic Arts both in Montreal and Vancouver, Canada.

Google's Stadia is Gaming but also Entertainment which wasn't touched on in today's event. More on that is likely to be announced later this summer, according to Google.

With Google hitting it out of the park today just put a lot of pressure on Apple's March 25th event to be sure.

While an Apple based Netflix-like service coming next week will be welcomed by many Apple fans, it's certainly not anything ground breaking from what we know so far. Then again, Apple may have a few surprises up their sleeve for next week's event that could rock the market.

In fact, I almost pray that there will be a few powerful surprises or we'll be looking back at today's Google announcement and see it more like some kind of cosmic sucker punch.

All of a sudden, March 25th seems like a year away. Will Apple be able to match the impact of Google's gaming platform surprise announced today? Fingers crossed.